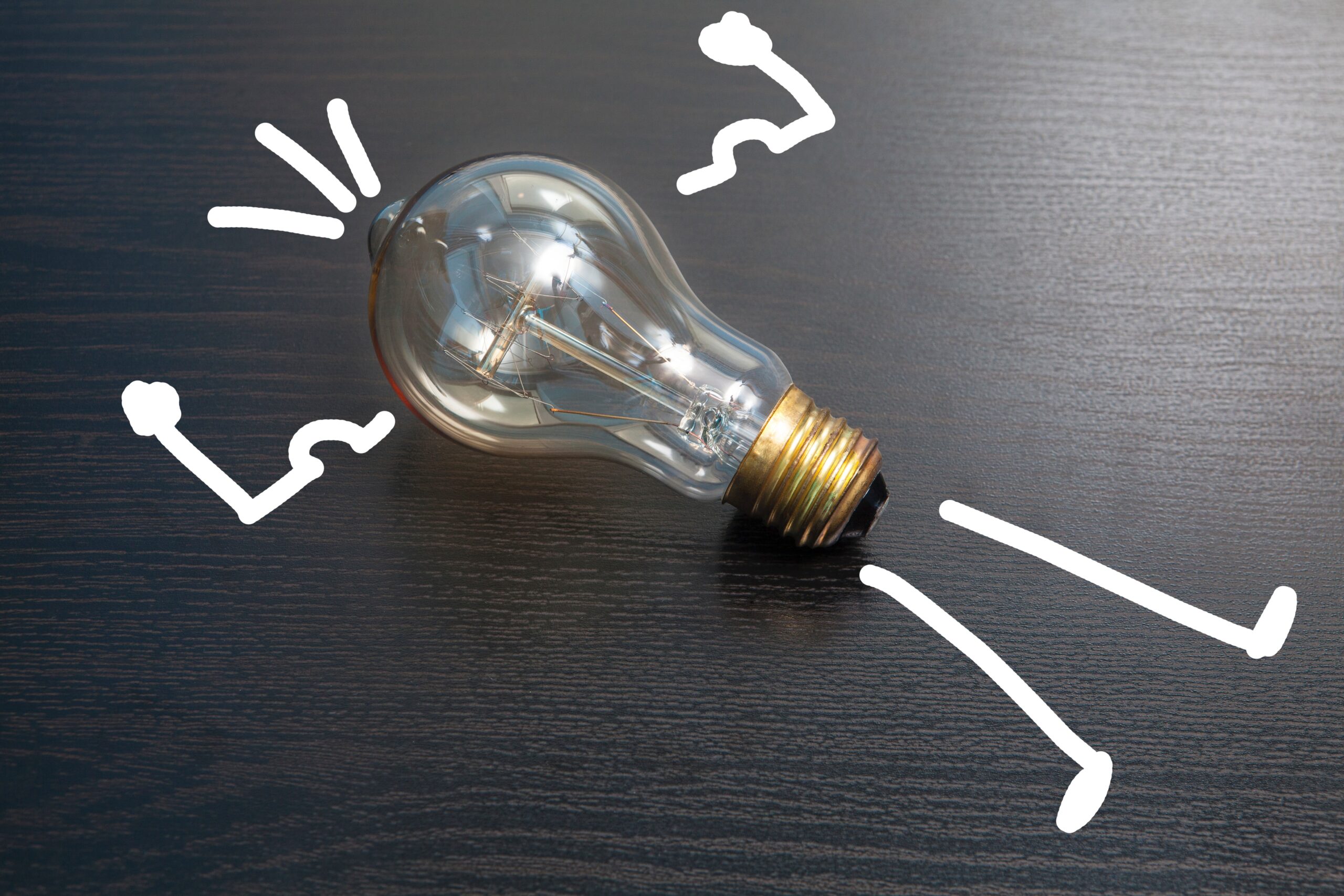 The figure of genius is the daughter of the Romantic era.

Before, they’re known as wise men, scholars, or artists with great skills. There was no doubt that the impressive attributes of these characters were the fruit of discipline and uncompromising dedication. In fact, the most admirable thing for the Greeks, for example, was the perseverance in the methods to reach perfection in some areas.

With the postulates of Romanticism, the “genius” appeared as a gifted being more than any other human being, by indefinable forces. and their abilities were considered “gifts.”

In this brief guide, we’re going to answer the question “How can I be a genius?’’ different types of genius,some tips to become in one, and if genius are born or made.

How can I be a genius?

Next in the list below, we’ll show you the best tips to become a genius:

For many years have you fantasized about being a genius? Smartest in the class? Would you like to be admired by many thanks to the power of your intellect?

You imagine yourself pulverizing your debating adversaries with relentless logic. Leaving them with a blank stare, like boxers when they are knocked out, stammering not knowing what to say next.

Exceptional intelligence is at your fingertips and we’re going to give you the keys to achieve it. What’s more, in this article we’ll reveal the secret for you to become the next Leonardo da, Vinci.

The reality is that intelligence isn’t a fixed trait, we can expand our intellectual capacity in an extraordinary way through effort, patience, and discipline.

According to a professor of psychology Dean Keith Simonton, who has devoted just over three decades to the study of genius, there are two kinds of geniuses. One is those who were born with great capacity. This kind of genius is what is measured by IQ tests.

A large part of the variation in people’s intelligence can be explained by genetic factors. Just as there are some physical traits that can give them advantages in sports. There are also neural configurations that provide greater innate intellectual capacity.

The other type of genius is obtained. Some of the greatest intellects that have ever walked the earth weren’t born being, they’re made.

Charles Darwin, undoubtedly one of the greatest, belongs to this group. Despite not having the advantage of genetic inheritance, he achieved unquestionable feats. Darwin knew that others had a natural capacity superior to his, as he expressed it in his autobiography:

‘I don’t have a nimble wit, nor the great quickness of understanding that is so remarkable in some intelligent men … My memory is so poor that I have never been able to recall a single date or a few lines of poetry for more than a few days ”

The decision to expand our capabilities must come from ourselves. It’s difficult to acquire mastery in some fields if we do it to please someone else.

Being motivated to learn is essential. “Motivation is the first step in acquiring any kind of skill. It’s hard to learn something if we don’t see any value in it, ”says Ulrich Boser in her book Learn Better.

If we find the things we’re learning useful for our lives, we’re willing to make a greater effort, we persevere more in the effort.

“Motivation to master comes from the power of meaning.” If what we study is important to us, we try harder.

The brain is extremely sensitive. If we feel capable of learning something, we’ll.

If we consider ourselves competent to learn, we’ll learn. And if we believe that we’re doomed to fail, we will fail, and not only in our behavior but also at the most basic neural level.

Now you know, autonomy, courage, and competence are the keys to being a genius.

Are there different types of genius?

“If you get high marks, while you stay in school you will think that you are very intelligent. But if you visit a farm, a forest or a theater you will see that other intelligence is important,” says Howard Gardner, a psychologist at Harvard University, to the web Big Think, a forum specialized in scientific and educational content.

Gardner won the 2011 Prince of Asturias Award for his theory on “multiple intelligences”, which allows recognizing the genius in people that the traditional educational system doesn’t value or consider mediocre.

There are eight types of intelligence that Gardner clearly differentiates, and each one of them has its own sparkle of genius.

We’ve all had a partner with an extraordinary ability for numbers and logic. These geniuses often identify patterns, solve, and pose problems with ease.

They always understand before anyone else the meaning of a poem or a novel. Words are his thing.

Those who excel at this type of intelligence navigate the pages of a book like expert sailors, write with ease, and are the center of attention when telling a story.

They’ll do better than most if they dedicate themselves to literature, journalism, or certain social sciences.

This isn’t only the ability to appreciate music but also to decipher it and even create it.

Musical geniuses are recognized very young for their ability to follow rhythms or play various instruments.

However, many consider music to be a talent and not intelligence.

Geniuses with this type of intelligence draw easily, are good at crafts, and have a developed sense of location.

Someone with these skills will excel in architecture, drawing, and some types of engineering. In another sense, sailors and airplane pilots also have it.

This intelligence is linked to the ability to control our bodies in coordinated physical activities. There are two types.

On the one hand, there are those who use their entire body to express themselves or solve problems, such as athletes and dancers.

On the other hand, there are those who use only a part of their body, such as their hands, for creation. In other words, a craftsman can be a kinesthetic genius even if he can’t kick a ball.

This is what is sometimes described as emotional intelligence. Those who naturally empathize with others have great interpersonal skills, know how to motivate them, lead them, it is easy for them to work in groups, and collaborate.

An interpersonal intelligence genius can excel as a politician, salesperson, speaker, or motivator.

Many of those labeled shy or withdrawn may be geniuses of intrapersonal intelligence. This ability is defined as the ability to know ourselves through reflection and self-analysis. Philosophers, thinkers, theologians, and even specialists in some social sciences base their work on this type of intelligence.

When you were a child, did the plants you grow in your school experiments survive? Can you easily distinguish the flight of an eagle from that of a hawk?

Naturalistic intelligence is what made Charles Darwin, the father of the theory of evolution, a genius.

Knowing how to differentiate varieties of animals and plants or moving around in the countryside like someone walking through the living room of their house is a sign of genius that not everyone has.

Those who possess it will stand out in the field of biology, conservation, botany, or work related to agriculture.

In summary, everyone aspires to achieve excellence but very few achieve it, after reading the multiple intelligences by Howard Gardner, we already know that we all have some talent for a specific activity, we just have to discover what it is and develop it to achieve excellence and become geniuses

Tips to become a genius

Evaluate what kind of genius you are

An exercise in self-knowledge, study and reflection is necessary to discover what our natural aptitudes are, what we like, what we do well, what makes us feel happy and useful, what makes time fly … Before planting a seed, we must know what seed it’s. Only then can we plant it in the right place and offer it the care it really needs.

It isn’t enough to have genius within us, we need to cultivate it in a suitable environment for it to manifest.

There is a theory that says that to become an absolute teacher in an area or activity, you need to first spend 10,000 hours of practice.

So be curious and give yourself intellectual challenges.

There are many exercises and games that exercise our mind while entertaining us: sudokus, hieroglyphs, puzzles.

It’s also good to try to do memorization exercises, either with numbers or texts.

Although at the beginning it’s difficult (especially if you haven’t done it for a long time) you’ll realize how, little by little, you are achieving great results.

Your mind can become that of a “genius”, if you always aspire to more, don’t settle!

Of course, never stop challenging yourself. The brain, the mind has no limits. You can always learn a little more, be a little more creative, memorize better, develop new skills.

Are geniuses born or made?

Many wonders if genius is born or made. This doubt has generated an eternal debate among scientists who have tried to define the common characteristics of these individuals. However, both answers are correct, geniuses can be born or made.

Although geniuses are born and few people have capacities like those of Einstein or Mozart, intelligence can be trained. Most of those smart people we see haven’t magically got there, they’ve just done little things that most of us easily forget.

More and more research has shown that smart people are smart through a combination of practice, habit, and mindset. General intelligence and creativity can be improved relatively easily. It isn’t about innate abilities, but about little customs that can really transform us and turn us into geniuses.

FAQSs: How can I be a genius?

Can anyone be a genius?

Yes, anyone can be a genius. Those who think that geniuses are born and not made could be wrong. It’s impossible to determine an individual’s true intellectual limitations at any age; anyone has the potential for genius or, at the very least, greatness.

How many hours did Einstein sleep?

Albert Einstein, one of the most popular scientists of the 20th century, recognized that he needed at least 10 hours of sleep a day.

What is a genius IQ?

To be considered an IQ genius, you must have an average score of  140 or higher. Most people fall within the 85 to 114 range.

What does being a genius mean?

Genius is a term with numerous uses depending on the context. The most common definition of genius falls in line with someone’s exceptional intelligence. Being a genius consists of an extraordinary mental capacity or someone special and out of the ordinary, with a talent or an ability that cannot be imitated.

Yes, a person with 120 IQ is good. People with an IQ between 120 and 130 are considered brilliant, with superior intelligence.

In this brief guide, we answered the question “How can I be a genius?’’ different types of genius, some tips to become in one, and if genius are born or made.

So. What kind of genius are you?