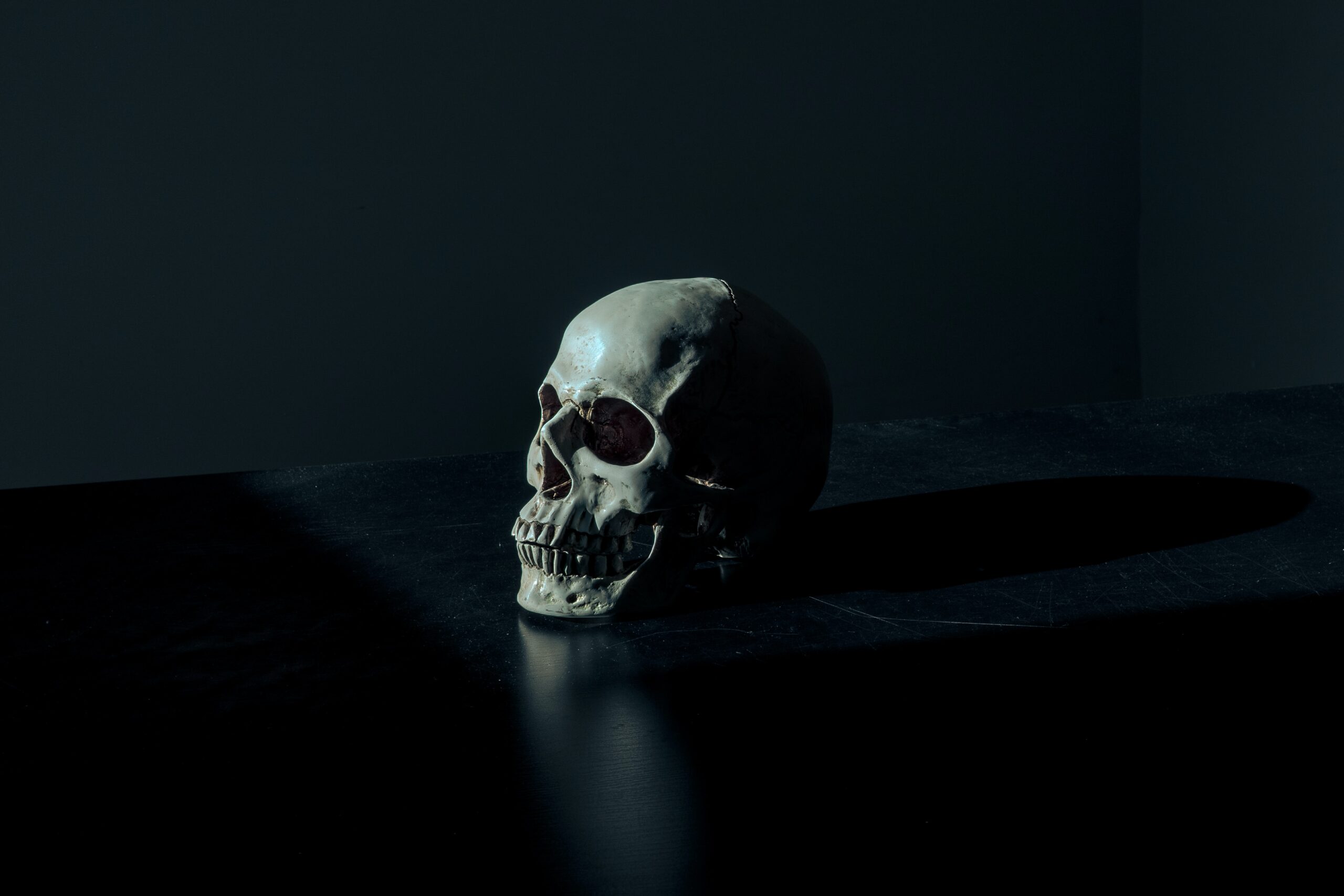 When looking at a human brain, one of the things that attracts the most attention is that kind of crack that separates the two halves of it and that goes from the front to the back.

Its existence is not causal, and it gives clues about how the brain works, a set of organs in which it is tried that the cerebral cortex (the outermost part of it, with roughness) occupies the greatest possible extension. Thus, the existence of the cerebral hemispheres allows more cerebral cortex to spread between them.

But can a person live without half a brain? In this post we will explain what each of the cerebral hemispheres consists of, its main hemispheres, and how the life of a person without half of the brain develops.

The cerebral hemispheres are the two structures into which the brain is divided, and they are separated from each other by the interhemispheric fissure (or intercerebral fissure).

These two bodies belonging to the Central Nervous System are very similar to each other, and are practically symmetrical between them, although there are some differences in their proportions and in their folds.

On the other hand, the hemispheres of the brain are connected to each other by the corpus callosum and other similar commissures; it is through those parts of the brain where information passes from one to another.

The anatomy of the brain and its way of dividing into two hemispheres gives us some clues about the functioning of this set of organs.

On the one hand, it is known that the cerebral cortex exists because neuronal cells accumulate on its surface, that is, in these areas the bodies of these nerve cells, their main structure and where their core is piled up.

The human brain has been giving priority to the cerebral cortex to give us a greater capacity to process information, and for this the best way is to make the cortex have folds, to have more surface, and the interhemispheric fissure can be understood as a consequence of this phenomenon: it is still a very deep fold.

But since all parts of the brain need each other and cannot operate entirely in parallel, at the bottom of this fissure are structures such as the corpus callosum, which act as a bridge between both sides of the brain.

Related to the aforementioned characteristics, the right hemisphere is capable of conceiving strategies in a broad way, integrating the details that make up a situation or problem and allowing a holistic view of what is happening. Thus, it is possible to see images, hear sounds and perceive smells as a whole.

Thanks to the right hemisphere it is possible to orient oneself in physical space. It allows to know what object is being seen or where it is from aspects such as color, shape or other characteristics present in the environment.

Placing yourself in space, identifying objects, and recognizing the faces of loved ones are just some of the capabilities offered by the spatial capabilities of this hemisphere.

Thus, when we are touching something with our left hand, it would be the right hemisphere that would be responsible for processing the associated sensation.

The right hemisphere takes on a great role in the elaboration of feelings.

In addition, when analyzing them, he opts for more integrative tools instead of analytical ones, unlike his counterpart the left hemisphere.

On the other hand, it is able to identify non-verbalized aspects such as prosody in language (tone with which it is spoken, expressiveness …).

These are the main functions of the left brain hemisphere.

Related to both its verbal and symbolic abilities, the left hemisphere is capable of identifying groups of letters and interpreting them as words that, in turn, form groups of them and form meaningful sentences.

Thanks to this, it also plays an important role in speech, writing, mathematical problem solving, numbering and logic.

John Hughlins Jackson, a neurologist, said at the time that the left hemisphere was the center of the power of expression. This means that this hemisphere is in charge of transforming a set of information into something with meaning.

Thus, this hemisphere stores concepts that it will later emit in the form of words, both oral and written, allowing ideas from inside the mind to be transmitted from one person to another through the use of verbal communication.

Can we live with half the brain dead?

Sometimes we imagine the brain as a kind of computer. As if it were a sophisticated machine, each region is attributed an essential function for life, from memory to language. A breakdown in one of those modules would take away that ability.

And sometimes it is. However, some extreme cases show that the brain is a more versatile machine than previously thought with many facets still unknown.

An example of these exceptional cases is that of people who live almost completely normally with only half a brain. In some children with very severe cases of epilepsy, who have several attacks a day and in which the origin of the damage is localized, radical surgery is applied that consists of removing an entire hemisphere of the brain.

After the operation, patients lose the mobility of the hand opposite the removed hemisphere and the same half of the visual field. However, they maintain the ability to walk, reason or memorize, and although they may sometimes have speech problems, they usually regain it.

The effect is immediate. After the delicate operation, the epileptic seizures disappear immediately and most of the patients do not register important sequelae. Magic? No, hemispherectomy. That is, the removal or separation of a large part of the affected cerebral hemisphere and its disconnection from the rest of the body’s tissues.

Although it is not very common, its therapeutic use is increasingly established in those patients who suffer from severe epilepsy and do not react to drugs. Not only are the effects on epilepsy striking but their consequences are bearable thanks to the plasticity of our most important vital organ.

Living with half a brain is possible and, for those who have undergone this surgery, it has meant a huge leap forward in their quality of life.

Studying these exceptional people can help you understand how the brain works beyond the old picture of regions and capabilities. This is what a team from the California Institute of Technology (Caltech) has done, publishing their results today in the journal Cell Reports.

The researchers recruited six participants in their 20s and 30s who would have had one of their brain hemispheres removed during childhood, between 3 months and 11 years of age.

Together with six other volunteers with both hemispheres as a group to compare, they were put into a functional magnetic resonance imaging machine, which allows them to see the inside of the brain in action.

Dorit Kliemann, a Caltech researcher and first author of the article, points out that the volunteers with only half a brain had “intact language skills” and “you could almost forget their ailment when you met them.” That made it even more surprising to see on the scanner that there was only half a brain inside his head.

The authors looked at networks in the brain related to controlling vision, movement, reasoning, or emotions.

However, global connectivity appeared normal, and they even saw stronger connections between the different networks than in the control subjects who had both hemispheres intact.

The work, with its limitations, is interested in breaking with the classical idea that different regions of the brain have specific functions.

It doesn’t make much sense to search for the region of language, anger, or intelligence. More and more studies teach us that the brain is a whole that can function in many ways. This is seen, for example, in people who have had the left hemisphere removed, which is described as the hemisphere of language.

These people, although with difficulty, can regain the ability to speak, so the left hemisphere can perform these functions.

In addition, the researchers do not stand out in their study because the sample of only six people makes an excessive generalization.

What I find most provocative about these results is the idea that in those few patients the regions of the same hemisphere are more connected.

This greater connectivity would indicate that they have greater cognitive capacity, that they have a greater capacity for social interaction and perform some tasks better than those of both hemispheres.

The authors of the work affirm that the knowledge of the way in which the brain reorganizes itself to compensate for injuries, even as serious as those of these epileptic children, can help to design better strategies to help people with severe neurological damage.

Your brain halves are just as functional as whole brains

American researchers recently published a study in ‘Cell Reports‘ where they followed several adolescents who underwent this operation as young. The most curious thing is not only that their brain halves are as functional as the complete brains of the control group, but that they show even greater connectivity between their neural networks.

“In epilepsy surgery it is important that if the patient is very young the surgical possibility is evaluated as soon as possible because having repeated seizures can also affect the cognitive development of the person”, points out the neurologist.

In this way, the cognitive abilities of many of these children who have undergone surgery at a very young age are practically indistinguishable from others with a complete brain.

In short, we are not only learning how to beat these severe cases of epilepsy, we are also learning things we never even imagined about the brain.

When Ahad Israfil, a young American from Dayton, Ohio, was shot in the head in 1987 that destroyed his skull and half a brain, no one imagined that he would 1) survive and 2) regain all his cognitive functions except for a loss of mobility that he was placed in a wheelchair until his death two months ago.

Today, scientific papers like these help explain his miraculous recovery.

Can a person live with only half a brain?

Yes, it can be the case. Although rare, there are hundreds of people who live without large parts of the brain.

Can a person recover from being brain dead?

Once brain death is declared, there is no chance of recovery.

What happens if half of the brain is removed?

There are sequelae since the patient stops seeing on the side of the intervention and loses mobility in the opposite half.

What part of the brain can you not live without?

What happens if you lose the right side of your brain?

An individual can have trouble with things such as focus, vision, and memory, as well as loss of mobility and control on the left side of the body, with right hemisphere brain damage.

In this post we explained what each of the cerebral hemispheres consists of, its main hemispheres, and how the life of a person without half of the brain develops.