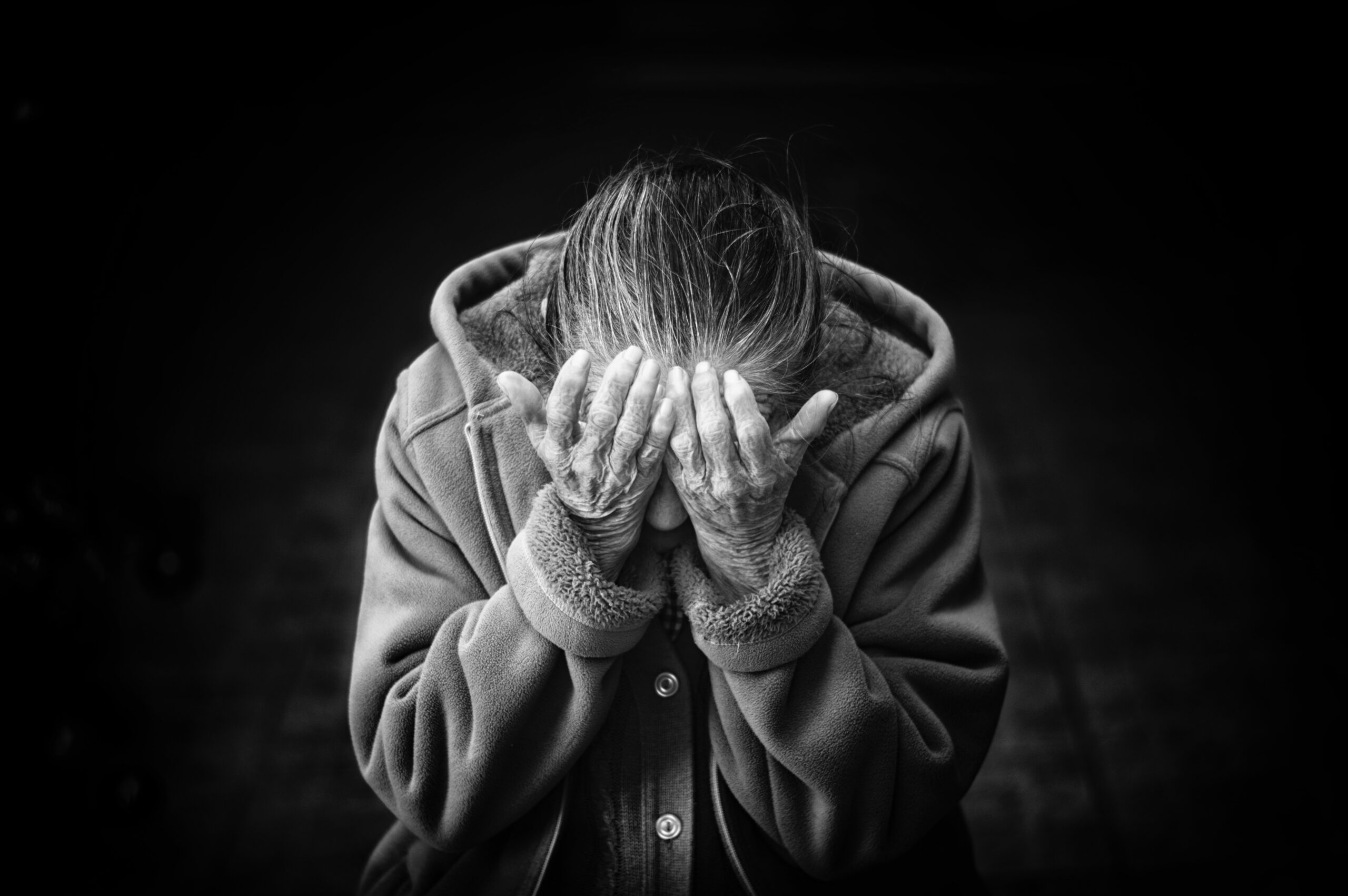 Over the years, people’s brain is susceptible to some type of condition or disorder that affects a large number of abilities such as alertness and the ability to speak or moods.

One of these conditions is frontotemporal dementia. It is a genetic-based disease about which we will talk throughout this article, explaining its symptoms, causes, how it is diagnosed and what is its treatment.

Over the years, people’s brains are susceptible to some type of condition or disorder that affects a large number of abilities such as alertness and the ability to speak or moods.

One of these conditions is frontotemporal dementia. It is a genetic-based disease about which we will talk throughout this article, explaining its symptoms, causes, how it is diagnosed and what is its treatment.

When we talk about dementia, we usually think that it can only affect older people. However, there is not just one type of dementia, there are several. Among them, some can affect younger people such as early-onset Alzheimer’s disease and frontotemporal dementia. We will focus on the latter throughout the article.

Frontotemporal dementia, or frontotemporal lobar degeneration, is a generic term that refers to a group of rare disorders, mainly affecting the frontal and temporal lobes of the brain – areas associated with personality, behavior and language – and that it is also characterized by losing neurons.

Thus, some people with this type of dementia often experience drastic personality changes and sometimes behave inappropriately at the social level. They can even become very impulsive, emotionally indifferent or lose certain abilities related to language or movement.

The age of onset is usually between 40 and 45 years.

What is frontotemporal dementia?

Within the category of frontotemporal dementia we find a number of progressive dementias, which are manifested through alterations in the personality, behavior and oral language of the person.

The diseases related to this type of dementia are:

The main difference between frontotemporal dementia and other types of dementia is that in the former, memory is not affected until the disease is in a very advanced stage.

In addition, this dementia is also distinguished by appearing in people of not as advanced age as the rest of diseases. It usually appears in people between 40 and 60 years old; although this is susceptible to appear at any age.

What symptoms does it present?

Within the symptoms of frontotemporal dementia there are two large groups: personality disorders and impairment of the ability to communicate orally. As mentioned earlier in this dementia memory is not affected early.

In these patients, the dysfunction of the front and right brain regions causes judgment, personality, and the capacity to perform complex tasks to be severely impaired.

People with prefrontal dementia can have adverse habits, such as improper public conduct, disinhibition, hostility, or apathy. Social ability may also be impacted, causing the person to lose compassion, discretion or diplomacy when joining a discussion.

These patients are impaired on many occasions by their failure to solve problems and make choices; their everyday activities are very severely affected.

It may be confused with depression or with a psychiatric illness such as schizophrenia or bipolar disorder if these signs are very apparent or of significant severity.

As discussed above, prefrontal dementia can interfere with a person’s ability to use and understand spoken language. When these symptoms appear, we can speak of semantic dementia or primary progressive aphasia, depending on the combination of symptoms they present.

In semantic dementia, both temporal lobes are affected, impairing the ability to recognize and understand words, faces, and meanings.

Meanwhile, in primary progressive aphasia it is the left part of the brain that experiences deterioration, thus interfering with the ability to articulate words, as well as to find and use the correct word when speaking.

What are the causes of FTD?

Although the exact causes of this dementia are not yet known, around 50% of the population suffering from frontotemporal dementia have a history of it or of some other type of dementia in their family medical history; so it is hypothesized that it has an important genetic component.

There are a number of mutations that have been linked to frontotemporal dementia. This mutation occurs in the TAU gene and in the proteins that this gene helps to generate.

The accumulation of these defective proteins form the so-called Pick bodies, which interfere with the work of brain cells in a way similar to the plaques that appear in Alzheimer’s disease.

However, in frontotemporal dementia, the main affected areas are the frontal and temporal lobes, which are responsible for reason, speech and behavior.

Pick’s disease is a neurodegenerative disorder that causes the progressive deterioration of the mental capacities of those who suffer it due to neuronal death. Thus, it causes a frontotemporal dementia, initiating cell destruction in the frontal lobe and gradually expanding to the temporal.

This disease is a relatively common form of frontotemporal dementia, with an estimated 25% of them being due to Pick’s disease.

Symptoms usually begin between 40 and 50 years of age, and it has the peculiarity that it is a disease that does not have more prevalence as age increases (unlike Alzheimer’s).

Like most other dementias, Pick’s disease is a disease that causes progressive and irreversible deterioration without periods of remission, culminating in the death of the individual. It has a course of about 5 to 15 years between the onset of symptoms and the death or death of the subject.

Pick’s disease is a problem whose origin is unknown. However, it has been found that people with Pick’s disease have alterations in the genes encoding tau protein.

The tau protein appears in excess in the brain, within complexes known as Pick’s bodies. These cells cause damage to neurons in the frontal and temporal area, culminating in progressive atrophy of the brain lobes. The presence of bulbous neurons is also observed.

The fact that genetic mutations have been found in the genes that develop this protein indicates that this disease is influenced by genetics, and in fact can be transmitted to offspring.

How is its diagnosis made?

Frontotemporal dementia usually does not show significant symptoms during the early stages of the disease, which is why it tends to go unnoticed, in many cases for more than three years before its diagnosis, until some significant alteration in behavior induces the family to think that something strange is happening to the patient.

That is when most diagnoses of the disease are made.

Following established by the Diagnostic and Statistical Manual of Mental Disorders (DSM-IV), the guidelines for the evaluation of frontotemporal dementia are essentially clinical.

These should include a record of behavioral changes and an examination of language disturbances. In addition, a series of neuroimaging tests and neuropsychological tests will be carried out.

With the structural analysis carried out by means of magnetic resonance tests, it is intended to find signs of atrophy in the frontal lobes characteristic of the early stages of the disease.

To rule out the possibility of Alzheimer’s disease, it is necessary to perform a positron emission tomography, which must show an increase in frontal and / or temporal metabolism to be considered frontotemporal dementia.

There is no single test that can identify frontotemporal dementia as such. That is why doctors try to identify certain characteristics and exclude other possible causes.

This type of dementia can be especially difficult to diagnose, especially in the early stages, as its symptoms overlap with those of other conditions quite often.

In any case, various tests can be performed that help in the elaboration of the diagnosis:

Which is the treatment?

Treatment for this form of the disorder has not yet been identified, as with other dementias. There are however a variety of drugs to reduce the effect of frontotemporal dementia symptoms, as well as to try to delay its development.

Typically, the medical staff relies on the needs of the patient when choosing the most effective medication. The pharmacological treatments of choice in these cases include:

Pharmacological treatment, together with psychosocial support and assistance in performing daily tasks are essential for the patient to enjoy an optimal quality of life. Typically, the average life expectancy given to these patients is approximately 8 years from the time of diagnosis.

Unfortunately, it does not cure frontotemporal dementia. There is also no good way of stopping its progression. The only therapy that is possible focuses on the control of symptoms.

For example, doctors may prescribe antidepressants to minimize behavior problems associated with frontotemporal dementia, and antipsychotics to counteract behavior problems. While it is true that this form of drug must be given special consideration, as its side effects include an increased risk of death in patients with dementia.

Frontotemporal dementia may also be treated with therapy in some cases. For instance, speech therapy may help them develop alternate communication strategies if the individual experiences language difficulties.

We talkted throughout this article about a genetic-based disease, we explained its symptoms, causes, how it is diagnosed and what is its treatment.