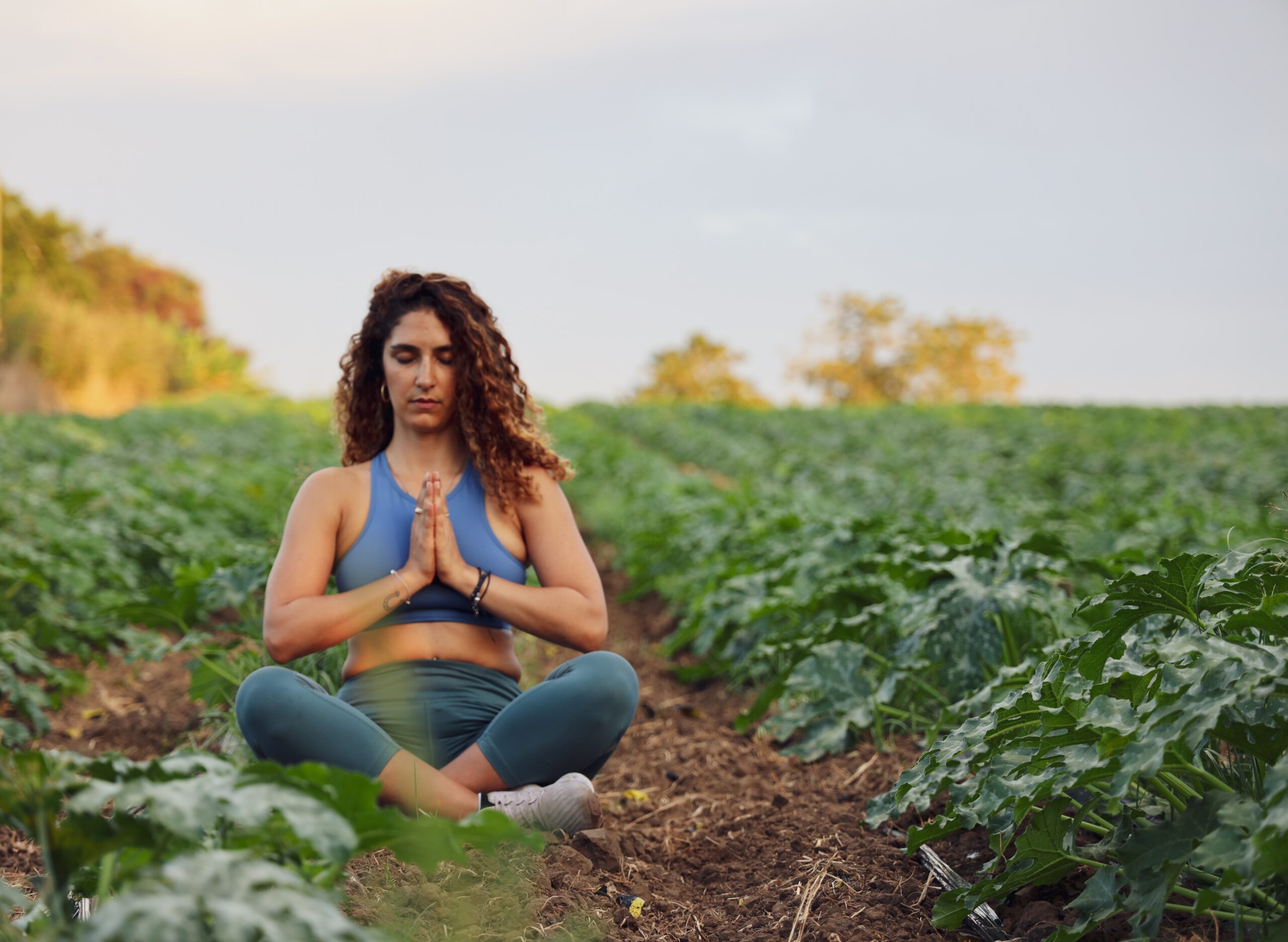 In this brief guide we are going to answer the question ‘’Does your brain get bigger when you learn?’’ We present the basics of the brain and the role of neuroplasticity in the learning process, highlighting the structural changes that occur in the brain when we learn new things.

Does your brain get bigger when you learn?

Yes, your brain gets bigger when you learn, but it also gets smaller when you practice things you already know. This is due to the formation of new neural connections.

Neuroscience, in all its branches, studies our brain and its complexity. Everything that makes us human is in that brain that still surpasses us, amazes us and makes neuroscience an infinite research task.

Processes such as education start from neurological bases, transforming themselves from certain contexts and with the constitution of social relationships, into sociocultural processes. In any case, everything starts with the connection between neurons. Would you like to know what happens in our brain when we learn something new?

Our brain works through a learning cycle that can be generalized, but as we all know, it can vary because each person is a unique being.

One of the theories about how our brain learns was made by James Zull , and consists of four processes that take place in different areas of the human brain.

The information-gathering part of the cycle involves the sensory cortices – the outer layer of our cerebral cortex that receives inputs from the world of outside experience. It is through these crusts that we see, hear, touch, smell and taste. They basically record concrete experiences, or the raw materials for learning, in the brain.

Creating meaning from information through reflection is the essence of this process. Basically, if we can find a meaning in the subject that is being learned, the information can be transferred to working memory.

It’s the same mechanism responsible for a sudden solution to a complex problem. While it may seem a bit mysterious, there is something concrete going on inside your brain as your creative juices begin to flow. This process occurs in the temporal lobe, and takes a certain time depending on the amount of information.

The third process takes place in the prefrontal cortex, consisting of the creation of knowledge through abstraction and conceptual relationships. This part of the brain deals with decision-making and hence its importance, part of communicative education consists of brain training for making productive decisions in the face of everyday problems.

Active testing or testing what has been learned involves the use of the motor cortex. This is the part of the brain that converts the abstract (mental ideas) into actions (physical events) after the brain has interpreted the experience through reflection and constructed meaning.

At this point, the brain uses the created concepts as guides for active testing or experimentation.

What is brain plasticity?

Neural plasticity is the ability of the brain to form new nerve connections, throughout life, in response to new information, sensory stimulation, development, dysfunction or damage. Neuroplasticity is known as the renewal of brain wiring.

In other words, the brain is an organ that is continually in relation to the environment and is stimulated by the reality with which it is in contact. This relationship is capable of modifying the connections (synapses) and creating or modifying new routes and spaces in which these links are produced, managing to reorganize the functioning of the brain.

It has even been shown that new neuronal cells can be born in a process called neurogenesis, something that was previously believed impossible.

There are, in addition, two types of Synaptic Plasticity, on the one hand, Positive Neuroplasticity, in charge of creating and expanding networks with existing information; and on the other, Negative Neuroplasticity, which is what eliminates those connections that are no longer useful and, therefore, have fallen into disuse.

The brain process that, as we said, constantly modifies and adapts neural connections in contact with external factors and new experiences, should make us rethink the way we teach. A simile could be made, stating that the brain is like a muscle: the more we train it, the more it grows and the more new interactions or synapses will develop.

This plasticity does not only occur at an early age because, although it is true that neuroplasticity is much higher in those early years of development, it is a phenomenon that will accompany us for the rest of our lives. Phenomenon that diminishes in intensity over the years, but that never stops occurring.

Brain plasticity is one of the tools that helps in the acquisition of cognitive abilities. Therefore, it has the power to mold our brain so that it can acquire and maintain new learning. Being able to resemble, for the effects of physical exercise. Through training and stimulation modifications are made in our brain, which will complete our learning.

At the neuronal level, when the same neurons connect with information, the necessary synapse will be produced that will contribute to incorporating knowledge through practice. In addition, the brain will become flexible and allow what was previously seen as very complex and very difficult to learn, to finally be achieved.

And the same goes for the other areas of life: you can learn or unlearn no matter the age of the person or how complex the learning seems, it just takes practice.

Can I train my brain?

At the end of 2011, the neuroscientist Eleanor Maguire, from University College London, published an article in which she summarized the research she had carried out for more than five years: she wondered if it is possible to train the brain the same as a muscle is trained.

For this she chose a group of aspiring London taxi drivers. To obtain a taxi license in London, you have to pass a test called The Knowledge, which among other things involves memorizing 25,000 streets and thousands of specific places. An applicant can take 3 or 4 years to get the license and many of them do not reach the goal.

Maguire and her team followed, during the years that the exams last, a group of 79 applicants and, in parallel, a group of 31 adults who did not exercise their brain in their work. At the end of the four years, 39 of the applicants obtained the license, 20 did not obtain it and the rest left before reaching the end.

During this time, all of these subjects underwent MRI tests to see if their brain structures underwent any changes. They concluded that:

Changes in the brain can occur with training. Neural plasticity is possible during adulthood, so it is never too late to learn.

The main function of the hippocampus is memory. It has a determining role in the episodes linked to vital events since it also stores all the emotional states and fixes the situations that we have experienced in space-time.

One of the main conclusions of this research is the plasticity of the human brain and shows to what extent the experiences of each person can shape their intellectual abilities, their creativity and their ability to manage their emotions

We already know that the hippocampus is crucial for making new connections when we use what we already know to understand what we don’t know and it also stimulates the search for the new and unknown. Brain plasticity is present throughout our lives, not just during childhood.

Not showing curiosity in new knowledge, in putting our intellectual abilities to the test would be equivalent to spending our lives sitting on the sofa at home and complaining about our bad shape.

A lively, dynamic and flexible mind will have a much greater capacity to adapt to the different difficulties that we will experience in life, which will be the key to enhancing our well-being.

Therefore, let’s take care of, train and develop both our body and our mind. It is the only way to ensure that the years will allow us to be more and more complete, happy and balanced people.

So, does your brain get bigger when you learn?

As published by the University of Lund in a statement, the individuals in both groups underwent functional magnetic resonance imaging (MRI) scans, a non-invasive technique that uses the phenomenon of magnetic resonance to obtain information on the structure and composition of the brain.

The scans were performed before and after the Academy’s three months of intensive language study.

The parts of the brain that increased in size were the hippocampus, a region located in the medial part of the temporal lobe of the brain that is related to learning and spatial orientation; and three areas of the cerebral cortex.

Increase related to effort and ability

“We were surprised that different parts of the brain developed to varying degrees, depending on the performance of the students and the level of effort they had put into the course,” says Johan Mårtensson, a psychology researcher at Lund University and co-author of the study.

Specifically, students with greater growth of the hippocampus and areas of the cerebral cortex related to language learning (the superior temporal gyrus) presented better language skills than the rest of the language students.

In addition, those students who had worked harder to learn showed greater growth in a part of the motor region of the cerebral cortex (the medial frontal gyrus).

The brain regions in which all these changes took place are related to the ease of learning languages, and presented variations according to the individual performance of the students, the scientists explain.

A good way to keep your brain in shape

In 2010, another study on language and brain revealed that Alzheimer’s disease has a later development in bilingual or multilingual people.

Conducted by the psychologist at the University of York in Toronto, Canada, Ellen Bialystok, this research was conducted with 102 patients with Alzheimer’s and bilinguals, as well as 109 people with the same disorder, but monolingual.

The results obtained revealed that bilingual individuals had Alzheimer’s, on average, four years later than monolinguals, according to the journal Neurology.

On this other research, Johan Mårtensson comments: “Although three months of intensive language study cannot be compared to a lifetime of bilingualism, there are many elements that suggest that language learning is a good way to keep the brain in shape.”

FAQS: Does your brain get bigger when you learn?

Does your brain grow when you learn?

Yes, when you learn something new, the connections multiply and grow stronger. In this way, the more you learn, the more cellular connections you create.

What happens to your brain when you learn new things?

Every time you learn something new, the brain creates new connections and the neural pathways or patterns become stronger. Thanks to brain plasticity, your brain will always change.

Can you make your brain bigger?

Aerobic exercise could increase the size of the hippocampus, decreasing brain deterioration.

Is there a correlation between brain size and intelligence?

Not directly. But in a study conducted by the Allen Institute, brain size was correlated with intelligence. With a result of 0.3 out of a possible 1.0.

Do brain cells grow back?

Yes, the brain is capable of producing new cells. Neurogenesis in adulthood can occur, especially in the hippocampus.

In this brief guide we answered the question ‘’Does your brain get bigger when you learn?’’ We presented the basics of the brain and the role of neuroplasticity in the learning process, highlighting the structural changes that occur in the brain when we learn new things.