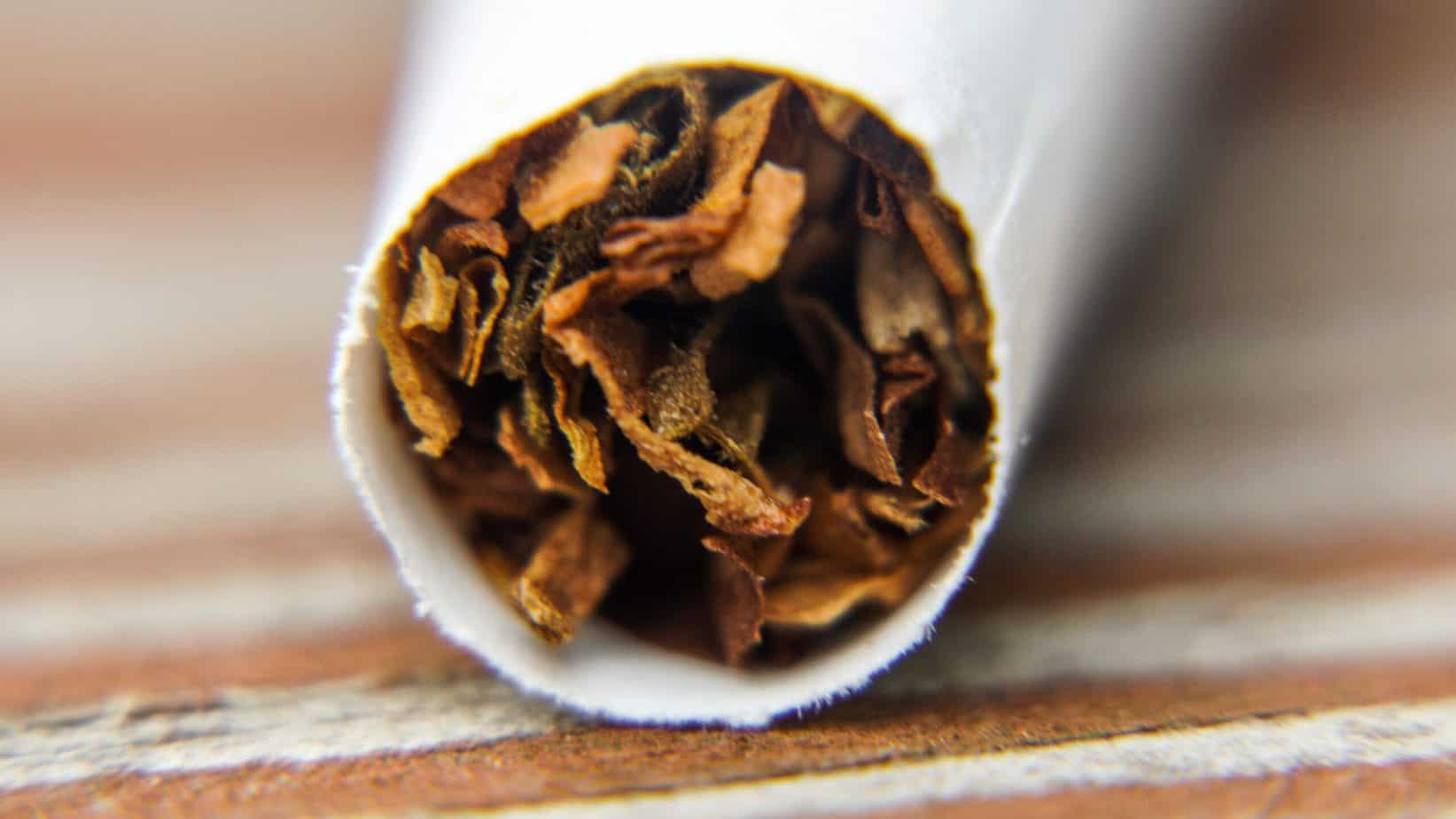 The harmful effects of tobacco cigarettes on our body are well known. Not only the respiratory system is affected, but also the digestive system, in addition to the known problems in metabolism and bodily functions in general.

But how much do we know about the mental effects of smoking? What happens in our brain when we smoke? Let’s do some research on this.

Today post we are going to answer the question ‘’Does tobacco kill brain cells?’’ We will discover the mental effects of smoking, what happens to the brain while we smoke and how this affects the neurons.

Yes, tobacco kills brain cells and prevents the hippocampus from creating new ones.

Lighting and smoking a cigarette are actions that millions of people carry out on a regular basis every day, even knowing that smoking and tobacco use have a large number of harmful and detrimental effects on our survival.

Nowadays, most know the relationship between tobacco and lung cancer, respiratory problems, the aging of our tissues or the shortening of life expectancy. However, there are other organs and affectations that are not usually taken into account by the population and that despite this are fundamental: for example, the effects of tobacco on the brain.

Throughout this article we are going to briefly review what smoking involves, how tobacco affects the brain, and the effects and risks that tobacco use can have on the king organ.

Tobacco is a product made from the tobacco plant (Nicotiana tabacum), specifically its leaves and stem, which after being minced or cut are prepared in different formats and some of which are mixed with other substances to form cigarettes, tobacco for rolling or to use in pipe, and that is consumed generally by means of the aspiration of the smoke of its combustion.

The main active ingredient in tobacco, which gives it its psychoactive properties, is nicotine. This substance has activating and stimulating effects on the body, attaching itself to the nicotinic acetylcholine receptors in our body.

Despite this, with chronic consumption and the progressive habituation that this substance generates, the effects are less and less activating and tend to be perceived as depressants and even relaxing.

But habituation to nicotine ends up generating dependence on its acquisition externally, in such a way that little by little greater amounts are needed to obtain the same effects: with the passage of time smoking becomes a necessity and the smoking or dependence on nicotine or tobacco.

The consumption of tobacco and the inhalation of its smoke also implies that other components are incorporated into the body, such as carbon monoxide, carcinogens, free radicals and oxidants such as the hydroxyl radical, carcinogenic gases such as formaldehyde or nitric oxide or metals such as cadmium or beryllium (and even arsenic).

In addition, this consumption has harmful effects on multiple parts of our body, regardless of whether we are talking about tobacco in the form of cigarettes or in other forms

The inhalation of smoke is irritating and is deeply linked to respiratory problems (being one of the most important reasons symptoms of chronic obstructive pulmonary disease, emphysema and other respiratory problems) and the development of respiratory tumors or of the intestinal and oropharyngeal tract.

It also affects, among others, the heart and the vascular system, generating vasoconstriction and can facilitate severe problems in said system.

It can cause liver and pancreas problems, damage eyes and skin, and alter metabolism and the gastrointestinal system. It also reduces physical capacity due to lack of oxygenation.

How does smoking work in our brain?

Upon inhalation, most of this substance is absorbed by the smoker through the lungs (and to a much lesser extent through the mucous membranes and tongue), and after being processed by the alveoli and carried into the blood in about eight seconds reaches our brain after having passed through the blood-brain barrier.

This will cause the body to try to generate higher levels of acetylcholine, which will also cause the activation of the dopaminergic of the brain’s reward system.

Nicotine affects different parts of the brain, but some of the most relevant are the limbic system and the basal ganglia, as well as the mesocortical and mesolimbic pathways.

This system is the cause that the consumption of tobacco gradually becomes palatable and encourages addiction. The dopamine in this area increases at the same time that other components of tobacco block the action of MAO that would decrease it.

It also affects the locus coeruleus, stimulating it and causing an increase in energy levels while helping to generate feelings of tranquility in stressful situations.

Likewise, little by little a desensitization of nicotinic receptors to this substance is generated through positive regulation, to which the body will respond by forming a greater number of receptors where the union between nicotine and receptor can occur.

A tolerance to the substance is developing, something that will cause more and more nicotine to be needed to cause the same effects. And this tolerance also partly explains why chronic smokers feel more relaxed when they smoke than being activated: they are actually relieving the anxiety of withdrawal.

At the same time, it affects the hypothalamic-pituitary axis in a way that increases the release of adrenocorticotropin and corticotropin-releasing hormones, which in turn contributes to stimulating the adrenal glands in such a way that it causes the synthesis and emission of adrenaline or epinephrine.

This hormone will generate vasoconstriction and increases in pressure and heart rate and, in turn, feeds back the activation of the body. It also hinders the synthesis of pancreatic enzymes.

Effects of tobacco on the brain

Beyond how it works, it is also relevant to know some of its effects. In the short term and with the first consumptions, it is usual that the initial consumption of small doses can alleviate depressive symptoms and increase mood.

Activation of the locus coeruleus also facilitates activation, and increases in levels of wakefulness, ability to concentrate, and sense of coping may appear to occur. However, it can also cause palpitations, dizziness and respiratory problems.

However, as consumption becomes more frequent, worse and worse consequences are seen. In the first place, the progressive tolerance to nicotine has as a result that a dependence on the substance ends up, initially physical and later also psychic.

Lack of tobacco will lead to withdrawal, usually in the form of discomfort and anxiety. Increased appetite, listlessness, headaches, and sleep problems are also observed.

In abstinence, concentration problems can also appear. It also alters the capacity for olfactory and taste perception, damaging these senses.

The effect of nicotine on the neocortex has been observed, especially in the long term, as problematic and negative. Several studies suggest that tobacco use weakens and deteriorates the nerve cells in this part of the brain, causing a reduction in their thickness due to the higher mortality of nerve fibers.

This factor can be linked to a higher probability of cognitive decline and even dementia. It has also been seen that the formation of new neurons is reduced.

In case of pregnancy, it has been observed that smoking can lead to prematurity and low weight, as well as delays in growth and cognitive development of the child.

They also greatly affect the vasoconstrictor abilities of nicotine, something that can facilitate the onset of stroke. Now, nicotine (not smoking) seems to have positive effects in preventing Parkinson’s, although this is still under study.

If we also take into account the possible effect of the presence of carbon monoxide (common in tobacco combustion), it also hinders oxygenation of the brain and can cause demyelination of the nervous system (loss of myelin, which translates into loss of speed in the transmission of information between neurons)

Likewise, although in the initial moments it generated stimulation, in the long run it can generate problems such as depression.

At a less biological and more psychological level, unsuccessful efforts to quit can also lead to a feeling of helplessness or ineffectiveness, or even more harmful substances may be resorted to.

So, does tobacco kill brain cells?

Researchers at the University of Edinburgh (UK) analyzed MRI data from 504 men and women with an average age of 73 years, half of whom were smokers or former smokers. Examination of these tests showed that the cerebral cortex of smokers lost some of its thickness at a higher rate than in those who avoided tobacco throughout their lives.

Other studies, such as the one published in the journal Nature, maintain that tobacco damages the cerebral cortex in the long term, a process that is accelerated due to the prolonged use of drugs such as nicotine.

The research is part of a larger British project to investigate the brain called The Disconnected Mind. “We all know that tobacco is harmful to the lungs and the heart, but it is important that we understand that it also damages the brain,” said the project’s chief scientist, James Goodwin.

Besides those mentioned, there are other effects like adrenaline (epinephrine) secretion in the brain. Epinephrine stimulates the central nervous system and increases blood pressure, respiration, and heart rate. Nicotine also stimulates the production of large amounts of dopamine. All of this causes addiction to tobacco.

Does tobacco cause brain damage?

Smoking accelerates the aging process of the brain and can worsen the ability to make decisions and solve problems, according to a study published in the journal Molecular Psychiatry.

What does tobacco do to you mentally?

The compound in tobacco that prevents you smoking is nicotine. Within seconds of inhaling a puff, it hits the brain. Nicotine boosts the release of brain chemicals called neurotransmitters in the brain, which help influence mood and actions.

When a person consumes nicotine, cholinergic receptors in the brain are activated. These cause a release of dopamine to occur. This is a neurotransmitter related to feelings of motivation and pleasure.

Is nicotine good for your brain?

No, nicotine works like addictive drugs in the brain

Such activity is believed to contribute significantly to the feelings of pleasure and reward associated with drugs and, over time, to the addiction and vulnerability caused by withdrawal.

Why am I so angry after quitting smoking?

Today we answered the question ‘’Does tobacco kill brain cells?’’ We discovered the mental effects of smoking, what happens to the brain while we smoke and how this affects the neurons.