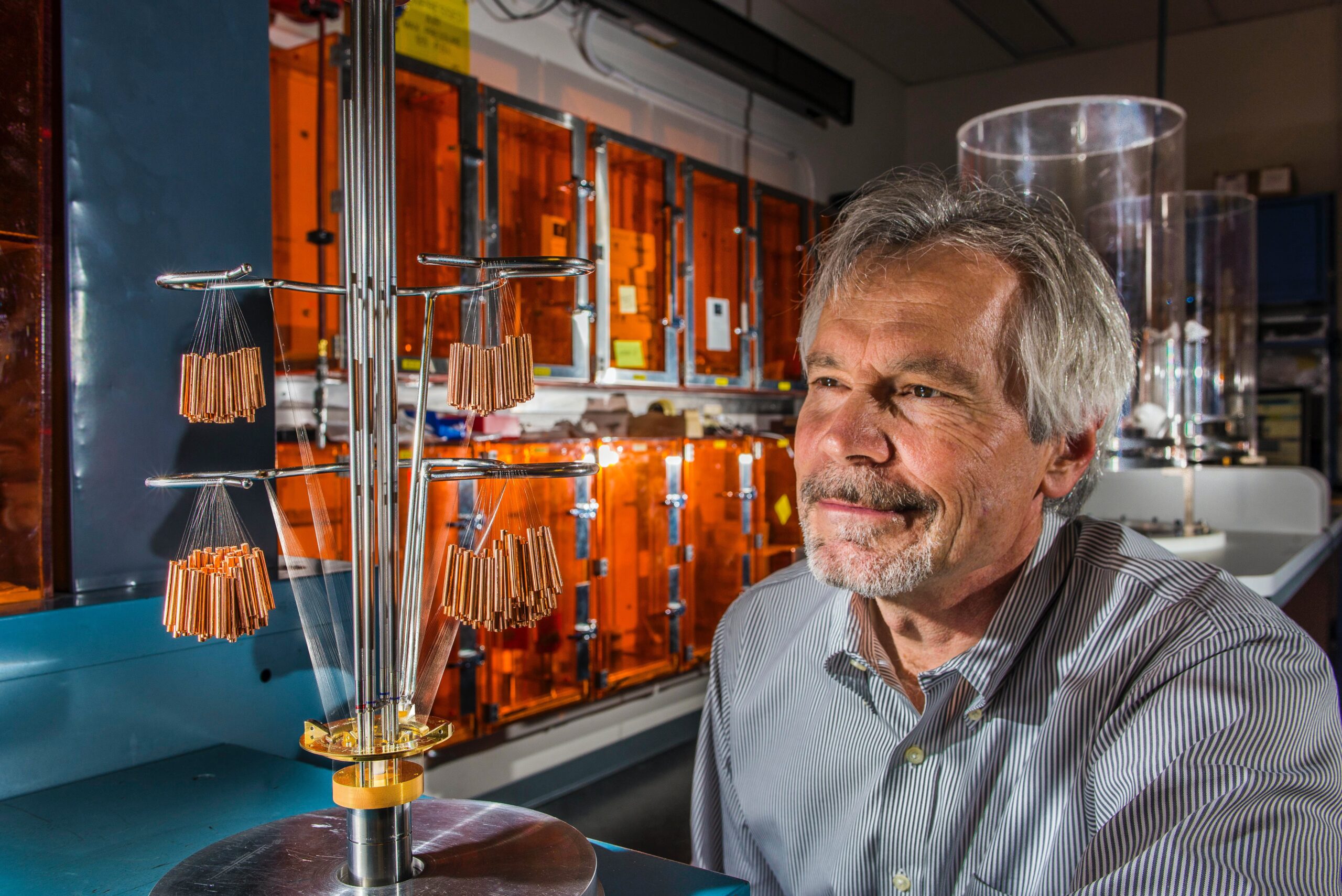 The brain is an extremely sensitive organ. Small bumps that can cause temporary injuries to other parts of the body are capable of lasting damage to the brain.

But what is it that protects the brain? Is it floating in a protective layer?

In this brief guide article we are going to answer the question ‘’Does the brain float in the skull?’’ We will look closely at the brain structure, stay with us and you will discover the substance in which the brain is submerged, how it is formed and why it is so important.

Does the brain float in the skull?

Yes, the brain floats in a layer of cerebrospinal fluid that protects it against heavy injury.

Thus, it serves as a shock absorber against impacts between the central nervous system and the skull or surrounding bones. Under normal conditions, the CSF adds a volume of between 100 and 150 ml.

It is transparent; its chemical content is different from that of serum, but similar to that of blood plasma. It has the same consistency as water and is essentially made up of H2O, minerals (sodium, potassium, calcium, chlorine), inorganic salts (phosphates) and vitamins (especially group B).

A type of extracellular fluid

The body has 4 fluid compartments, which are divided into intracellular and extracellular. Approximately two-thirds of the total water in our body is intracellular or intravascular fluid. That is, the liquid part of the cytoplasm of cells. The rest is extracellular. There are 3 fluids of the latter type.

Blood plasma, that is, the liquid portion of the blood; which is contained in the blood vessels and the heart chambers.

The interstitial also called tissue, which is housed in the interstitium or space between cells.

And, thirdly, the cerebrospinal or cerebrospinal fluid, which bathes the brain and spinal cord. Next we are going to delve into its composition, location and functions.

CSF circulates through the subarachnoid space, the cerebral ventricles, and the ependymal canal. Let’s go by parts:

The pia mater is in contact with the brain surface, so through this small space through which the cerebrospinal fluid circulates, it separates the skull from the brain.

Most of the CSF is created from blood plasma in the choroid plexuses of the cerebral ventricles. Once synthesized, it passes to the lateral ventricles, located in both hemispheres of the brain. And, later, through the interventricular foramina, to the third ventricle (located at the level of the diencephalon).

From there it runs through the aqueduct of Silvio and ends up in the fourth ventricle, which is triangular in shape and is located in the rhombencephalon, very close to the brain stem and the cerebellum.

Once this route has been completed, it exits the subarachnoid space through holes known as Magendie and Luschka holes and bathes the entire surface of the central nervous system.

Finally, it is reabsorbed in the venous sinuses, in a passive process for which no energy is required. Under normal conditions, CSF is reabsorbed very quickly, almost at the same rate as it is formed in the choroid plexuses, which keeps intracranial pressure constant.

The CSF is renewed at a rate of approximately 6 or 7 times a day and its average life cycle does not usually exceed 3 hours. When the pathways through which the cerebrospinal fluid circulates are obstructed and it is accumulated in a brain compartment, hydrocephalus occurs.

The immediate consequence is an increase in intracranial pressure.

Functions of the cerebrospinal fluid

Cerebrospinal fluid is one of the bodily fluids of our body and its functions are very varied.

CSF is, as we see, essential for the maintenance and preservation of the central nervous system. Small changes in its density or quantity can therefore have serious consequences on brain function.

Cerebrospinal fluid is a substance of great importance for the maintenance of the brain. It is a vital element by keeping the nervous tissue floating, cushioning possible shocks, maintaining the pressure level and electrochemical balance of the nervous system, helping to keep its cells nourished and eliminating the waste generated by its operation.

Hydrocephalus or “water in the brain” is the accumulation of cerebrospinal fluid (CSF) or cerebrospinal fluid within the head, generally due to its inadequate absorption. Normally, the brain continually produces CSF through specialized cells that are inside the brain’s ventricles.

This CSF circulates first within the ventricles and then leaves, bathing the brain and spinal cord, to be finally reabsorbed back into the bloodstream. A blockage of CSF flow or drainage results in a buildup of CSF, enlargement of the ventricles, and increased pressure within the head.

Recent studies have determined that the disease is not simply an excessive accumulation of fluid in the brain. According to scientists, hydrocephalus causes a change in the composition of the cerebrospinal fluid, which prevents normal cell division and impairs brain development.

Signs and Symptoms of Hydrocephalus

By feeling the baby’s head along the suture lines, you may find that the bones are separated.

Symptoms to watch out for are vomiting, drowsiness, irritability, a downward turning of the baby’s eyes (sign of the setting sun), and seizures.

Infants whose sutures have not been fully closed show signs of head enlargement. Older children, once their sutures have been closed, will show other symptoms of elevated intracranial pressure (PIE) caused by enlargement of the ventricles.

These symptoms include headache, nausea, vomiting, and sometimes blurred or double vision. The child may have problems with her balance, delay in the development of some areas such as walking, speaking or poor coordination.

A variety of medical problems can cause hydrocephalus. In many children the problem is there at birth — this type of hydrocephalus is known as congenital. In most cases, congenital hydrocephalus is thought to be caused by a complex interaction of genetic and environmental factors.

Hydrocephalus in some infants, and even adults, which does not occur until later in life, but is caused by a condition that developed at birth, is still considered a type of congenital hydrocephalus.

However if a factor such as a head injury, meningitis, or a brain tumor causes hydrocephalus that occurs after birth, it is called acquired hydrocephalus.

Parents should not blame themselves for their children’s hydrocephalus. In almost all cases the circumstances that contribute to the child’s condition are beyond the control of the parents.

What is the treatment for hydrocephalus?

The most effective treatment to date is the ventricular peritoneal bypass valve, which is carried out by surgically inserting a flexible tube (catheter) that is placed in the ventricular system of the brain and drains the flow through a valve cerebrospinal fluid from the cerebral ventricles to another body cavity (usually the abdominal cavity, heart cavity, or chest) where it is reabsorbed.

FAQS: Does the brain float in the skull?

Is the brain attached to the skull?

What fluid does your brain float in?

In a bath of cerebrospinal fluid, the brain floats. Deep inside your brain, this fluid often fills wide open structures called ventricles.

Where does the brain sit in the skull?

What anchors the brain to the skull?

How much space is there between your brain and your skull?

The average measurement of the head contour is 34 cm while in the adult it is about 56-58 cm. The cranial perimeter grows more than 20 cm during our development, and it is an indirect measure of brain growth that increases from 350 g of weight in the newborn to 1,350 g at 20 years of age.

In this brief guide article we answered the question ‘’Does the brain float in the skull?’’ We have looked closely at the brain structure. Congrats! You discovered the substance in which the brain is submerged, how it is formed and why it is so important.