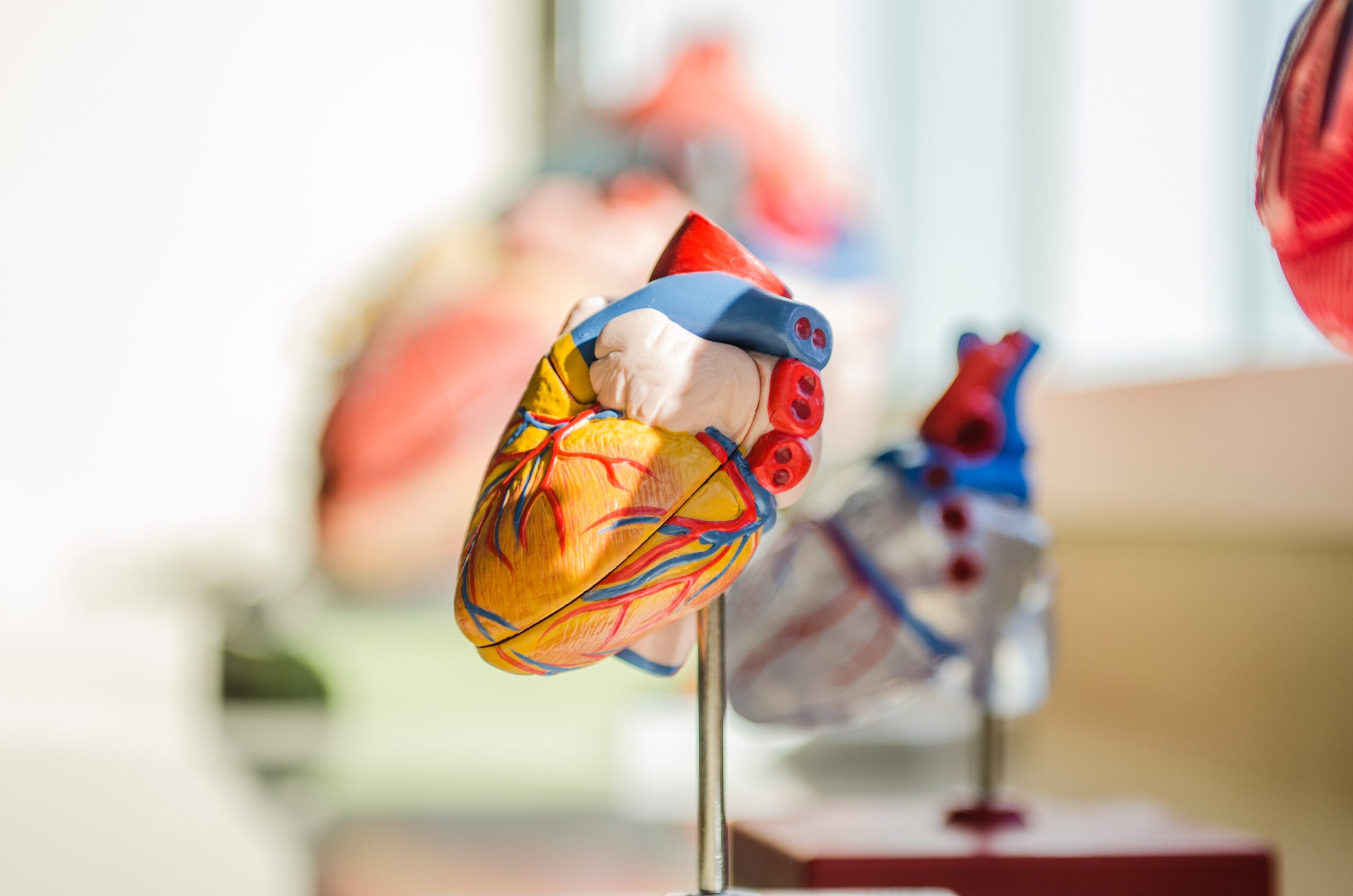 What is the true vital organ? The brain or the heart?

In this article we are going to answer the question ‘’Does the brain control the heart?’’ We will discover the role of these two organs, their close relationship and which of the two is the true ruler.

Does the brain control the heart?

Today we know that the organ of the body that controls and directs our behavior is the brain, but this idea was not so clear until the last century. The undoubted thing about this statement is that there has also been an inevitable link between the brain and the heart, although both are located in different places.

For example, the Egyptians believed that it was the heart that governed the brain or, at least, that all memory and intelligence came from the soul. The Greek philosophers tirelessly debated which of the two organs had a more important role: think of Plato, for whom the brain was “the seat of the soul” or, conversely, Aristotle, for whom the heart was “the continent of the soul’’.

Starting in the 19th century, we found studies that detail the anatomy of the brain, some of its structures are named, and important discoveries emerge that confirm that it is the brain that governs and controls our body and behavior, not the heart.

Brain and heart have a symbiotic relationship, they cannot live without each other. The heart brings blood with oxygen and nutrients to the brain to perform its fabulous function as one of the most complex structures in the universe.

The brain innervates the heart through nerve signals that transmit functions, such as increasing the heart rate, or communicating moods, such as anger, depression, hostility, euphoria, or joy. This has caused the heart to become, throughout the history of humanity, the seat of emotions.

This vital organ of the human being, which still keeps so many secrets, collects, translates and distributes the extensive information of the nervous system.

Some figures related to the wonderful and intriguing human brain overwhelm anyone. It contains around 200,000 million neurons, highly specialized cells.

Today, this fascinating organ is known to use around 19,000 of the 30,000 genes of the highly complex human genome; Almost 2/3 of the entire genetic load goes to brain function.

On the other hand, it contains around 1,000 million connections for every mm3 of the cerebral cortex; each neuron connects with another thousand neighboring neurons and makes 10,000 synaptic contacts, according to Stephen Smith, professor of Molecular and Cellular Physiology at Stanford University, California, USA.

According to the Cardio Research Web Project, there are millions of muscle cells in the heart, cardiomyocytes, with an average size of 15 microns wide and 100 microns long. These specialized cells contract permanently, day and night, without any rest. No other type of muscle fiber in the human body is capable of this exhausting function, without pause.

Every minute, the heart must expel about 4.5 liters of blood so that the human body can continue to live. The brain weighs only 2% of our body, but requires 20% of the oxygen carried by about 750 cc of blood every minute to ensure its proper functioning. Not all the brain requires the same amount of blood for its survival.

The white matter of the brain constitutes the part of the central nervous system composed of nerve fibers with myelin, acting as a relay that coordinates communication between the different regions of the brain; For this, it requires about 25 cc of blood per minute for every 100 grams of said white matter.

The gray matter is made up of the bodies and neuronal bodies, fulfilling the mission of processing all the information, requiring about 4 times greater amounts of oxygenated blood, about 90 cc / min / 100 grams.

How do the heart and brain communicate?

The communication routes between these two vital organs are blood and nerves. Neurotransmitter chemical molecules, such as cytokines, travel through the blood with bidirectional messages between the brain and the heart.

Through the nervous system they communicate through the autonomic nervous system, which is in charge of regulating involuntary bodily functions, such as heart rate or respiration.

The autonomic nervous system has two branches, the sympathetic one involved in activities that require expenditure of energy and preparation of the body to react to a stressful situation; and another parasympathetic that keeps the body in normal situations, after the stress situation has passed.

The ANS in the regulation of cardiovascular function

The control of the ANS affects global functions of the Circulatory System, such as:

• Cardiac pumping, modifying the frequency and strength of the heart contractions.

• Redistribution of blood flow to the most necessary tissues in a certain moment.

These actions are achieved by the ANS through complex reflexes, where the diverse afferent (sensory) information is integrated at different levels of the neuraxis and through the visceral, sympathetic and parasympathetic efferent (motor) pathways, cardiovascular function is modified.

On the other hand, the connections that exist between biochemical markers that bring brain cells closer to those of the heart are curious, both have a particularity, they are specialized cells because they are designed to perform specific functions and with the ability to depolarize.

Creatine kinase (CK) is an enzyme that has two subunits, B for “brain” and M for “muscle”; they are so named because they are preferentially found in the brain and muscles. But there is a third subunit of mixed composition, CK-MB, which is located almost exclusively in cardiac muscle. It seems that the heart is enzymatically midway between the brain and the other muscles.

Another biochemical component that is also closely related is the so-called brain natriuretic peptide (BNP), which is present in the human brain, but is found in greater amounts in the heart.

Therefore the brain also produces it to be able to carry out the tasks that it has to do inside. There is a curious relationship between heart and brain, in that both independently synthesize BNP.

The heart has its own brain

Although many may not believe it, the heart also feels, thinks and decides. It contains about 40,000 neurons and a whole network of neurotransmitters with very specific functions that make it, to our admiration, a perfect extension of our brain.

Anne Marquier, mathematician and founder of the Quebec Institute for Personal Growth,, presents this hypothesis in her lectures on the evolution of consciousness. In them, she shows based on her studies that the heart can make decisions independently of our brain.

Neuroscience is an always fantastic and revealing science that offers light towards those processes that we sometimes intuit but do not fully understand. The heart is closely linked to the brain, so much so that in fact it is constantly sending it information and even activating or inhibiting various brain areas according to certain needs.

You will like to know, for example, that emotions such as love and its manifestation through affection, tenderness or need and care are born from this exceptional complex of cells, nerves, energy and electricity that make up who we are: a perfect engineering ready to interact with their environment and with their peers.

Yes, the heart is also an intelligent organ

The heart is an emotionally intelligent organ. It seems, without a doubt, a strange redundancy and even a phrase too poetic to give it authentic validity.

However, let’s think about the following for a moment: When we cultivate positive emotions characterized by calm, balance, and full and authentic satisfaction, the heart rate is in harmony. It is rhythmic and perfect.

However, factors such as stress, anxiety or fear completely break this balance. Its waves suddenly appear in unharmonious and even dangerous peaks.

The heart knows well that emotions help us connect with other people. Hence, and just as an example, it is this organ that is responsible for producing certain hormones, such as ANF, responsible, among other functions, for stimulating the release of oxytocin, the hormone of care, affection or love.

The three connections of the heart

We pointed out at the beginning that the heart has a very complex nervous system where neurotransmitters, proteins and support cells are concentrated. Does this mean that this organ that gives us life is also a “thinking system”?

Almost. More than a rational organ, it’s a purely sensitive organ capable of making decisions by itself based on certain stimuli. The most interesting thing about all this is that, as neurologists and cardiologists explain, the heart can act independently of the brain itself. Even more, it even learns through experience.

Let’s see how it does this through a series of connections it makes with the brain.

This data undoubtedly invites us to reflect. Of the total cells in the heart, 67% are nerve cells.

The heart sends more information to the brain than it receives, it is the only organ in the body with this property, and it can inhibit or activate certain parts of the brain depending on the circumstances.

Biochemical information through hormones and neurotransmitters. It is the heart that produces the ANF hormone, which ensures the general balance of the body: homeostasis. One of its effects is to inhibit the production of the stress hormone and produce and release oxytocin, which is known as the love hormone.

In fact, it is suspected that it could work “in a team” with the amygdala.

The heart is characterized by having a very powerful electromagnetic communication. In fact, it is 5,000 times greater than the brain itself.

So, Does the brain control the heart?

People are, therefore, a wonderful cluster of energies, impulses, sensations and perceptions guided by two exceptional channels: the brain and the heart. Now, the latter is not only the classic “pump” that makes blood circulation possible, it also gives life to that which makes us human: emotions

The conversation between these two friendly and inseparable systems is very fluid and a problem suffered by one of them will affect the other immediately. A stroke will change heart function, and a heart rhythm disturbance, such as an arrhythmia called atrial fibrillation, can affect blood flow or form clots that impact the brain.

This connection can generate different types of dialogue: turbulent, in the presence of a bad mood, acute or chronic stress, negative emotions or depression or unfavorable psychosocial factors, such as economic crises, social inequality, tragedies or pessimism.

There can also be pleasant conversations that generate well-being and health, such as laughter, joy, love and optimism.

FAQS: Does the brain control the heart?

Which part of the brain controls the heart?

Specifically, the medulla oblongata is responsible for controlling blood pressure and heart rhythms.

Does the brain tell the heart to beat?

The brain sends signals to control pressure, heart rates, etc. However, the heart doesn’t need a brain to beat, as it has its own ” nervous system ” that can even keep beating without being in contact with the brain.

How does the heart and brain work together?

The heart and brain work:
Through nerve impulses.
Through hormones.
Through electromagnetic interactions.

What is the heart controlled by?

Do emotions come from the heart or brain?

Emotions are the product of the brain, however, thanks to nerve signals, the brain experiences many of the symptoms of emotions. As for example, the acceleration of the heart rate, the pressure, etc.

In this article we answered the question ‘’Does the brain control the heart?’’ We discovered the role of these two organs, their close relationship and which of the two is the true ruler.