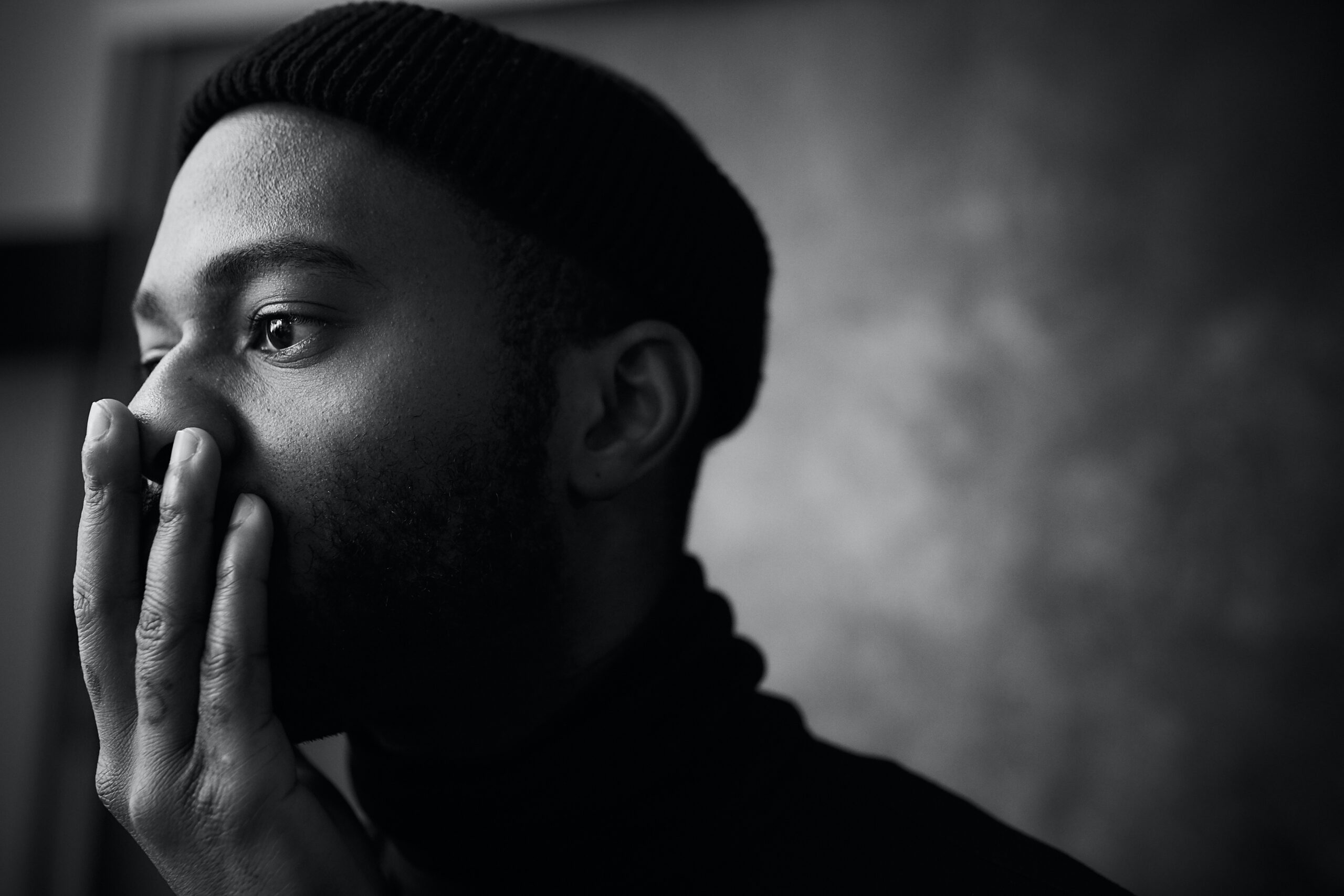 The automatic and involuntary responses of our body that arise as a reaction to external stimuli (such as blows or heat) are produced thanks to a nervous mechanism called reflex arc.

There are different types of reflexes that help us survive from a very young age and protect ourselves from the dangers of our environment.

In this article we are going to answer the question ‘’Does the brain control reflexes?’’ we explain what a reflex arc is, its main characteristics, its structure and its components, the functions they perform, as well as the different types of reflections that exist and the brain’s role in all these processes.

Does the brain control reflexes?

No, the brain does not control reflex actions. Or at least not all. In a reflex action, the sensitive information only reaches the spinal cord, so the response is automatic.

The reflex arc is a neurophysiological mechanism of the nervous system that is activated in response to an external stimulus, such as when we give ourselves a strong blow or a source of heat is brought close to the body.

Reflex movements are automatic and involuntary, since, unlike what happens with most of the nerve pathways, sensory neurons transmit nerve impulses to the spinal cord, without reaching the brain, allowing a faster motor response.

Reflex arcs can be of two types: simple or compound. If only one sensory neuron and another motor neuron are involved in the reflex arc process, we can speak of a simple reflex arc; On the other hand, if there are other types of neurons involved (eg interneurons) we would be facing a compound reflex arc.

Reflex arcs are usually compound or polysynaptic; that is, its circuit is made up of several synaptic connections.

On the other hand, there are reflex arcs in the autonomic nervous system, the part of the organism in charge of the control of the involuntary functions of the body (the viscera, heart rate, digestion, etc.).

And in the somatic nervous system, responsible for sending the information from sensory receptors to the central nervous system, as well as conducting nerve impulses to skeletal muscles to produce voluntary movements.

There are differences between the neuronal circuits of the reflex arc of the somatic system and of the autonomic system, mainly in the efferent part (which is the one that controls automatic and muscular responses);

In the latter, the presence of a ganglion always mediates between the central nervous system and the effector organs, contrary to what occurs with the somatic efferent arc.

Through reflex arcs, our body sets in motion numerous nervous mechanisms and their existence seems to have been a determining factor at the evolutionary level, since it has been suggested that they are the original circuits from which the rest of the nervous structures of our body arose.

Their value is undeniable, since without them we would not be able to face many dangerous everyday situations that we face in our daily lives.

A reflex arc is made up of different parts that work in an integrated and coordinated way: receptors, sensory or afferent neurons, motor or efferent neurons, and effector organs. Let’s see what each of them consist of.

The sensory receptors located in the different nerve endings and distributed throughout the body are responsible for transmitting the information they receive from the outside in nerve impulses.

These receptors are made up of specialized neurons that are responsible for transforming stimuli according to their modality, be it visual, olfactory, auditory, taste or touch (by grip, pain, temperature, etc.).

Among the most common receptors we can find photoreceptors, the cells in charge of detecting light intensity; thermoreceptors, responsible for detecting heat and temperature changes; or mechanoreceptors, neurons that react to mechanical pressure.

Once the receptors have captured the information from the outside, the sensory or afferent neurons are in charge of collecting it and transmitting it to the nerve centers (the gray matter) of the spinal cord, the place where the information will be processed in order to be able to elaborate the response that best adapts to environmental demands.

The motor or efferent neurons conduct the nerve impulses of the orders that have been elaborated in the spinal cord and the integrating nerve centers to the effector organs that will produce the motor response.

The integrating nerve centers fulfill the function of connecting the sensory neurons with the motor neurons, thus allowing the transmission of information from one part to another and the consequent automatic response.

The neurons that are responsible for this interconnection work are called interneurons.

The effector organs are the last component of the reflex arc. They are the structures in charge of executing the automatic and involuntary response that comes from the nerve centers of the spinal cord. There are different types: they can be exocrine glands (eg salivary glands or sweat glands) and muscles (eg skeletal muscles or heart muscle).

Most of the reflex arcs that exist in the human body aim to prevent us or respond quickly and effectively to potentially dangerous situations.

For this reason they have been and are so necessary for our survival: they alert us when there is a risk of exposure to toxic elements, through smell receptors; or when we are about to burn, through the thermoreceptors.

However, some of the primary reflexes that we acquire at birth end up disappearing as we grow older.

For example, the sucking reflex, which allows the child to feed and disappears at 4 months; or the Moorish reflex, which makes it easier for the baby to change position and protect itself against strident sounds, so necessary when we are newborns as it is dispensable after six months of life.

In short, there are different types of reflections with different functions; some are necessary from birth and become dispensable over time, and others remain for life because they fulfill an adaptive function essential for the survival and conservation of the human species itself.

In the human body there are various types of reflexes. Let’s review them:

They are common reflexes in all human beings. They are also called unconditioned or absolute, and their main characteristic is that no prior learning is necessary to acquire them, since they are an innate mechanism that protects us from potentially harmful external conditions (eg the withdrawal of the hand when feeling a source of heat).

Conditioned reflexes are the opposite of innate ones; that is, they are acquired as a result of learning and previous experiences in certain situations and external stimuli.

The best known is classical or Pavlovian conditioning, a type of learning according to which a stimulus with a neutral value, which initially does not elicit any response, ends up producing automatic responses by association with another stimulus that normally elicits them.

The best known, perhaps, is the patellar reflex that is usually explored in the medical consultation and consists of percussing the patellar tendon with a reflex hammer, with the aim that the person responds with a sudden contraction of the quadriceps femoris muscle.

This type of reflex occurs when there is trauma and the spinal cord is injured. This is disconnected from the brain and the lower segment produces the reflex arc response. Some of these reflexes also intervene in the functioning of the bladder or rectum, in the reappearance of muscle tone or in the performance of certain involuntary movements.

So, does the brain control reflexes?

There are many people who have these doubts: does the brain intervene in reflex movements, or not? And if so, are you referring to the unconscious part of it when you say “spinal cord”?

It depends on the type of reflections we are talking about…

The reaction to pricking or burning a hand is the classic example, but it is incorrect: the brain does intervene. Reflexes limited to the spinal cord are others such as the “kick” you give when you hit the knee, the erection of the hair or the penis or urination.

We use some of these reflexes (such as flexing of the toes) to assess the integrity of the spinal cord even with no activity or connection to the brain.

Other reflexes are made by “basic” structures in the brain, without higher processing. The reaction of your pupils to light or the drop in heart rate to cold are mediated by the cranial nerves, which reach the medulla oblongata.

What we were talking about the other day: they belong to the “brain” (brainstem), but not to what most people understand as brain (cognitive abilities, telencephalon). These reflexes are seen in decorticated individuals, who do not have higher brain activity but retain some of the automatisms.

For the reflex arc mechanism to occur, the joint participation of three different components is necessary, but they are related to the stimulus that is going to provoke the stimulus-response. These are the receptors, neurons, and effectors.

For the reflex arc mechanism to occur, the joint participation of three different components is necessary, but they are related to the stimulus that is going to provoke the stimulus-response. These are the receptors, neurons, and effectors.

When the stimulus is generated, the receptors located in the nerve endings receive the information generated by the external environment through the stimulus, these receptors, according to the function they perform and the type of stimulus carried out, are processed by the afferent neurons to be transmitted to the spinal cord or brain.

FAQS: Does the brain control reflexes?

Why does the brain not control reflexes?

Reflexes don’t have to travel to your brain to be processed and trigger a reaction, that’s why they happen so quickly.

What part of the brain controls the reflex action?

The brain stem controls the reflexes and automatic functions.

Can you stop or control your reflexes?

Reflexes are actions we can’t control.

What happens during a reflex action?

A reflex is a muscle reaction that happens automatically in response to stimulation. Certain sensations or movements produce specific muscular responses.

What happens if your reflexes don’t work?

If there is an issue with the nerve supply, a reflex may be reduced or absent. If such reflexes are diminished or missing, it will illustrate what could be squeezed by the nerve.

In this article we are going to answer the question ‘’Does the brain control reflexes?’’ we explained what a reflex arc is, its main characteristics, its structure and its components, the functions they perform, as well as the different types of reflections that exist and the brain’s role in all these processes.