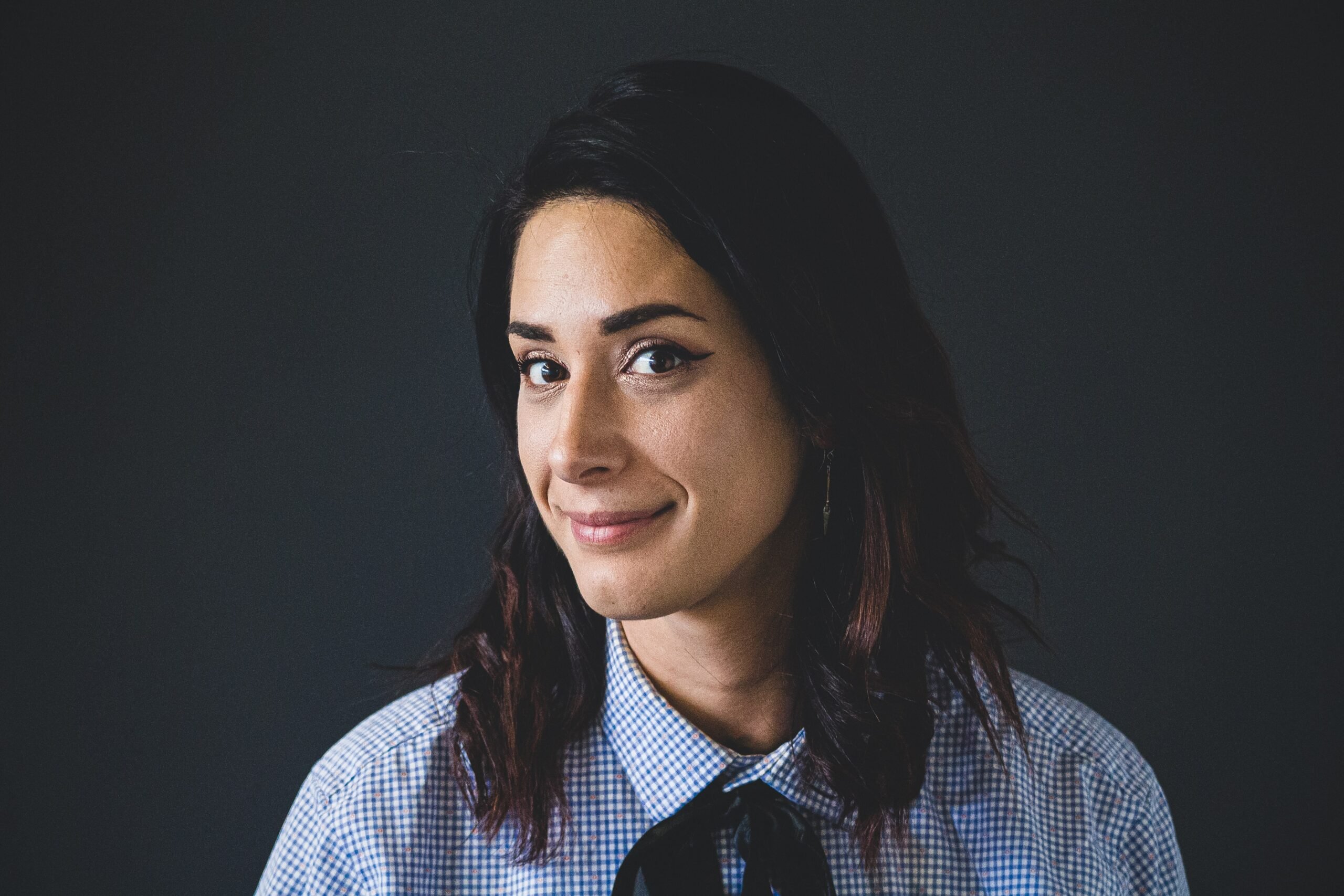 You know that feeling of coming out of a test, or a particularly difficult day at work, and being completely exhausted, of falling asleep on the couch or on the dinner plate? You have not done any physical activity, but you have been exhausted. Is your brain to blame for this fatigue?

In this brief article we are going to answer the question ‘’Does the brain burn calories?’’ We will discover how the brain burns calories and if it is possible to make us lose weight.

Does the brain burn calories?

Yes, the brain can consume about 350 calories in 24 hours, that is, 20% of what we usually spend per day

Thinking is tiring, and whoever denies it is that he has not spent long hours working in front of a computer, nor has he been studying for hours or planning the details of the reform of his house.

How can it be as exhausting to think – without practically leaving the place – than to crush half an hour on the elliptical, as a 30-minute run at a speed of 8.5 km / h or to spend almost an hour on the dance floor giving it all?

Well, it will not be as tiring, but the same calories are burned (taking as a reference an adult with an average brain weight, about 3 pounds).

The human brain represents approximately 2% of body weight, and consumes 20% of the body’s oxygen and glucose. In the basal state, the brain can consume about 350 calories in 24 hours, that is, 20% of what we usually use per day.

A caloric expenditure that is comparable to that of the physical activities indicated above, according to the tables managed by Harvard University.

All physiological processes require energy, although “the brain is the organ that consumes the most energy. In the brain, it is assumed that gray matter [where the neuronal nuclei are located] consumes more energy than white matter [whose main function is to transmitting information]

This is due, among other factors, to the large number of synapses and mitochondria in gray matter, along with the fact that white matter is, by design, more efficient and economical.

However, brain energy consumption is variable. When it is in normal mode, such as when we are walking down the street thinking about our things, perhaps consumption is lower, in the sense that no area of the brain is activated more than others.

But if we suddenly start to solve a problem, a specific region is activated and it starts to spend more fuel. It is like a car that is idling and when it starts up the fuel consumption shoots up.

So not all jobs should burn the same brain calories. Does a researcher who is immersed in the search for genetic errors that cause a rare disease spend more (to give an example of observing a huge amount of data) than an administrative person dedicated to issuing the ID (a task, a priori, more routine)?

Put to theorize, and given the eternal controversy between the existence of a female brain and a male one, are there differences between the sexes in terms of cerebral energy expenditure? A review of thousands of scans carried out by researchers at the University of Edinburgh has found no such difference, but a larger size for their brains.

However, we both have the same cerebral caloric intakes. In any case, perhaps certain differences could be established in terms of size (that of women, about 100 grams less), although the difference in size of brains among the general population is greater.

A hypothetical difference between men and women in brain energy consumption could be due to variations in hormonal levels associated with the female cycle.

In any case, energy consumption depends more on the tasks performed by the brain than on other factors, and a larger brain size of the male does not mean that it will be more efficient, but rather that it may be more linked to evolutionary factors related to aspects such as activity muscle needed to perform heavy work.

The brain devours glucose, but no, thinking does not lose weight

Indeed, the brain consumes more calories, but once the calculator intervenes we realize that the final number is not so spectacular. The energy needs of the brain are remarkable, although that also extends to its efficiency.

A part of the energy is invested in the creation and release of neurotransmitters when we think, and it is equivalent to one fifth of a calorie per minute. By thinking more, the brain requires more blood, oxygen, and of course, glucose.

A study revealed that when faced with more demanding mental tasks, the blood vessels in the brain dilate to obtain additional glucose, but that does not mean that glucose consumption has a direct effect.

In fact, the results tend to be contradictory: A person who exercises for 20 minutes on a treadmill (distributing glucose consumption) before performing a task concentrates better than someone at rest.

The difference between the caloric consumption of the brain at rest and under intense activity is little more than one calorie, that is, we go from about 0.2 calories per minute to 1.5 calories. The problem is, that jump only lasts a few minutes.

The act of thinking burns between 10 and 50 calories every day, therefore the answer to the original question is yes, but if you were hoping to lose weight with pure Sudoku, you will have to look elsewhere.

Where does tiredness come from?

Well, if I didn’t burn calories thinking during that test, or using my creativity at work … why do I feel so tired? Mental exhaustion, temporary or chronic, is a real problem faced on a daily basis for many people.

But perhaps it is believing that we are exhausted that makes us feel that way in the first place.

In fact, many people do activities that exercise their brain to maintain their mental alertness. Think of doing a crossword puzzle, playing chess, or completing a sudoku puzzle. You don’t usually suffer from mental exhaustion after that.

In the specific case of an exam or work, the answer does not come in the expenditure of energy, but in our attitude towards those activities. Stress plays an important role in feeling tired, but it has nothing to do with the calories you burn.

Some studies confirm that a lack of motivation to do the tasks you need to do (and the desire to distract yourself with your cell phone instead) is what causes fatigue in situations where you are not physically exhausted.

In short, does the brain burn calories? Review

The brain is the only organ that requires so much energy in a basic way, always maintaining these adequate concentrations to supply the billions of neurons during brain activity, even when they are not sending signals. It is costly and ongoing maintenance, but necessary.

On average, the brain weighs about 3 pounds, 2% of body weight; however, due to high brain activity, it can require up to 20% of total energy and calories, even when the body is at rest.

For example, cites the scientific journal, a study by Claude Massier, from the University of Ottawa, Canada, determines that the average calorie expenditure of a normal person would be 1300 kcal in 24 hours, about 54.16 kcal per hour and 15.04 calories per second .

Assuming an average resting metabolic rate of 1,300 calories, brain activity consumes 260 of those calories just to maintain good function; that is, 10.8 calories per hour or 0.18 calories per minute.

In addition, according to the journal, when complex brain activity is carried out, neurons inflame blood vessels and require greater consumption of energy, which may require a greater requirement of glucose, taking it from that used for other bodily functions.

However, Robert Kurzban from the University of Pennsylvania, points out in his study that in reality the brain does not require greater consumption of glucose or calories for proper neuronal function in the face of complicated intellectual activities.

In reality, explains the specialist, the mental fatigue we feel after doing greater concentration and intellectual activities is mainly due to the idea that we have made a great effort in the face of certain brain activity, and not that it is actually you have done a huge calorie burn.

In this sense, the way in which the brain has total energy and glucose is still being studied. Although it is an organ that at rest requires a good amount of energy for brain activities, it does not necessarily mean that there should be a greater consumption of it.

FAQS: Does the brain burn calories?

How many calories does your brain burn while studying?

The brain does burn about 350 calories just for the sake of thinking.

Can you burn fat by thinking?

No, you can’t burn fat by thinking.

What body part burns the most calories?

The legs, back, chest and core.

How many calories do you burn doing nothing?

Non-exercise activity thermogenesis burns between 100 and 800 calories per day.

In this brief article we are going to answer the question ‘’Does the brain burn calories?’’ We will discover how the brain burns calories and if it is possible to make us lose weight.

Bryce, E. (2019, November 9). How Many Calories Can the Brain Burn by Thinking? Retrieved November 30, 2020, from livescience.com website: https://www.livescience.com/burn-calories-brain.html