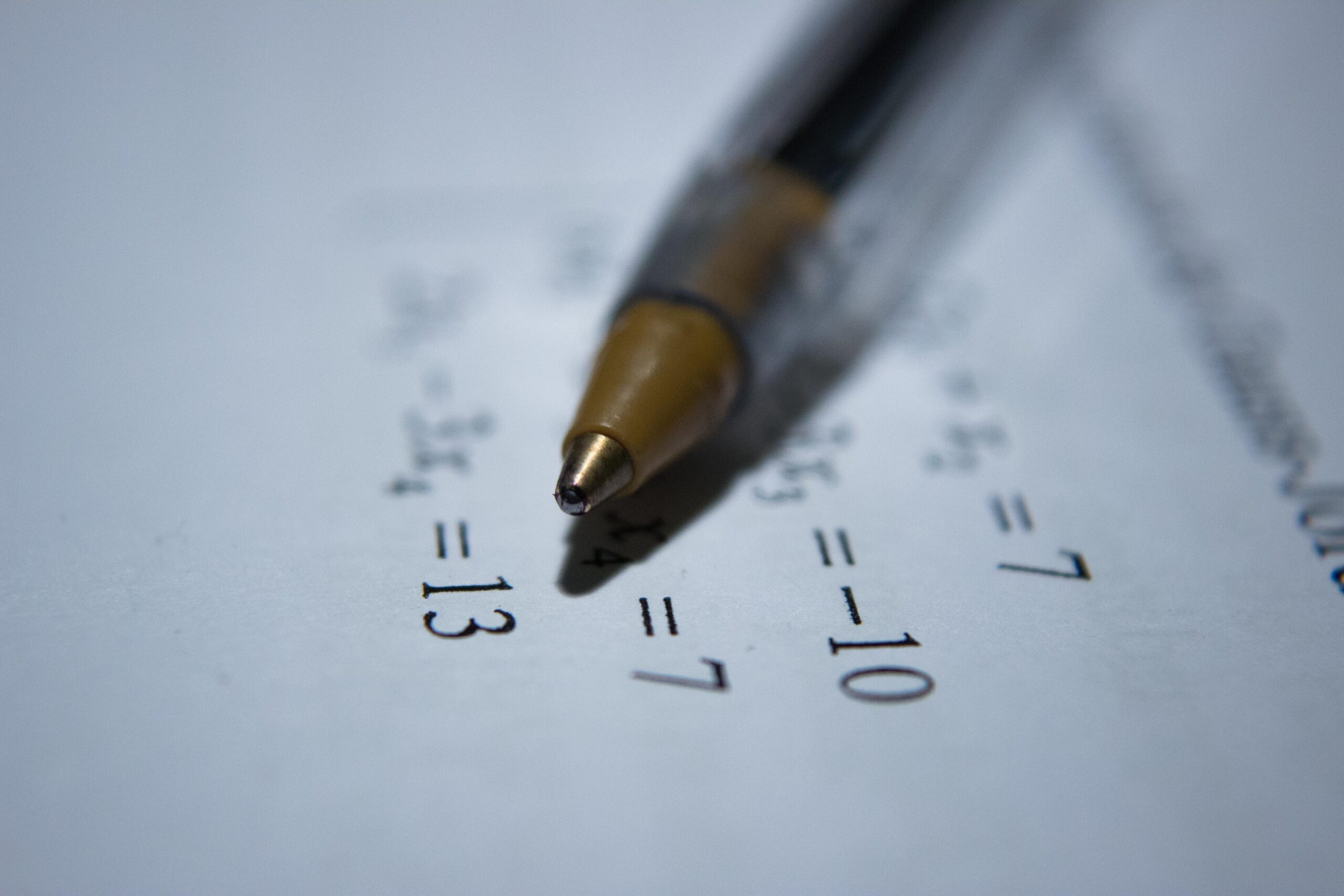 For centuries, mathematics has been related to the level of intelligence.

In this article we are going to answer the question ‘’Does mathematics make you smarter?’’ We will explore the concept of intelligence, its types and we will find out if being good at math really makes you “smart.”

Does mathematics make you smarter?

Our ability to solve mathematical problems has long been considered the clearest expression of our own intelligence.

The time it took to detect mathematical patterns, solve a mental calculation operation, or answer geometry exercises used to be measured. Today this capacity is still very important when evaluating the cognitive capacities of the human being, but our conception of what intelligence is (or can be) has become broader.

That’s why proposals such as the Theory of Multiple Intelligences have arisen, one of whose components is the logical-mathematical Intelligence formulated by the psychologist Howard Gardner.

There is no single intelligence: Theory of Multiple Intelligence

We have lived for decades with a very limited view of our intelligence. Luckily, Gardner changed this mindset and discovered that there are many ways to be smart.

The concept of Multiple Intelligences was developed by the American psychologist Howard Gardner during the 1980s, and represents a very powerful idea: that the capacities of our mind are not part of a single skill called intelligence, but of many that work in parallel.

There are 8 different mental abilities that make up the Theory of Multiple Intelligences, although the author himself acknowledges that there are probably more that have not yet been discovered. Those are the 8 multiple intelligences described by Gardner:

Linguistic intelligence not only refers to the ability for oral communication, but to other ways of communicating such as writing, gestures, etc.

Traditionally, this has been part of the core of intelligence tests, and it’s highly valued because it allows us to see to what extent we are skillful performing mental operations that have to do with a formal system, such as the task of solving an equation or detecting a logical fallacy.

Spatial intelligence has to do with our ability to recreate spaces in our imagination and manipulate them mentally. For example, it can be used to solve puzzles with three-dimensional figures, to drive a vehicle or to find the exit in a maze.

As its name indicates, this component of the Theory of Multiple Intelligences has to do with the process of making and appreciating music; its rhythms, its variations, etc. It is not surprising, then, that people with greater musical intelligence tend to develop these skills even more and end up becoming musicians.

The people who stand out the most through this intelligence are the ones who connect more easily with their body and the way it can be moved. Dancers, actors, and athletes, for example, display this ability when they coordinate many muscle groups to perform harmonious movements and exact gestures.

This type of intelligence has to do with the way in which we learn to analyze everything that happens in our mind, especially if they are emotions. For example, examining an unpleasant sensation and drawing a valuable life lesson from it with relative ease is a sign that this skill is highly developed.

A skill that has to do with the success we have when it comes to improvising with the elements that we have in our environment to use them in a creative and innovative way. For example, an explorer who makes a shelter out of plant fibers demonstrates this ability.

Howard Gardner added this element to the Theory of Multiple Intelligences when the rest had already been proposed.

Gardner affirms that all the people are owners of each one of the eight classes of intelligence, although some stand out more than others, none is more important or valuable than the others. Generally, it’s required to master a large part of them to face life, regardless of the profession that is exercised. After all, most jobs require the use of most types of intelligence.

This type of intelligence can be defined as our capacity for formal reasoning to solve problems related to numbers and the relationships that can be established between them, as well as to think following the rules of logic.

Mathematics studies abstraction, relationships and numerical operations, while logic refers to the processes of analysis and reasoning. Both skills are closely related

However, they are not inseparable. So a person can present a logical ability far superior to mathematics and vice versa. Logical-mathematical intelligence is a complex skill and is made up of mathematical calculations, logical thinking, inductive and deductive reasoning, problem solving, and the identification of patterns and relationships.

In logical-mathematical Intelligence, mathematics and logic go hand in hand because thinking through both requires following the rules of a formal system, simply: one plus one equals two, whatever the units with which it is used.

In short, being endowed to a greater or lesser extent with logical-mathematical intelligence allows us to recognize and predict the causal connections between things that happen (if I add 3 units to these 5, I will get 8 because I have added them, etc.).

Thanks to this intelligence we are able to think more or less coherently, detect regularities in the relationships between things and reason logically.

It could be said that, beyond our unique way of seeing things and using language in our own way to define things that happen in the world, logical-mathematical intelligence allows us to use logical rules that make our thinking can connect with that of others.

In 1966 the British psychologist Peter Cathcart Wason formulated one of the best-known psychological puzzles in history. There are several versions of the puzzle, but they are all practically the same. This is a classic example of the problem:

Four cards are displayed on a table. Each has a number on one side and a color on the other. The visible faces of the cards show 3, 8, red and brown.

If a card shows an even number on one side, then the opposite side must be red. Which card or cards should you turn to check the truth of the proposition?

Do you know the answer?

The correct solution to the problem is to turn over two cards: the one with an eight and the one with a brown back. Why? Only a card with an even number and a color other than red can invalidate the proposition.

However, if the card with an eight has a brown back or the brown card has an even number, the rule is not met. That is why we just have to turn these cards over.

You’re right? If you haven’t, don’t feel bad. As Brian Gallaguer explains in Nautilus, when Wason performed the experiment only 10% of the participants got the correct answer the first time, 90% failed, and they did so by making the same mistakes.

Formal discipline theory holds that the study of mathematics develops the logical abilities of individuals. Attridge and Inglis conducted an experiment in order to check whether this theory is correct or not.

Basically, they analyzed whether math students also failed the Wason puzzle as fast as students in other subjects.

In the end, the results of the success rate were: 6% in history students and 18% in mathematics students. Which is 3 times more.

In the results of the reasoning tasks, we could say that the study of mathematics at an advanced medium level (university) leads to an increase in logical reasoning. Students begin to think more critically.

The puzzle encompasses many important things in mathematics: abstract concepts, inferences, context, without a doubt, the human being falls into traps of instantaneous intuitions.

How math builds the brain?

All these skills go far beyond mathematics, the benefits of this type of thinking contribute to healthy development in many aspects and the achievement of personal goals and achievements, and with it, personal success.

• Development of thought and intelligence.

• Promotes the ability to reason about goals and how to plan to achieve them.

• It allows establishing relationships between different concepts and reaching a deeper understanding.

• Provides order and meaning to actions and / or decisions.

So, does mathematics make you smarter?

When we speak of intelligence, by rule we refer to intellectual capacity. By being able to learn, remember and use new information, solve problems and adapt to new situations.

Intelligence is one of the traditional subjects in psychology. In fact, its history and development has inspired a good part of the methodology in the rest of the areas.

Because yes, perhaps the main headache that the study of intelligence has brought us is its measurement. In other words, the way to determine if a person is intelligent or not.

Definitions of the concept there are many. The number of results that we find in Google is a bit scary.

On the other hand, in a traditional way, a person skilled in solving logical problems has been considered intelligent. Mathematics, because of its facility for abstraction and for isolating certain cultural variables, has perhaps been the preferred field for intelligence tests.

On the other hand, perhaps the most inspiring and inclusive of modern theory has been Gardner’s.

Gardner’s theory is based on the idea that people process information through different independent – or partially independent – “channels”.

In this way, we can say that mathematics doesn’t make you smarter, what it does is enhance your logic skills, to solve problems and make decisions.

Let’s see it this way: Not because you don’t know math, you’re not smart. What if we say that Einstein was smarter than Mozart?

What do you think about it? Leave us your comments or doubts.

FAQS: Does mathematics make you smarter?

There is a relationship in IQ results and math skills. In addition, mathematics is known to improve your logic skills and your abilities to learn.

Does math help your brain?

Math helps your brain train, yes, cognitive processes like systematic thinking, sequences, and patterns. they will help your brain to improve cognitively.

Do you have to be good at math to have a high IQ?

Not necessarily. In fact, you can have a low IQ and be good at math.

What are the benefits of being good at math?

Benefits of being good in math include
Strengthening analytical skills.
A great brain exercise.
Stimulates creativity.

Who has the highest IQ?

The person with the highest IQ is Marilyn vos Savant, with an IQ of 228, she is on the Guinness Record.

In this article we answered the question ‘’Does mathematics make you smarter?’’ We explored the concept of intelligence, its types and found out if being good at math really makes you “smart.”