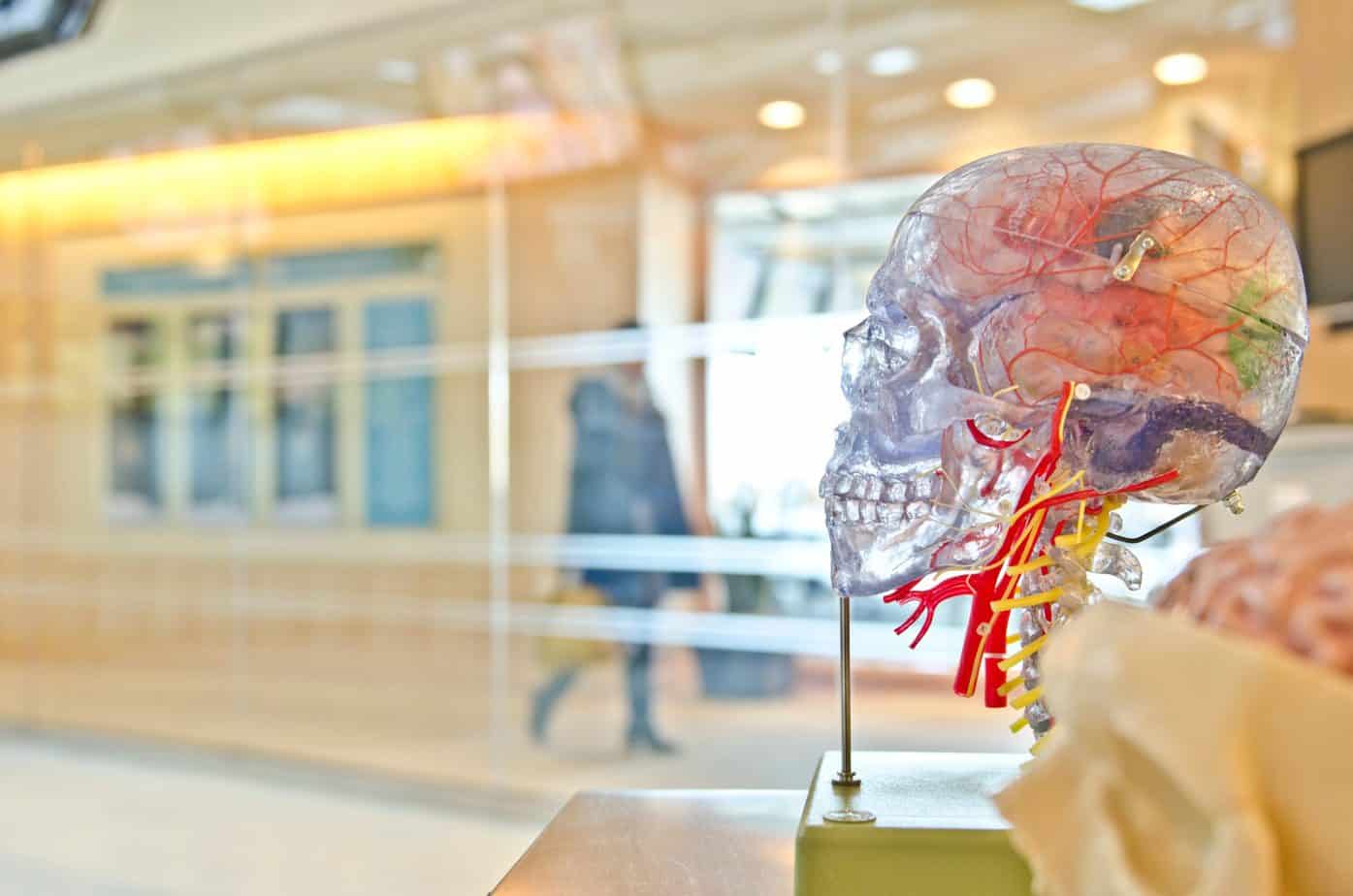 Many people start the day with a good cup of coffee. This substance has reached a very high level of popularity throughout history, being taken by around 80% of the adult population and being an element widely present in everyday life, its consumption being used even as a pretext when socializing .

Coffee helps to clear up, increase the level of arousal and improve attention span. But how can coffee affect us in this way? What happens in your brain when you drink coffee?

In this post we are going to answer the question ‘’Does caffeine kill brain cells?’’ We will discuss the positive and negative effects of caffeine on the brain, how it influences mood, and whether it causes damage to brain structure.

No, caffeine doesn’t kill brain cells. Upon reaching the brain, caffeine settles in the same neuronal receptors reserved for adenosine, preventing it from fulfilling its function. In essence, it blocks the passage of the natural inhibitor in our body, causing neurons to remain active.

How difficult it can be to start the day without a cup of coffee for many people. Sometimes it even seems that just by smelling its aroma they begin to clear.

And it is not only its smell, but also its flavor that generates that feeling of pleasure, in addition to fulfilling a very specific function: stimulating alert and attention systems. Now, what are the effects of caffeine on the brain? Why are some people more sensitive to coffee?

At a chemical level, caffeine is a molecule that works as a brain emitter and blocks adenosine, a substance that makes us feel tired.

In this way, when we drink coffee we feel activated. And it is that caffeine, present in coffee and also in slightly modified tea and cocoa, is capable not only of activating our brain, but also of improving our sense of humor.

Now, officially caffeine is considered a drug -more for use than for abuse-, since it is capable of generating dependence. At the neurobiological level, it can modify the state of consciousness and the quality of certain thoughts and actions. However, taken in moderation it does not pose a serious risk to health.

Although most people drink coffee for sheer pleasure, others consume it for different reasons. Some of them are the following:

In any case, and although its use in small doses is relatively safe, it is recommended that it not be used for health-related issues without prior consultation with a health specialist.

Caffeine, one of the main components of coffee, has, as we already know, psychoactive effects on our brain.

Due to the effect they produce on the nervous system, they are part of psychostimulant or psychoanalptic substances, substances characterized by producing an increase in brain activation and metabolism, generally managing to increase the level of activity of the body.

However, within this group, caffeine is considered a minor activator, forming together with theophylline and theobromine the group of substances known as xanthines.

This group, although it presents activating effects in the organism, has a much less powerful action than that of other excitatory substances and many fewer side effects, and they do not frequently present serious adverse effects.

Caffeine takes a few minutes to reach the brain, and its effects tend to last around four to six hours. It is not uncommon for it to be consumed several times a day, without this having to be dangerous due to its low addictive potential.

Despite this, its habitual consumption ends up producing certain levels of tolerance, with an increasing quantity or frequency of the substance being necessary to achieve the same effects as at the beginning.

Action at the brain level: mechanisms of action

The activating effect of coffee is mainly due to the action on a hormone called adenosine, a hormone that helps to maintain a state of calm and relaxation by encouraging the suppression of brain activity as well as maintaining medium or low levels of other hormones such as dopamine and norepinephrine.

Caffeine acts as an antagonist of adenosine receptors, affecting its absorption in a way that inhibits its reuptake by neurons. This action results in an increase in brain activity and in the intensity of the transmission of nerve signals by allowing a greater action by other hormones such as dopamine.

In addition to its effect on adenosine, caffeine also interacts with other neurotransmitters. Another of the great effects of caffeine in the brain is the increase in the release of dopamine, which activates the brain’s reward mechanisms to induce a state of well-being.

However, while other substances such as cocaine activate the entire system (which facilitates its enormous addictive potential), caffeine and xanthines usually cause an increase in dopamine release in more specific areas such as the caudate nucleus and the prefrontal cortex.

In this way, a somewhat pleasant sensation of activation is achieved, but without the entire brain reward system being activated.

Caffeine in turn stimulates the noradrenergic and cholinergic systems, producing an increase in activation and an improvement in the ability to concentrate and process information.

Finally, it is relevant to note that the consumption of caffeine causes an increase in the levels of cortisol, known as the stress hormone, and adrenaline. This effect helps to induce a physiological level of activation that allows you to remain alert and attentive.

However, it can also cause distress or negative stress that can lead to maladaptive behaviors, heart racing or anxiety.

Effects of caffeine on cognition or mental performance

Certain cognitive abilities tend to be more efficient under the influence of caffeine. Some of them are the following:

However, using caffeine as a strategy to improve mental performance is not a good idea. There is no study that has shown a quantitatively significant difference.

In addition, it has not been proven that higher doses of caffeine imply an improvement in mental efficiency.

In fact, there is a limit in the amount of intake of the substance beyond which no cognitive improvement is observed.

To this must be added the incipient anxiety that it probably generates and the possible withdrawal syndrome that may develop if excessive consumption is reached.

On the other hand, the action of caffeine includes an important placebo component: if a coffee drinker expects some increase in performance, but this does not occur, they may try to overcompensate by striving for that performance.

The end result will obviously be an increase in performance that you can attribute to the caffeine itself.

Effects of caffeine on mood

As we have said before, caffeine increases alertness. And, precisely, it is that feeling of activation that for many people is an incentive about how good they feel at a given moment. In fact, some claim that under the influence of caffeine they experience a greater sense of task accomplishment.

But as it can happen with other activating substances, caffeine tends to produce, in a secondary way, an increase in anxiety. This effect could counteract any transitory mood improvement caused by coffee consumption.

In general, the impact of caffeine on mood is related to expectations, that is, how it is expected to influence and the context in which caffeine intake occurs.

Thus, for some clinical and research professionals, the greatest positive effect that caffeine can cause in an individual is not so much to counteract the lack of energy, but to alleviate the symptoms of a kind of withdrawal syndrome, after a long time without consume the substance.

This position, however, has not been scientifically validated; although experience indicates that an individual’s mood can be improved by taking caffeine regardless of the time that has elapsed since the last coffee drink.

Caffeine has positive and negative consequences, which prompts us to take advantage of it at the necessary moments, without disorderly or compulsive abuse or thinking of it as if it were a medicine.

And if at some point we do, we already know: the best solution is always to nip it in the bud, forgetting for a while to prevent the dreaded side effects from appearing.

Does caffeine damage your brain?

While it is true that caffeine helps the brain to be alert, it also has a negative side. The US Food and Drug Administration states that 600 milligrams of caffeine per day can cause headaches, elevated anxiety, and sleep disturbances.

What does caffeine do to the brain?

The more energy your brain needs and therefore burns, the more adenosine concentration increases in your brain and the more you tire.

Does caffeine make you dumber?

New research shows that if you’re a guy, caffeine slows your brain down. According to a study from the Journal of Applied Social Psychology, if you’re a guy, the cup of coffee you drink in the morning doesn’t help you wake up, it actually decreases your brain capacity.

Can caffeine cause memory problems?

Caffeine has several effects on the health of your body and mind. Depending on how you consume it, it can improve memory, physical performance, and be good for your heart. Too much caffeine can also cause irritation or anxiety.

Is milk good for brain?

Drinking at least one glass of milk a day could have a positive effect on the brain and mental performance, according to a study published in the International Dairy Journal.

In this post we answered the question ‘’Does caffeine kill brain cells?’’ We discussed the positive and negative effects of caffeine on the brain, how it influences mood, and whether it causes damage to brain structure.