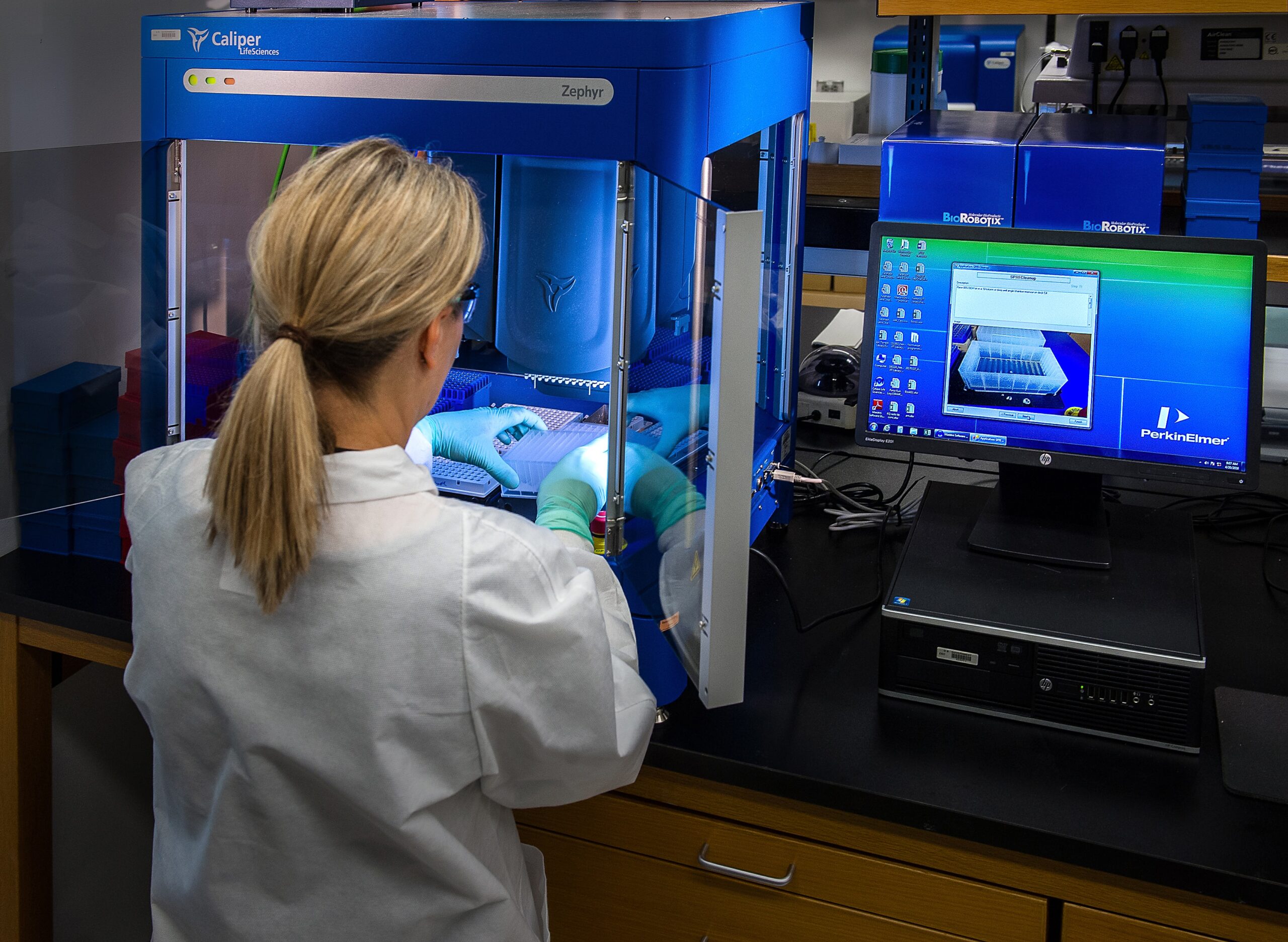 Neurosciences are, in many aspects, the basis of current psychology, neuroscience with the help of physics allows us to structure theories and models that try to explain behavior and mental processes.

In this brief guide, we’re going to answer the question “Do you need physics for Neuroscience?” what functions do they perform at work, the requirements to become one, the average income, and its importance.

Do you need physics for Neuroscience?

Neuroscience is a set of scientific disciplines for this as a neuroscience student, you’ll be required to take a combination of various subjects during your formation such as physics, anatomy, chemistry, and mathematics. In order to approach the understanding of the mechanisms that regulate the control of nervous reactions and the behavior of the brain.

The future neuroscientists will need to understand physics topics such as non-linear dynamics, learning the electrophysiology and ion-conductance models (such as Hodgkin-Huxley or Morris-Lecar). But physics plays a substantial role in neuroscience?

Physics in neuroscience has led to the development of important tools in the brain and science.

And new treatments based on them. such as repetitive high-frequency TMS (rTMS),  deep brain stimulation,  etc, that have been very useful and vital for the development of optimal treatments in clinical neuroscience.

As we can see, physics does merit a place in neuroscience. However, to date, there isn’t an exact explanation of how the link between physics and neuroscience exists.

Many attempts have been made to build a bridge between physics and neuroscience, but somehow the puzzle remains incomplete.

Despite this, technical and clinical successes in neuroscience, wouldn’t have been possible without physics.

Theoretical tools like theoretical biology make heavy use of stochastic processes or discrete math, for instance, in order to model biological processes or chromosomal rearrangements, and all these tools have deep roots in theoretical physics.

Neuropsychological research on the neural basis of behavior generally posits that brain mechanisms will ultimately suffice to explain all psychologically described phenomena.

This assumption stems from the idea that the brain is made up entirely of material particles and fields, and that all causal mechanisms relevant to neuroscience can therefore be formulated solely in terms of properties of these elements.

Thus, terms having intrinsic mentalistic and / or experiential content (e.g. ‘feeling’, ‘knowing’ and ‘effort’) are not included as primary causal factors.

This theoretical restriction is motivated primarily by ideas about the natural world that have been known to be fundamentally incorrect for more than three-quarters of a century. Contemporary basic physical theory differs profoundly from classic physics on the important matter of how the consciousness of human agents enters into the structure of empirical phenomena.

The new principles contradict the older idea that local mechanical processes alone can account for the structure of all observed empirical data.

Contemporary physical theory brings directly and irreducibly into the overall causal structure certain psychologically described choices made by human agents about how they will act.

This key development in basic physical theory is applicable to neuroscience, and it provides neuroscientists and psychologists with an alternative conceptual framework for describing neural processes.

The new framework, unlike its classic-physics-based predecessor, is erected directly upon, and is compatible with, the prevailing principles of physics.

It is able to represent more adequately than classic concepts the neuroplastic mechanisms relevant to the growing number of empirical studies of the capacity of directed attention and mental effort to systematically alter brain function.

What does a Neuroscientist do?

First things first before explaining the role of a neuroscientist, we’ll give a brief explanation of what neuroscience is.

Neuroscience is a scientific specialty that is dedicated to the comprehensive study of the nervous system, taking into account its functions, its structure, and other aspects. In this way, it helps to explain various characteristics of behavior and cognitive processes through biology.

So, returning to our question, what does a neuroscientist do? Neuroscientists are characterized as being curious; they’re in charge of studying the brain and then try to solve questions using scientific experiments.

Neuroscientists study the nervous system on many different levels. They examine molecules, nerve cells, neural networks, and the structure of the brain, individually and collectively, and how these components interact to perform different activities.

These scientists study how a typical nervous system develops and functions, as well as disorders and diseases that cause problems with the growth or function of the nervous system such as Alzheimer’s, Parkinson’s, multiple sclerosis, and amyotrophic lateral sclerosis, commonly known as Lou Gehrig’s disease.

Where do neuroscientists work?

Neuroscientists often conduct research in offices or laboratories. Some work in clinics and hospitals to evaluate, diagnose, and treat patients.

Neuroscientists can participate in publicly funded research projects at universities, research institutes, or government facilities. Others conduct applied research for private industry, where they develop new pharmaceutical treatments or other biotechnological products. Some treat patients as licensed neurosurgeons and neurologists.

Requirements to become a neuroscientists

To become a neuroscientist, as a student you’ll begin your educational journey by earning a bachelor’s degree. Most aspiring neuroscientists specializes in psychology or a closely related field as medicine

Once you earn your undergraduate degree, you will move on to a master’s degree with advanced courses in neuroscience or biological sciences.

And after that Students planning a career in research in neuroscience that provides clinical laboratory experience and options to study neuroscience in-depth you may complete a Ph.D.

According to the Bureau of Labor Statistics (BLS), a Ph.D. program in neuroscience can take about six years to complete.

Programs in neuroscience include a core curriculum in the field, laboratory rotations, clinical rotations, and elective courses that allow graduate students to focus on an area of ​​specialization in neuroscience. Neuroscience programs include courses in data analysis, mathematical modeling, neuropharmacology, brain disorders, and neurogenetics.

What’s the average salary of neuroscientists?

According to the U.S. Bureau of Labor Statistics (BLS)

Scientific research and development services in the area that employs the most neuroscientists, with nearly 40,000, according to the Bureau of Labor Statistics. These works are mainly carried out in laboratories and don’t necessarily involve teaching. They can be funded by government grants or private equity. The average salary for a neuroscientist in this area is $ 105,510.

Why is it important to study the brain?

The brain is the most important organ of the nervous system.

Nowadays, thanks to scientific advances, the brain has come to the fore, a position that is strengthened with each new discovery: its structure, function, and composition.

We could say that the brain is the machine and the mind is everything that happens in the brain.

To face the great questions about the mind, together with the great development of neuroscience in recent decades, a multidisciplinary approach is essential. Among the most important sciences, we highlight the social sciences, pedagogy, art, or medicine.

The human brain performs a large number of functions, in general, it can be said that it’s responsible for regulating and maintaining the functions of the body and for being the organ where the mind and consciousness of the individual resides.

The brain never rests, it will be always active while we speak, think, solve problems, remember, and receive stimuli that provoke voluntary acts and involuntary acts as breath and pulse.

Our brain defines us, processes the world around us, and determines how we respond to stimuli. In the brain, processes such as falling in love with someone, being able to recognize oneself, or having a smell remind you of a place take place.

However, our brain also can have dysfunctions caused by diseases, injuries, or developmental deficiencies that affect the organ that even makes us lose the sense of proprioception or our ability to communicate. All these processes have to do with neuroscience.

The nervous system not only works to produce thoughts, emotions, and behaviors, but it also controls important bodily functions, such as breathing.

If neuroscientists don’t exist we wouldn’t have a significant advance in the understanding of processes such as motor skills, attention, motivation, emotions, memory, language, learning, and consciousness.

Neuroscientists study diseases, disorders, and injuries that affect parts of the nervous system, how it develops, and how well it works.

Research of the nervous system diseases generated advances in the understanding of how our brain works, predict possible complications in development, and cure disorders derived from problems in the nervous system.

One greatest advance in the last decades, in the computational branch of neuroscience; was the use of computers to emulate the functioning of the brain and, through mathematical and physical techniques, solve complications.

FAQSs: Do you need physics for Neuroscience?

Neuroscience is a challenge, neuroscience degrees typically include a bunch of very hardcore classes, including calculus, physics, genera. we wouldn’t say it’s an easy degree by any means but it’s also not impossible. There’s a lot of variation between modules and that advantage it’s very likely you’ll find some modules easier and more interesting than others.

Why should I study neuroscience?

Studying the nervous system generates advances in the understanding of our basic biology and the functioning of the body. It can help researchers discover ways to avoid or treat problems that affect the brain, nervous system, and body.

Are neuroscientists in demand?

In recent decades, neuroscience has become a star among biological disciplines. The actual demand for understanding the brain is huge. There is a potentially incredible wave of neuroscientists, who have the ability to make great discoveries fitting in perfectly with the sheer amount of work that remains to be done with huge job opportunities.

Can neuroscientists work with patients?

What is the goal of neuroscience?

Neuroscience objectives are; solve what is the biological functioning of thought, emotions, behavior, and the higher processes of the human mind. Describe the structure of the nervous system and its development, and give an answer to neurological diseases, in order to stop their spread in the body once the disease, create regeneration, and establish a barrier against the acquisition.

In this brief guide, we answered the question “Do you need physics for Neuroscience?’’ what functions do they perform at work, the requirements to become one, the average income, and its importance.

So, can neuroscience work without physics?

Van den Noort M, Lim S, Bosch P. Towards a theory of everything: the observer’s unconscious brain. Available from: http://www.nature.com/nature/report/index.html?comment=8881&doi=10.1038/53803a.