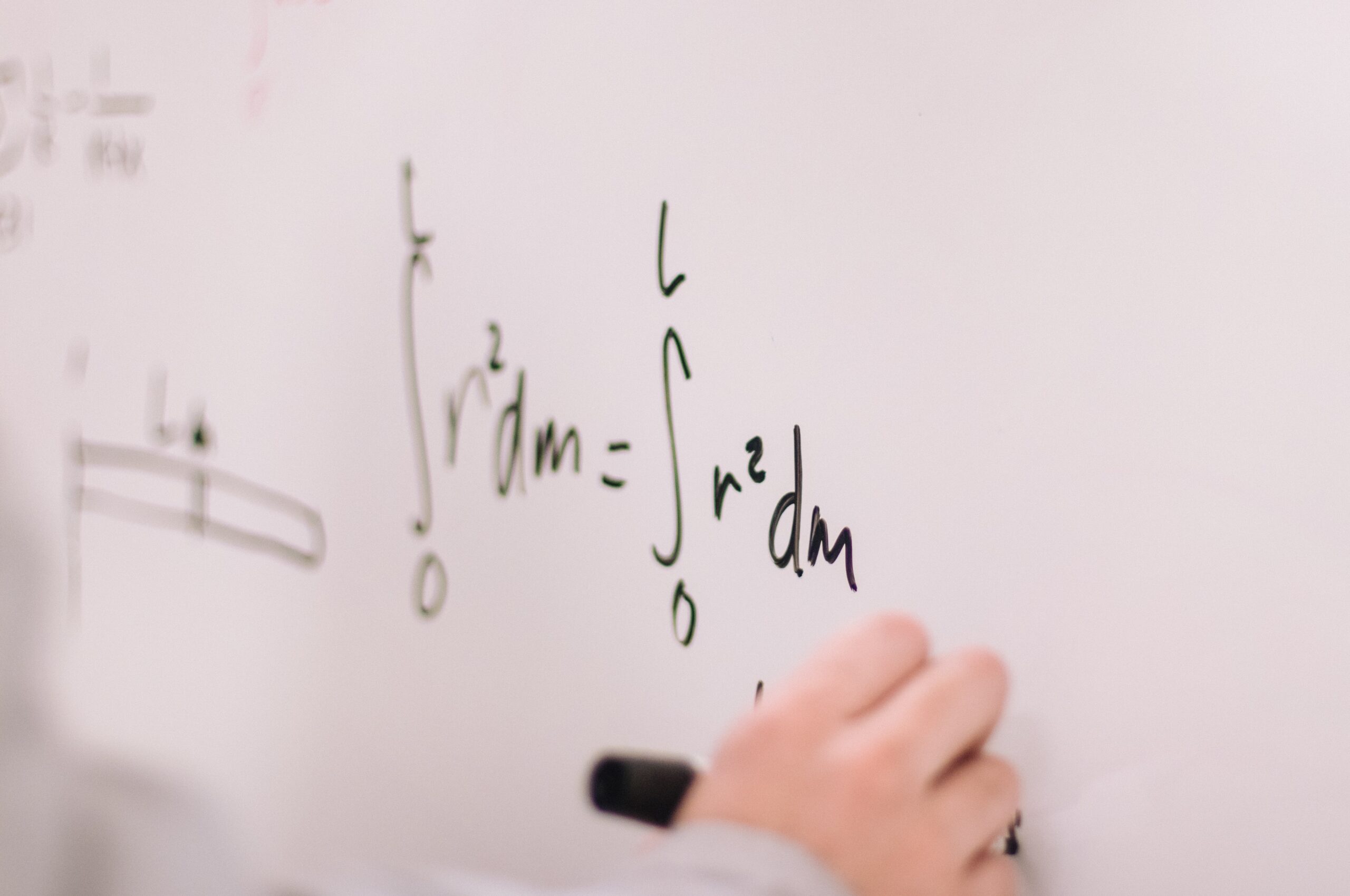 In this article we’re going to answer the question ‘’Do mathematicians have different brains?’’ We will find out if gifted mathematicians actually have special brains.

Do mathematicians have different brains?

Mathematics, like language, has accompanied man throughout his existence, and like language they have evolved. Although mathematics is part of our daily lives, there are many questions around mathematics and brain function:

Mathematics and brain areas. Where is the mathematical processing done?

With the works of Broca and Wernicke, specific brain functions of some areas and the bases for the study of language from the point of view of neuroscience were established.

In respect of mathematics and the brain areas responsible for its processing, scientific studies begin a little later, since in many cases it’s difficult to find cases where the disorder involves only mathematical functions, without mixing language functions.

With the advancement of technology and the incorporation of new diagnostic methods ranging from the electroencephalogram, computerized tomography and functional radiological studies (PET, fRMN), more and more info have been accumulated that have allowed us to know more in detail which brain regions active at the time of both innate and learned mathematical processing.

The most important regions appear to be the intraparietal sulcus (IPS) and the inferior parietal lobe (IPL), two areas that are intensely active when someone is asked to do mental calculations.

The functions appear to be different and the IPS houses the circuits involved in numerical estimation, numerical comparison and mental arithmetic, something that is usually studied with subtraction.

The IPL intervenes in tasks that require formal and intense learning such as multiplication. In fact, as a result of a stroke there are patients who may lose the ability to subtract but not multiply, and vice versa.

When complex statements of algebra, geometry and numerical analysis have been made to a group of mathematicians and to non-mathematicians, certain areas of the temporal lobe, the prefrontal cortex and the intraparietal region of the brain were activated in the first ones.

The experiment, performed with functional magnetic resonance imaging techniques, suggests that neural nets related to mathematics are different from those of language.

The origins of the human capacity for mathematics have long been debated among scientists. Some hypotheses suggest that this ability to calculate is related to language skills, but others point out that it’s based on the innate knowledge that Homo sapiens has of space, time and numbers.

These scientists have taken functional magnetic resonance imaging (a technique that shows the brain regions while they perform a certain task) in 15 professional mathematicians and 15 who were not, but with the same academic level.

Both groups were presented with a series of high-level mathematical and non-mathematical statements and asked to rate each statement as true, false, or nonsense.

The results reflect that exercises related to mathematical analysis, algebra, geometry and topology activate a particular set of brain areas in the intraparietal region, the inferior temporal lobe and the prefrontal cortex in mathematicians, but not in other people.

“These brain regions are different from those related to language processing and semantics, which were activated in a similar way in the two groups,” Amalric and Dehaene point out in their study.

The results revealed that the parts of the brain ‘turned on’ in mathematicians by high-level exercises were also activated, both in them and in non-mathematicians, when very simple arithmetic operations and calculations were proposed.

According to the authors, these results support the hypothesis that high-level mathematical thinking displays the same neural circuit as that of the basic or intuitive sense of numbers (both share common roots of the brain circuit) and that it’s different from the language network.

This fact may explain why having a highly developed number sense in childhood can predict people’s mathematical abilities in the future, conclude Amalric and Dehaene.

Mathematics and language, are they related?

There are still many unclear questions about how language and mathematics interact in our brain. And it’s that, among other things, we know that part of the mathematical knowledge can be codified in a linguistic way, as it happens with the multiplication tables that we “sing” from school.

“Everything points to the fact that language plays an important role in learning mathematical concepts, and that requires more analysis”, reflects the French researcher.

What is clear is that learning mathematics changes us. And not only if we specialize in this area of knowledge. Without going any further, as children learn to add and subtract and stop solving problems counting on their fingers to start using their memory, their brains reorganize.

This was demonstrated a couple of years ago by scientists from Stanford University who, in a study published in Nature Neuroscience, revealed that the brain of children aged 7 to 9 acts when solving mathematical problems differently from the adult brain.

The key is in the hippocampus, a seahorse-shaped brain region essential for memory. While in children it’s the most active area when they solve problems, when they mature it’s barely activated, and instead what comes into action is the cerebral neocortex, made up of six layers of neurons, where mathematical knowledge is already consolidated.

On the other hand, a Norwegian study by Psychological Reports concluded that what makes us good at math is not so much innate talent, just practice.

“There is no mathematical gene” concluded the researchers, who in their experiments tested how seventy 10-year-old students performed in nine types of oral and written mathematical tasks, ranging from addition and subtraction to mental multiplication or understanding the hands of the clock and the calendar.

And they showed that skill in each was acquired independently of the rest. The only way to really be math genius, they concluded, is to practice.

For Roi Cohen Kadosh, a scientist at the University of Oxford (UK), what really seduces him is to think that if, in addition to practicing, we take advantage of advances in neuroscience, we will greatly improve human mathematical skills.

In fact, this cognitive neuroscientist is learning a lot both by studying subjects with above-average math skills and by analyzing neural activity in those who have trouble doing calculations or suffer from math anxiety.

“The brain is extraordinarily plastic, and by applying non-invasive brain stimulation techniques in very specific areas we can improve learning and cognitive skills,” he adds, aware that for many it still sounds like science fiction.

What’s more, Cohen and his team are exploring the social and moral implications of these kinds of “enhancements” with neuroethic experts.

Acalculia and / or dyscalculia are disorders in which the individual has a total or partial inability to perform mathematical processes, this may be related to brain damage.

Acalculia and dyscalculia can be disabling since many daily activities depend on having minimal mathematical abilities and skills: for example to count money, understand the prices of items, make phone calls, pay an item and review the change received, to schedule appointments, etc.

Dyscalculia disorders have been reported in patients with problems at birth, in premature newborns a lower density of gray matter is observed in the left parietal lobe, which is key for spatial representation.

Patients with Turner syndrome (triple X chromosome) have problems making estimates or approximations and arithmetic calculation. MRI studies in these patients show a lower density of gray matter in the left interparietal sulcus.

In other pathologies, disorders in numerical processing have also been evidenced, but they involve the participation of other brain areas. Patients with lesions in the basal ganglia perform poorly on arithmetic problems of more than one step.

Finally, the anterior insula and the cerebellar cortex apparently participate in learning where the fingers participate (counting) and where objects are manipulated in three dimensions. Many of these functions have been identified by studying patients with specific brain lesions.

So, what does this means?

So what does all this mean, especially for those of us who are not geniuses? Well, now we know that mathematics is processed in a specific area of the brain.

The real question is whether non-mathematicians can learn to understand higher-level mathematics through training and whether the same areas will begin to light up as understanding increases.

Scientists will continue to try to understand the minds of some of the greatest mathematicians of our time.

In summary, mathematical processing depends on a harmonious development of all cortical areas, which in turn depends on an adequate psychomotor development. Family, environment, education, recreation, are keys to guarantee the development and brain plasticity necessary to appropriate mathematical concepts.

FAQS: Do mathematicians have different brains?

Is math good for your brain?

Yes, math is good for your brain. Mathematics improves your analytical and problem-solving skills, expands your mind to handle unfamiliar tasks with ease and confidence.

No, mathematicians are not smarter. They just have more skills in math tasks. Maybe they look smarter because not many people can be very good at maths.

What part of your brain does math?

How do mathematicians think?

Mathematicians have been found to think creatively, not just logically and formally.

Can you be smart without being good at math?

Yes, you don’t need to be good in math to have a high IQ.

In this article we answered the question ‘’Do mathematicians have different brains?’’ We found  out if gifted mathematicians actually have special brains.