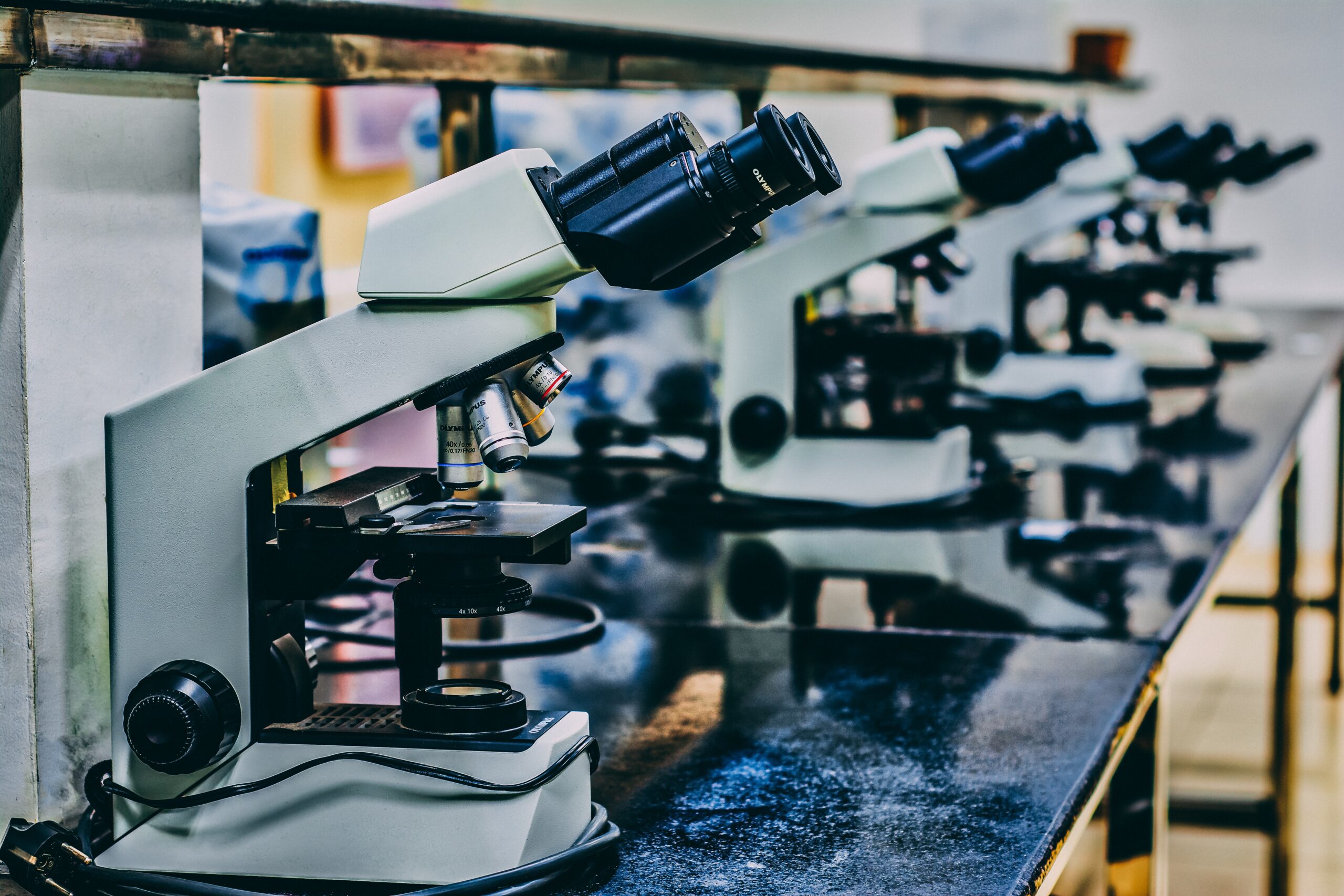 You will have to wonder about the difference between neuroscience and cognitive neuroscience in several contexts:

When you ask the experts about the differences and similarities between neuroscience and cognitive neuroscience, you will find extreme and moderate positions.

As you will see after reading this blog, both positions are reconciled when one designs a long-term and specific research program. I will illustrate this topic by discussing several issues of obsessive-compulsive disorders.

Several terms require clarification to reach the big picture.  I will go from the general to the particular:  from psychology to neuroscience to cognition to cognitive neuroscience.

According to the American Psychological Association (APA), psychology is “the study of the mind and behavior”. The APA definition goes further by stating: “ The practice of psychology involves the use of psychological knowledge for any of several purposes: to understand and treat mental, emotional, physical, and social dysfunction; to understand and enhance behavior in various settings of human activity (e.g., school, workplace, courtroom, sports arena, battlefield); and to improve machine and building design for human use”. As you can see, this is a broad definition.

Psychology was an inherent part of philosophy. While psychological issues were implicit in the work of ancient philosophers like Plato and Aristotle, recent ones such as Leibniz and Kant were explicitly involved in psychological discussions.  As a relevant example, Arthur Schopenhauer (1788-1860) is said to be the “psychologist of the Will”.  However, it was Wilhelm Maximilian Wundt (1832 – 1920) who set the first laboratory of Experimental Psychology at the University of Leipzig in 1879 and called himself a Psychologist for the first time in history. The photograph below shows him and his students at Leipzig.

In the following section, I will describe which are the areas inside the broad field of psychology.

Abnormal psychology is the area that deals with abnormal behavior and psychopathology. Psychologists assess, diagnose, and treat an extensive range of mental and brain disorders, such as anxiety, depression, obsessive-compulsive disorders, phobias, and others.

It is a prominent branch of psychology, whose theoretical foundation states that behavior is acquired by conditioning.   Behavioral psychology was notoriously influential until the middle years of the 20th century, after which it received the criticism of overemphasizing the role of learning. Notwithstanding, behavioral techniques are frequently used in psychotherapy, education, and habit development and modification.

This field is close to contemporary cognitive psychology and neuroscience. It explores how the brain conditions behaviors, feelings, and thoughts.

It is closely related to the branch of abnormal psychology. Clinical psychologists diagnose and treat mental disorders with diverse psychotherapeutic procedures.

It focuses on internal mental states, hence, in describing the mechanisms behind thoughts, learning, and memory. In a wide sense, cognitive psychology applies the knowledge acquired in the computational field to explore the human and animal minds.

This branch includes anthropologists and ecologists besides biologists, and studies animal and human behavior under the comprehensive umbrella of evolutionary findings.

While closely related to the Abnormal Psychology and Clinical Psychology branches, counseling psychology stresses the effects of mental disorders in social settings.

It explores the influence of culture on human behavior,

It studies the mind functioning throughout life.

It is concerned with an extensive diversity of factors affecting educational processes.

In contemporary psychology, the experimental branch is subsumed in most other branches. It emphasizes the use of scientific procedures, which are now used in the whole field indeed.

It is concerned with the intersection between psychological issues and the law.

It studies how to promote health and well-being and coping strategies in the face of illnesses.

Its focus on promoting productivity, harmony, and well-being in the workplace.

It explores the psychological factors that make each person unique, and relevant categories.

It applies psychological knowledge to assist students and teachers in academic, social, and emotional issues.

It studies behavior, emotions, and thoughts in social settings.  Particular themes are verbal and non-verbal communication, aggression, competitiveness,  xenophobia, cooperation, and others.

On one side it works with professional athletes to improve performance and emotions; on the other side, it trains the people in general for benefitting from programmed and professionally supervised physical activity.

Neuroscience or Neural Science refers to a set of disciplines that studies the structure and function of the nervous system.

In this section, I will briefly describe the main areas in the extensive field of neuroscience.

The neural basis of emotions.

The biological bases of behavior.

The properties of individual neurons.

Disorders of the brain.

The computational properties of the mind.

How culture shapes the brain and how the brain shapes culture.

The mechanisms by which the nervous system matures through the individual life cycle.

The nervous system functions at the molecular level.

The use of engineering principles to understand or repair neural systems.

It applies imagen technology to assess the nervous system in healthy and diseased conditions.

It refers to data processing and diffusion of all types of data concerning the nervous system.

It explores the neural basis of language.

Assessing the functions of nervous systems mainly with electrophysiological techniques.

It studies the nervous system through the phylogeny.

The biological basis of social behavior.

It describes the data flow within the nervous system.

Cognition refers to the process of obtaining knowledge and understanding through thinking, experience, and senses. Hence, cognition comprises most aspects of mental functioning such as attention, previous knowledge, memory, judgment, reasoning, calculation, problem-solving, decision making and language. In a general sense, cognition refers to all the mental activity involved in learning, communication and monitoring the inner and outer environments, either consciously or through subconscious or unconscious mechanisms.

After a brief description of the distinctive features of cognitive neuroscience, I will provide an example of how the obsessive-compulsive disorder is studied in this discipline.

What is cognitive neuroscience?

As I said in the Introduction, while Neuroscience addresses discrete processes in the nervous system, Cognitive Neuroscience explores broad functions in humans and animals.

Any cognitive process may be analyzed in diverse contexts and perspectives, for example, linguistics, psychology, psychiatry, neuroanatomy, neurophysiology, neurochemistry, education, computational, and many others. However, a key point is that any study aiming at qualifying as cognitive neuroscience must include a procedure involving knowing, describing, naming, remembering, analyzing, counting, among others. In consequence, there is considerable overlap among the topics in psychology, neuroscience and cognitive neuroscience.

Let us take the case of obsessive-compulsive disorder (OCD). Many features of this disorder have been analyzed with the tools of cognitive science (Trevor W. Robins, 2019), as I will describe as follows.

The following cognitive features have been found as abnormally regulated in OCD, and are assessed by diverse experimental protocols, including behavioral, cognitive and brain imagens.

Most cognitive features of OCD have been linked to a dysfunction in the brain circuit named as  ‘‘cortico-striatal-thalamic-cortical loop’’.

This mental mechanism allows a subject to inhibit or stop their impulses and usual responses, to choose a more adequate behavior to achieve a specific goal. It is thus a sort of flexibility to change behavior. In OCD patients, the magnitude of response inhibition deficits is associated with structural changes in cortico-striatal regions.

This alludes to the ability to select responses or behaviors on the basis of previously desired or wanted  goals. It depends on two mental skills: first, the capacity to anticipate the outcomes of a given response; second, the ability to select among diverse outcomes according to their current value and the subject’s motivational status.

It is about the capacity to focus attention and to ignore distractions. This is a function severely impaired in people con OCD.

This subtle trait talks about the degree to which a subject values negatively his/her performance. In a given task, it shows as a negative deflection of the event-related potential in the brain.

In an extensive body of research, these five cognitive dimensions have been explored in subjects with OCD and controls,correlating the subjective report with techniques such as dynamic brain images, electroencephalograms, and others. This is a conspicuous example of cognitive science because it associates subjective and objective responses with measures of relevant brain circuits. All these circuits and its electrical, genetic, developmental, and biochemical properties have been studied for purposes other than cognition.

Cognitive neuroscience is a key contemporary scientific field for studying normal and unhealthy brain functions. It is intimately related to psychology and all the neural sciences. Its distinctive feature  is to assess mental functions such as knowing, evaluating, measuring, communicating, self-monitoring and predicting, with both, objective and subjective techniques.