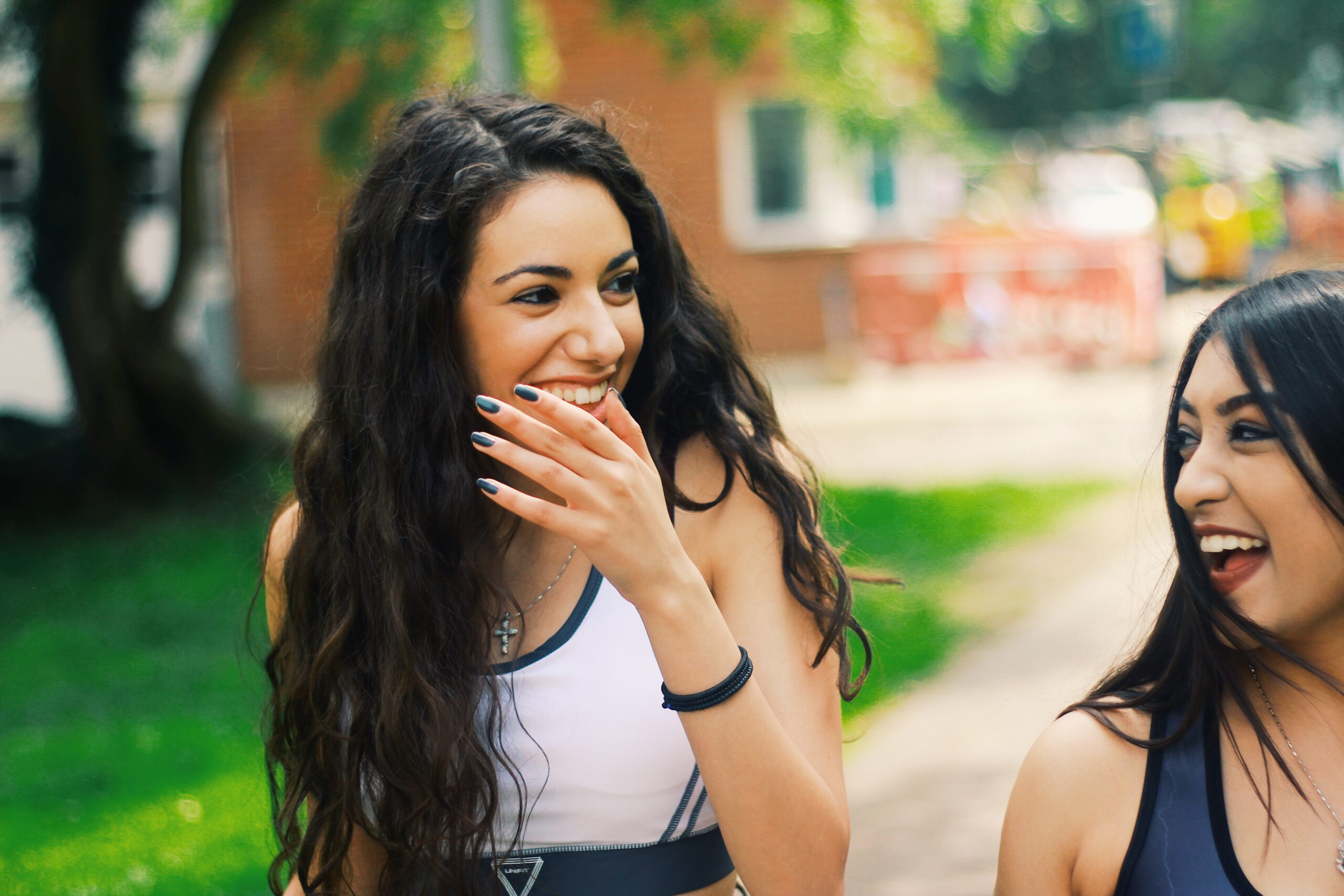 In this post we are going to answer ‘’What is the difference between an agonist and an antagonist?’’ It’s the turn to delve a little into synaptic activity and how drugs act in the inhibition or activation of certain neurotransmitters. We will explain what an agonist and antagonist is and identify the main differences.

What is the difference between an agonist and an antagonist?

The difference between an agonist and an antagonist is that while an antagonist also binds to a receptor, not only does it not activate it, but it also blocks its activation by agonists.

Psychotropic drugs are chemicals used to treat disorders of the mind. They affect the central nervous system modifying behavior, perception and consciousness.

Psychotropic drugs are undoubtedly an important tool in psychology and psychiatry. They have helped substantially improve the prognosis for many mental illnesses. However, like all drugs, they are not without significant side effects that must be assessed and tried to control.

On the other hand, treatment with psychotropic drugs should not make us forget the treatment of the patient or psychological therapy. Why? Because they are not competing resources, but rather complement each other to help solve the underlying causes of many of these problems.

First, let’s talk about pharmacology. Psychopharmacology focuses on the manipulation of neurological activity and behavior through drugs.

Psychopharmacologists use drugs to analyze the principles of the interaction between brain and behavior, just as psychopharmacological studies aim to discover drugs or reduce drug addiction.

To understand a little better, we will describe some terms: Pharmacokinetics.

Pharmacokinetics is the process of the drug during its journey within the body. Pharmacodynamics is the study of the biochemical and physiological effects of drugs as well as their mechanism of action. It analyzes the interaction of the drug molecule with the receptor.

In other words, the results that the drug had on the human body.

Taking all this into account, how does the pharmacokinetic process occur?

Initially, the drugs are administered either by oral ingestion; where drugs disintegrate in stomach fluids, travel to the intestine to pass into the bloodstream, injected; either subcutaneously, intramuscularly or intravenously, where the drug travels directly to the brain.

Inhaled or absorbed through the nose, mouth, or rectum. Immediately the drug has entered the bloodstream, the blood moves to the vessels of the nervous system. There is the blood-brain barrier, which serves as a filter for dangerous substances to pass into the central nervous system.

When the drug begins to act, there are enzymes located in the liver that synthesize the substance and end the action of most of the drugs.

The process is called drug metabolism, the enzymes manage to convert the active drugs into a non-active form, taking away the opportunity to pass through the lipid membranes of the cells, so that they are not able to reach the blood-brain barrier.

Like small amounts of certain psychoactive drugs, they are eliminated by being expelled from the body naturally in urine, feces, sweat, respiration and even breast milk.

If we talk about psychoactive drugs, in particular, the synthesis, release and action is variable among neurotransmitters, however, there are seven steps that apply to the vast majority:

1. Initially the synthesis of the neurotransmitter

3. Degradation in the cytoplasm of any neurotransmitter that is not in the gallbladder

In this synaptic process is where psychotropic drugs intervene, some of them act as activators, which bind to postsynaptic receptors and activate them, called agonists and, on the other hand, antagonists, serve as a receptor blockade, preventing the entry of the neurotransmitter.

A drug is an agonist when it has an affinity for the receptor and is effective in its action.

The effects induced by these drugs reproduce the physiological responses mediated by the receptor. The intensity of the pharmacological effect produced by an agonist defines the degree of efficacy of the drug.

Drug potency is the amount of drug required to achieve a given effect and is related to the affinity of the drug for its receptor. Most agonists work by binding to the receptor at the same site as the endogenous agonist.

An antagonist drug exhibits affinity for the receptor, but either does not elicit any response or inhibits the action of agonists.

There are three types of antagonist drugs:

Also in relation to partial agonists, it is known that these agents favor -by interacting with receptors controlled by the concentration of the natural ligand- the opening of the ionic channel but in a partial way:

They act as antagonistic agents if the neurotransmitter is present in excess (eg, serotonin in anxiety disorders); While if the ligand is found at levels below normal (as for example, in depressive states), its action has an absolute agonist effect.

Examples of agonists and antagonists: Pharmacological treatment of depression

As we all know, the use of substances with properties that help to improve the symptoms of a disease or disorder is a key element in medicine, being used to return the body to its natural state of balance.

In the case of psychological disorders, the presence of very diverse problems has generated the investigation of multiple treatment options, including pharmacological ones.

Pharmacological antidepressant treatment is reserved for moderate to severe episodes (and in some specific cases for mild ones). So far, the vast majority of the drugs used have a common denominator: their action on the monoaminergic system.

Regardless of its mechanism of action, the end result is the regulation of any of the following neurotransmitters: serotonin (5-HT), dopamine (DA), norepinephrine (NA).

The first antidepressants to be discovered, this type of psychotropic drug was found accidentally while looking for a remedy against tuberculosis. Its operation is based on the inhibition of the enzyme monoamine oxidase, which is normally responsible for eliminating excess monoamines (specifically serotonin, dopamine and norepinephrine).

Within the MAOIs can be found Irreversible and Non-Selective (their function is to completely destroy the MAO enzyme) and Reversible and Selective that only inhibit the function of MAO without destroying it, so that if there is a real excess of monoamines the enzyme could function. Examples of MAOIs would be Isocarboxazid and Moclobemide.

Found while investigating the creation of neuroleptics, this type of psychoactive drug was the most widely used for the treatment of depression until the discovery of the SSRIs. Its name comes from its ring-shaped structure.

Its action is based on inhibiting the reuptake of both serotonin and norepinephrine, which means that these hormones remain in the synaptic space for longer, having a longer effect. The effects of these drugs begin to show after two or three weeks.

However, apart from their effect on serotonin and noradrenaline, they also affect other hormones, being antagonists of acetylcholine, histamine and blocking some norepinephrine receptors.

Therefore, they can cause antihistamine and anticholinergic effects (dry mouth, constipation, blurred vision …). They can also cause death by overdose, so they must be regulated with special caution.

Some famous tricyclic antidepressants are imipramine (used in addition to depression in anxiety disorders and parasomnias) or clomipramine (also used as a treatment in OCD and anorexia).

SSRIs are a type of psychotropic drug that is characterized by, as its name suggests, inhibiting serotonin reuptake in a specific way. That is, to prevent serotonin from being reabsorbed so that it is more available and its presence in the brain is prolonged, without affecting other neurotransmitters.

In this group of psychotropic drugs we find fluoxetine (the well-known Prozac), paroxetine, sertraline, fluvoxamine, citalopram and escitalopram.

It is the type of antidepressant with the highest level of safety and the fewest side effects, being the first-choice treatment in many cases, and not only for major depression but also for other disorders.

Specifically, they are the pharmacological treatment of choice in OCD, as well as in eating disorders (fluoxetine is the most effective in cases of bulimia).

Like the SSRIs, the action of this type of drug is based on inhibiting the reuptake of a hormone so that it has a greater presence in neuronal synapses, in this case norepinephrine being the neurotransmitter in question. Reboxetine is the most relevant drug in this regard.

It acts in the same way as tricyclics, but with the difference that they only affect the neurotransmitters on which it is intended to act. In other words, they are specific, thus eliminating a large part of the side effects. The example of a drug of this type available today is venlafaxine.

FAQS: What is the difference between an agonist and an antagonist?

What is the difference between an agonist and an antagonist quizlet?

What is the difference between an agonist and antagonist drug?

An agonist is the opposite of an antagonist in the sense that while an antagonist also binds to a receptor, not only does it not activate it, but it also blocks its activation by agonists.

What is an antagonist and agonist?

Agonists function through their ability to couple to a cell-type receptor. In this way, they manage to generate a certain action in the cell. The antagonists, on the other hand, are the compounds that cause the opposite: when they bind to the receptor, they cause a blockage.

What are antagonistic drugs?

An antagonist drug has an affinity for the receptor, but either does not elicit any response or inhibits the action of agonists. There are three types of antagonist drugs.

What does antagonist mean?

In this post we answered ‘’What is the difference between an agonist and an antagonist?’’ We delved a little into synaptic activity and how drugs act in the inhibition or activation of certain neurotransmitters. We explained what an agonist and antagonist is and identify the main differences.