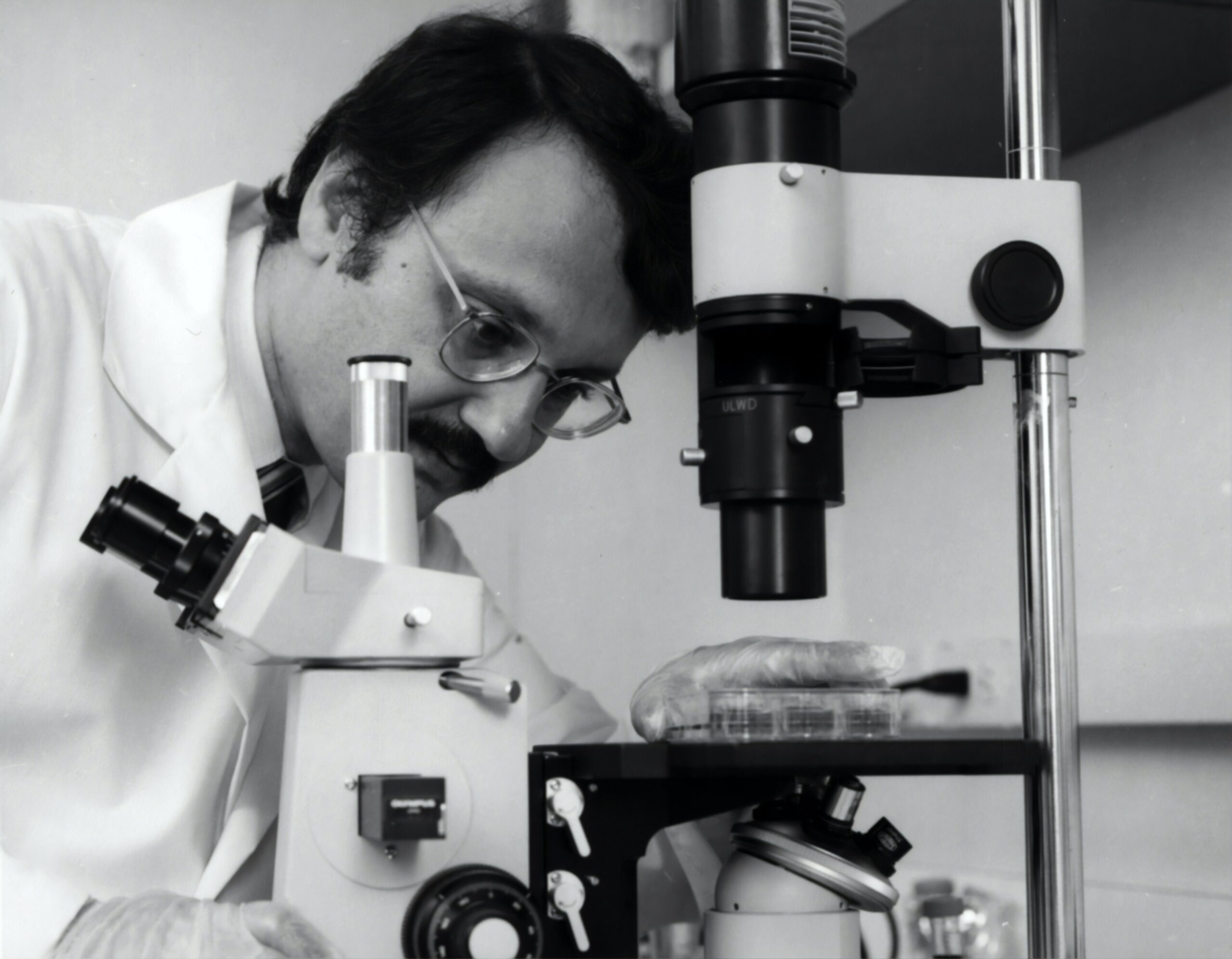 When you or a beloved one becomes affected by a symptom directly or indirectly related to the functioning of your nervous system, one of the first questions that will arise is whether to visit a neurologist or a neuropsychiatrist. Your primary physician will guide you in this decision, but then, it will depend on other factors such as insurance coverture, the availability of each professional in your area, and less frequently but still important, your personal preference.

A healthy 71-year-old man gradually started to feel depressed, with increasing slow motion and mild tremor. He also started becoming irritable and jealous of close friends. His primary physician diagnosed rapidly progressing Parkinson’s disease and recommended consultation with both, a neurologist and a neuropsychiatrist.

Questions arose: Is it a brain or a mental disease? Why does he need two different physicians?

Many of these issues arise from a perennial discussion about the mind and brain. Are they different? At first sight, it appears that the neurologist will deal with the brain and the neuropsychiatrist with the mind. This is partially true, but an integrated understanding of this issue will benefit both, patients and their families.

The professional profile of a neurologist and a neuropsychiatrist?

You can see that there is considerable overlap in the work of these two physicians. However, such overlap does not prevent them to have specific roles in the assistance of patients, academic formation, and research. Very often both physicians work together as a team in clinical and academic issues.

In the case of the patient with Parkinson’s disease, tremor is related to an involuntary function, and hence, will be treated by the neurologist. On the other side, depression and its consequences: impaired communication and self-care, irritability, low physical activity, sexual indifference, and so on, are functions often considered as voluntary. These activities will be the center of attention of the neuropsychiatrist.

Some diseases are initially treated by each of both specialists. But with time, very often, one physician requests the assistance of the other for the sake of a common patient.

Prototypical examples of diseases primarily treated by a neurologist are nervous system injuries, infections, cancer, inflammations, and degenerative processes such as chronic headache, strokes, migraine, epilepsy, dementia, brain or spinal cord tumors, multiple sclerosis, movement disorders as those observed in Parkinson or Huntington’s diseases and tics. You may now realize that these disorders induce symptoms conceived as completely out of your control.

At some point, the primarily neurological disorders may impair the social, familiar, and personal inner life (for example, depression and jealousy in our subject with Parkinson’s disease). This is when the neuropsychiatrist will intervene in is treatment.

Conversely, during the time course of a primary neuropsychiatric disease such as schizophrenia, there may happen seizures, movement disorders, and memory dysfunction. At this point, the neurologist may help to clarify whether there is a physical issue, such a drug or infection, that may be worsening the primary disease.

You can see now that either with different diseases or with the same one, both the neurologist and the neuropsychiatrist may assist each other.

Below, you will find some examples of nervous system disorders that are primarily treated by either a neurologist or a neuropsychiatrist, but that later on may require the assistance of the other specialist. You will also find questions that frequently arise when thinking about both types of disorders.

Is depression neurological or a psychological disorder? When a neurologist should treat anxiety and depression?

Since neurological diseases often lead to anxiety and/or depression, as a part of their comprehensive examination, neurologists usually explore for affective or anxiety symptoms and treat them with pharmacological agents. When such symptoms do not improve spite of proper treatment, the assistance of a neuropsychiatrist may be requested.

Depression is a common symptom observed in both, neurological and neuropsychiatric conditions, and often requires serious attention. In some patients, it is part of a hereditary condition such as bipolar disorder. Other times, depression is related to dysfunctional habits and/or psychological implicit training during childhood. Finally, severe physical diseases such as cancer, immunological disorders, chronic pain, or brain injuries may be often accompanied by depression. Neurologists may treat mild depressive symptoms in their regular patients, but more severe instances require the assistance of a neuropsychiatrist.

Do people with anxiety show abnormalities on MRI?

Minor brain cortex abnormalities may be detected on magnetic resonance images in subjects with depression or anxiety. While these findings point to the role of the brain in these symptoms, very often an additional physical intervention is not necessary.  In any case, both the neurologist and the neuropsychiatrist should conduct a careful follow-up of such findings, to detect sudden changes that reflect a condition requiring additional diagnostic and/or therapeutic measures.

Which is the role of a neuropsychiatrist in the treatment of dementia?

A patient with dementia is primarily treated by a neurologist. However, when symptoms such as anxiety, depression, obsessions, sexual disinhibition, compulsions, aggression, or exaggerated anger become salient, the assistance of a neuropsychiatrist is often requested. In this case, the psychiatrist will use specific drugs and will provide education, psychological assistance, and training to the patient, caretakers, and family.

Is schizophrenia a neurological or a neuropsychiatric disorder?

Schizophrenia is a disabling primary psychiatric disorder that affects most facets of human life, such as cognition, perception, emotions, and behavior. Most physicians think of schizophrenia as a brain disorder, but since symptoms are often behavioral, emotional, and related to social interaction, these subjects are primarily the focus of psychiatric attention.

Should insomnia be treated by a neurologist or a neuropsychiatrist?

Insomnia is common to both neurological and neuropsychiatric disorders. A specialist in sleep disorders may be a neurologist or a psychiatrist. Insomnia is often associated with anxiety and/or depression but sometimes it may become chronic and relatively independent of emotional issues. Besides, there is familiar insomnia, which points to genetic factors.  Education, behavioral training, and spiritual assistance are initially indicated. Sleep pharmacological agents are prescribed when necessary. There is an extensive field of pharmacology to assist people with insomnia.

The neuropsychiatrist is a physician; the neuropsychologist is not a physician. Both professionals study brain function along with the lifespan and conduct tests.

Neuropsychiatric tests search for physical and/or electrical abnormalities in the brain, whereas neuropsychological tests assess the performance of specific brain functions.

Neuropsychiatrists use pharmacological agents such as antipsychotics, antidepressants, anxiolytics, anticonvulsants, mood stabilizers, and cognitive enhancers. Besides, they do individual and familiar psychoeducation and psychotherapy concerning specific brain diseases and quality of life.

Neuropsychologists are not trained to prescribe drugs. They conduct tests on specific brain functions. The results are sent to the treating physicians (either a neurologist or a neuropsychiatrist) or may assist them to perform specific neuropsychological treatments.

Neurologists and neuropsychiatrists are physicians sharing their focus of attention, the diseases of the nervous system. Besides treating specific disorders in his/her field, neurologists and neuropsychiatrists often work together in treating different features of the same illness (tremor, paralysis, and rigidity by the neurologist, and depression/anxiety,  insomnia, suspicion, and irritability by the neuropsychiatrists, in a subject with Parkinson disease). Hence, health system efficiency will benefit from improving education about similarities and differences between the two complementary medical specialties.