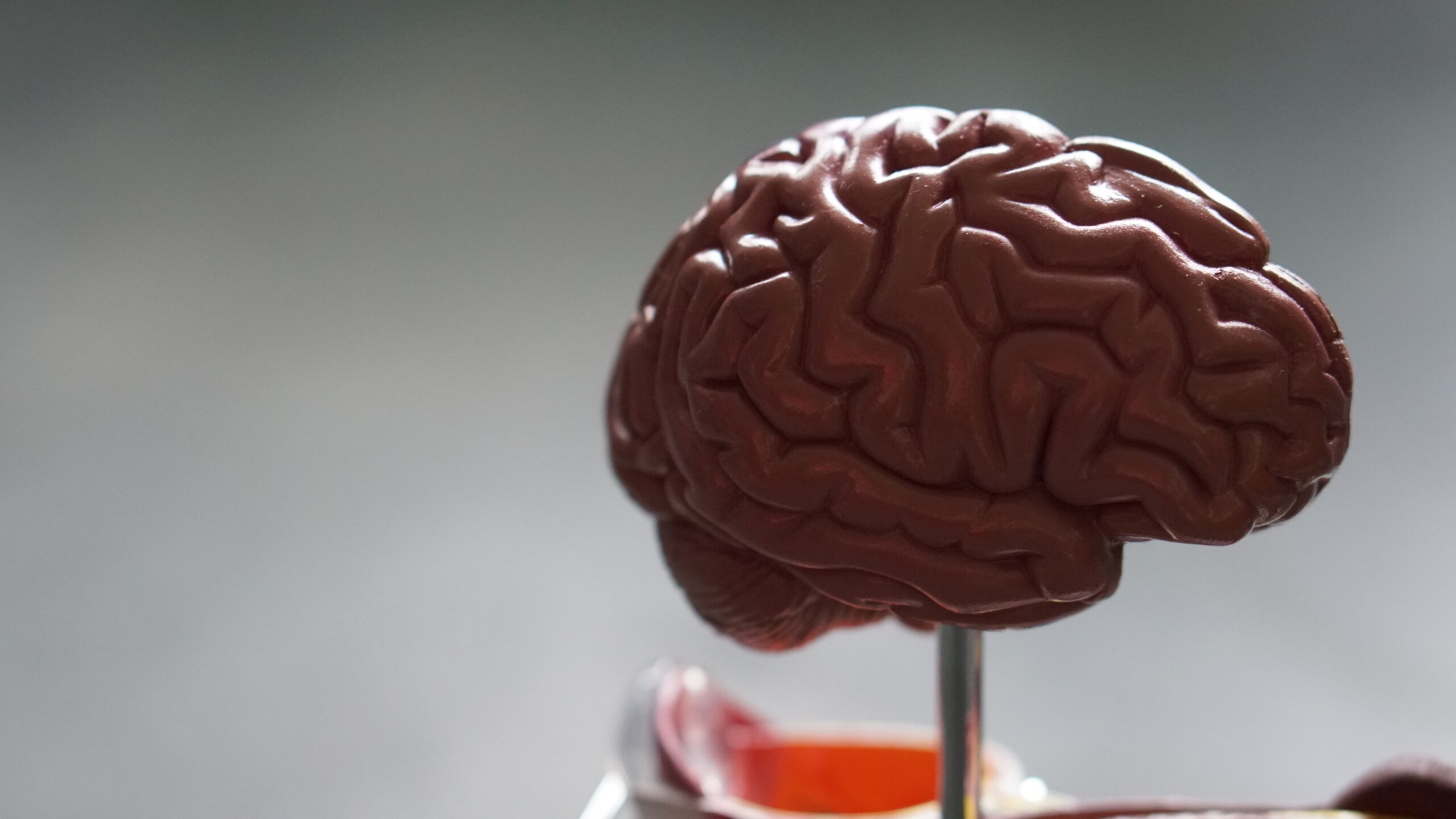 What is the memory capacity of the human brain? Is there a physical limit to the amount of information you can store?

In this article we are going to answer the question ‘’Can your brain get full?’’, we will define the possible limits of human memory and how much information the brain can handle at the same time.

Can your brain get full?

No, the brain can’t get full. The brain is so specialized that it discards unnecessary information to make more room for new memories.

Many times, when we study for too long, it seems that our brain can no longer hold more information. We feel that not one more piece of information fits in our heads, and that our storage capacity has probably reached its limit.

However, our body is not like a computer, and the amount of information that the human brain can store cannot be measured in the same way.

Storage refers to the information retained in the brain, in one of three possible memories: sensory memory, short-term memory, and long-term memory. In this way, the brain handles the information we receive, without us feeling too overloaded with it.

If we see something repeated several times, for a long time, it’s possible that it remains in our long-term memory, while other things are simply passing through our brain.

Long-term memory is not located in a specific area of the brain, it’s distributed in the cerebral cortex. After consolidating, it’s stored as a group of neurons in the same area of the brain that generated it. For example, it will be in the visual cortex if it’s a memory related to sight.

In this way, memories are rebuilt and new elements are taken from different parts of the brain, and they don’t remain static. Although at the moment we don’t remember some data, the information is still there. In addition, it’s not possible to delete information at will, something that would be useful if we suffered a traumatic event.

What is the memory capacity of the human brain? Is there a physical limit to the amount of information you can store?

“Mr. Osborne — May I be excused? My brain is full.” a student asked his teacher, in a classic Gary Larson comic strip. The impassive answer to this question would be: “Well no, your brain is almost certainly not full.” Although there must be some physical limit to how much memory you can store, it’s still extremely large. You don’t have to worry about running out of space throughout your life.

How are memories generated?

The most common myth is to consider the brain a kind of memory store, or the most evolved version, which is to compare it to a computer where long-term memory (which would be the hard disk) and working memory (which could be RAM) coexist.

But this is not like that at all. The reality is more complex and perhaps to avoid this abstract exercise, we prefer to explain the functioning of our brain with more tangible models.

The truth is that storing memories is physically and biologically impossible. What the brain consolidates in memory are “patterns of functioning”, that’s, the way in which specific groups of neurons fire each time we learn something new.

The generation of a new memory requires the adjustment between the connections of the neurons. Each new memory makes some changes in the way neurons in the brain communicate, across the synapse. Finally, to build memories that last for years, neurons must create new proteins.

What the brain stores is the particular frequency, amplitude, and sequence of the neural circuits involved in learning. Not a specific fact is stored, but the way the system works facing that specific fact.

When a memory comes back to memory it’s like starting the whole process from the beginning, creating new proteins.

It’s important to note here that we don’t retrieve the memory as it was stored; we reconstruct it in our imagination from the reactivation of the corresponding functioning patterns.

What is the limit of memory?

It’s not likely that someone uses the full capacity of their brain, because while some memories take up little space, others take up more. Although we store some information, other information is inevitably erased, leaving room for new memories.

We cannot delete information at will, because it’s something that our brain does without us constantly analyzing it. Emotional memories are more likely to stick, while we have a hard time remembering little personal details.

In any case, it’s not possible for our brain to be completely filled with information, because there’s no person who can experience so many things, or retain all the data for too long.

Too much info at the same time: multitasking

Being able to have a phone conversation while reading an email while sending a twitter message is a common scenario today. And all this takes place in the midst of a growing and limitless ocean of information that reaches us in all directions and stimulates all the senses.

But the human brain is not made to function efficiently in that environment, most experts agree, and waiting for it to evolve to do so would likely take tens of thousands of years.

So what our “command center” is doing is redesigning its functions to fit the realities of the digital age. But you have to do it in balance, neurologists warn.

Hallowell says that when someone refers to multitasking, what the brain does is quickly shifting their focus from one task to another.

It recognizes that relatively simple activities like walking and talking can be done at the same time, but as they become more complex the power of concentration is diluted.

For the psychiatrist Edward Hallowell, everything depends on the amount of information that is being handled.

“Take an operator from a control tower. They are paying attention to all kinds of information while directing the pilots to land safely,” he said. “There comes a time when if they have too many planes, they can’t do it.”

“There is a limit to the number of balls a juggler can hold in the air,” he emphasized.

Neuroscience points out that our brain evolved for a world very different from the one we now inhabit. It is not optimized to perform many of the tasks we face, such as computing numerical calculations or remembering the names of all the people we meet on a daily basis.

It’s also not designed to absorb and store the massive amounts of information that we are exposed nowadays.

But we cannot wait for the brain to evolve so it can develop mechanisms that allow it to handle the large amount of information. That would take tens of thousands of years.

That’s the philosophy (and science) behind what Dr. Eran Zeidel, Shams’ colleague at the University of California, does.

“The brain is basically the product of a tinsmith rather than an engineer,” Zeider said. “Since we can’t wait for it to evolve, we have to redesign it and we have a way to do it.”

Dr. Zeidel works on a form of biofeedback for the brain that he calls neurofeedback.

In the same way that bodily functions – such as blood pressure – can be modified through pleasant conversation with a patient, so can brain frequencies be altered.

“With neurofeedback I can change the state of the brain to whatever I want and that opens the doors to how we process information,” Zeidel said.

This would allow, for example, that the brain could use filters to discard information that it doesn’t consider necessary for the task it is performing, thus freeing up other spaces and making it more powerful.

“We are developing in new creative, fantastic and interesting ways,” said psychiatrist Edward Hallowell. “We are developing new neural networks to process information quickly,” he said. “But what we add in speed we lose in depth.”

Hallowell warned that we must not lose sight of when concentration is needed. “When we need to focus we have to abandon multitasking.”

“If we are driving a car, listening to music, and we get lost, what do we do?” He asks. “We lowered the music to regain concentration.”

So, can your brain get full?

Yes, but only in a certain way. Memory depends on the formation of new neuronal connections and the brain has a finite number of neurons and a limited space in which it can add more connections between them. However, a healthy brain never stops learning.

There really is no such thing as “a memory”. When we evoke that happened to us, this is translated into interconnected cell networks. Sometimes if we can’t remember an event in one way, we can bring it to mind through different connections.

As we get older and have more and more things to remember, the connections become more complex. Even when our brain is overloaded, the same neurons are used for various memories in very flexible ways.

Thus, it is possible that we will tend to confuse events or to have difficulties in remembering, but in reality we cannot say that “we have run out of memory”.

There are three major limitations of our brain:

First, attention, which is very easy to disperse. Second, the capacity of our memory, because we can only retain a small amount of information in our minds at the same time.

Third, the processing speed, because despite the fact that each area of our brain processes information very quickly, as a whole it works as a network in which those areas are constantly interacting and this leads to a longer processing time.

Did you know that we can store so much information in the brain?

FAQs: Can your brain get full?

Can you run out of memory in your brain?

No, you can’t run out of memory. Of course, maybe there’s a limit, but it’s too large.

Does your brain have a capacity?

Yes, the brain has a lot of capacity, we’re talking about 1 million gigabytes.

Can you increase your brain size?

No, you can’t increase your brain size. But you can exercise it! Aerobic exercise improves memory.

How much RAM does the human brain have?

According to computational neuroscientists, the brain has a capacity of 1 terabyte to 2.5 petabytes.

Can your brain explode?

No, your brain cannot explode by itself no matter how much chemical activity it performs.

In this article we answered the question ‘’Can your brain get full?’’, and defined the possible limits of human memory and how much information the brain can handle at the same time.

If you have any comments or questions, please let us know!

Yates, Frances A. (1966). The Art of Memory. Chicago: University of Chicago Press.