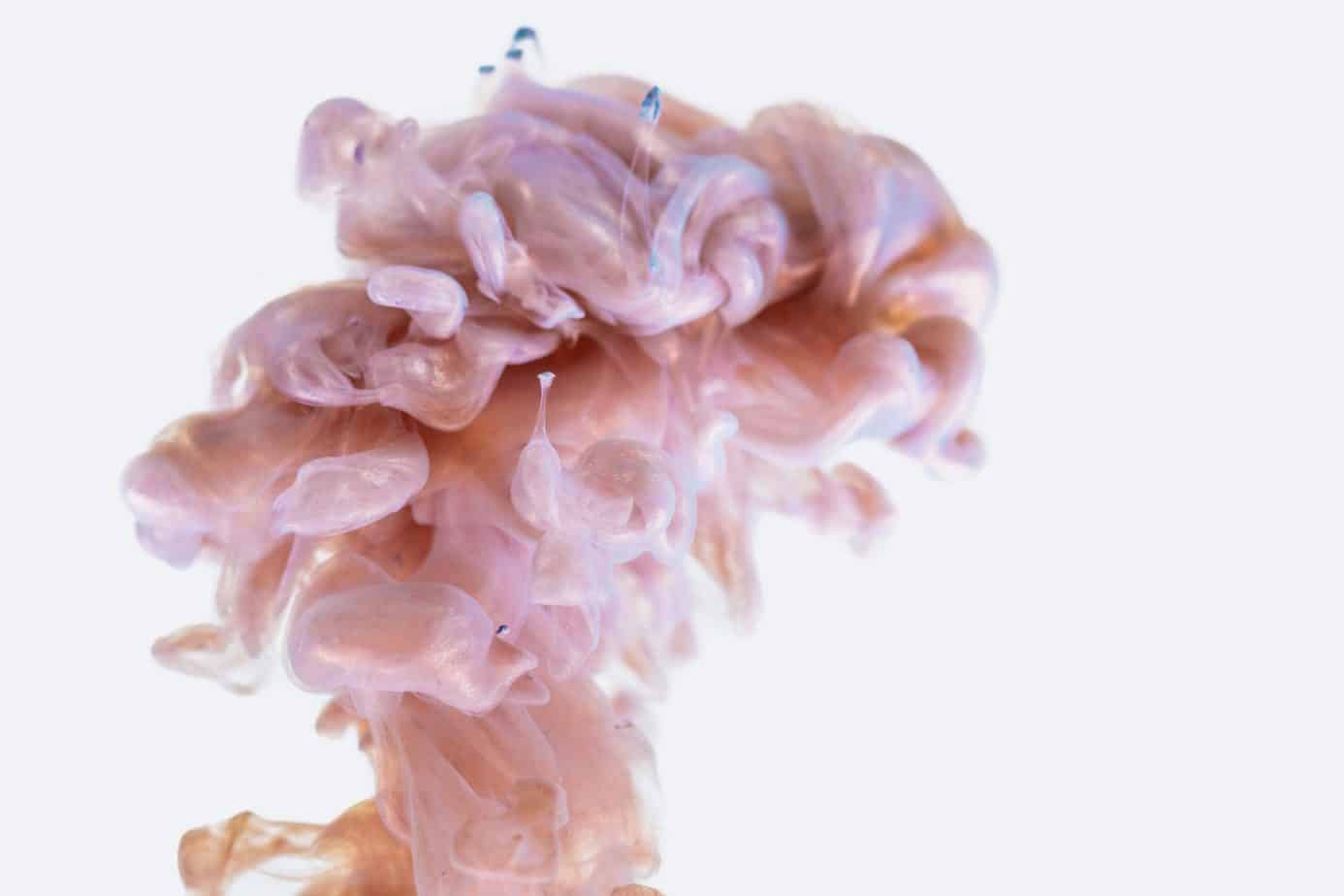 Many people experience a sudden, excruciating, brief headache after eating something cold. Is it synonymous with something serious?

In this article we are going to answer the question ‘’Can you die from brain freeze?’’ We will explain what this strange phenomenon consists of, how and why it occurs.

Can you die from brain freeze?

No, you can’t die from a brain freeze, but it can immobilize you briefly.

Enjoying delicious ice cream on a hot summer day can be suddenly interrupted by a very throbbing headache, between the eyebrows, in the forehead or in the temples, even inside the nose.

It is not dangerous and does not usually last more than 5 minutes, but it is a very unpleasant sensation that affects a high percentage of people, especially when very cold food is eaten at high speed. It’s the so-called ice cream headache.

This phenomenon, which is also known as ice cream headache, or cold stimulus headache, is not a health problem but it has focused the interest of many scientific works since the middle of the 20th century, in an effort to determine its origin.

Some researchers define frozen brain as the reaction caused by a sudden cold in the upper palate and – in a more scientific way – it is also called sphenopalatine ganglioneuralgia.

In any case, it is a very acute, but brief and benign headache, which is not related to any disease or neurological disorder and which could be very anecdotal if science did not pay attention to it.

The first time this scientific society recognized the existence of a “cold stimulus headache” was in 1988.

It is believed that this pain, which is experienced by 1 in 3 people in the world at some time in life, is caused by the rapid constriction of the blood vessels that irrigate the palate when exposed to very cold material, followed by the vasodilation that results when warm blood is immediately sent to the brain.

That rapid change seems to be the one that produces the unexpected discomfort, so we could say that the sweet taste of ice cream and the bitter taste of an inexplicable painful disorder is concentrated on the palate.

Can an ice cream headache be prevented and treated?

And it would be, simply, to taste the ice cream without haste, dissolving it in the mouth before it touches the palate; and with the same objective, drink soft drinks and very cold water in small sips, even try not to touch the straw of sorbet or slushie against the roof of the mouth.

But to ordinary mortals, this surprise pain can occur at any age and in any place, in the middle of a pleasant tasting of delicious ice cream or sipping a horchata or granita.

The more generous the portions that are eaten, the more likely we will feel cranial pains, sometimes like stab wounds, although it is also true that they are brief and do not give much time to worry.

Typically, it lasts between 20 and 60 seconds and only 2 percent of cases exceed 5 minutes.

Obviously, the briefness of the event makes any drug therapy unnecessary and the situation is resolved as soon as we temper the palate with some primitive gestures, such as repeatedly touching it with the tongue when it is no longer so cold, drinking a warm liquid or pressing the roof of the mouth with your thumbs.

Even if we are in an unprotocolary place, remove the portion of ice cream that has caused the damage from your mouth. Pure action-reaction that is not always applicable.

The scientific face of ice cream

Precisely the brevity of the phenomenon and knowing what elements trigger it makes a product as affordable as ice creams or, even more so, ice cubes, ideal resources to develop research on pathological headaches whose mechanisms are similar.

To date, most scientific articles on ice cream headaches have focused on epidemiological surveys or experimental stimulations of the trigeminal nerve.

And as knowledge advances, although its pathogenesis remains unknown, there is greater hope of finding more effective treatments for migraines, trigeminal neuralgias, even headaches derived from skull injuries.

Most researchers have tried to trigger headaches by using cold water, ice cubes, and various types of ice cream or slushies, to test the effects of rapid ingestion.

The first studies on cold-stimulus headaches began in the late 19th century, although they went unnoticed for several decades.

Today the unknowns continue, although most scholars agree that the ice cream headache is similar to a migraine and that it resembles the pain caused by placing the head in ice water. It has also been seen that inhaled cold (for example the one that comes from the floor of an ice skating rink) can trigger that kind of pain.

Scientific production on this phenomenon is increasingly focusing on experimental studies. In the last five years, the works of a group of researchers from the Department of Neurology of the Martin Luther University of Halle (Germany) stand out

In 2016 described in the Journal of Neurology a family predisposition to painful reactions to cold stimuli and determined the prevalence of ice cream headache in 62 percent of schoolchildren between 10 and 14 years old, after an epidemiological survey.

The group’s next initiative was a clinical trial with 214 volunteers who ingested ice cubes and cold water.

Swallowing a chunk of ice at high speed caused headaches in 17 percent of healthy adults, in 23 to 32 of patients who already had tension-type headaches, and in 48 to 74 percent of patients with migraine.

The most recent work by these German neurologists is that published at the end of 2019 in the journal Frontiers in Neurology, where they suggest that drinking cold water very quickly reduces cerebrovascular resistance and accelerates cerebral blood flow,

They point out that the cardiovascular effects of this experiment are similar to those that occur in the so-called immersion reflex (in ice water).

77 volunteers participated who drank 200 ml of cold water at high speed (0 degrees) and symptoms such as tearing; rhinorrhea (runny nose) and headache appeared. This pain was bilateral and stabbing in 39 of them.

In 2012, the multidisciplinary journal of biological experiments The Faseb Journal had already published an analysis funded by NASA and the US Institutes of Health on the changes that occur in cardiovascular blood supply.

Thirteen volunteers drank ice-cold water through a straw, forcing the palate to soak until pain appeared. It was confirmed that the phenomenon involves a vascular mechanism and that it increased blood flow in the anterior cerebral artery, although not in the middle artery.

Between 1996 and 2002, epidemiological and observational studies of various kinds had appeared, along with a small clinical trial. In 1997 the British Medical Journal published the well-known article in which it was established that these types of headaches are not only in the summer, they also occur in winter (even while surfing).

This same journal published in 2002 a randomized trial from McMaster University in Hamilton (Canada) on the accelerated ingestion of ice cream versus a “cautious” ingestion.

145 schoolchildren participated and the main conclusion was that literally swallowing an ice cream (5 seconds) doubles the possibility of suffering a headache compared to a slow tasting.

In 2007, Cephalalgia published the epidemiological survey of the Taipei Neurological Institute (Taiwan) on 8,359 adolescents that estimated the prevalence of ice cream headaches at 40.6 percent (13 to 15 years), reaching 55 percent in those who had had migraines.

Step by step towards migraine

More and more studies are linking the mechanisms of ice cream headaches with those of migraines.

The University of Uppsala (Sweden) provided new clues to this relationship by inducing a frontal headache from drinking cold water through a straw in people who had had migraine episodes in the past 12 months.

That cold stimulus headache is a predominantly frontotemporal and bilateral pain that affects migraine sufferers more, was the conclusion of the researchers from the University of Pernambuco (Brazil), when they studied 379 volunteers of whom 147 had a history of primary headache. 47.9 percent of that group responded with headache to experimental induction.

Another article in the same journal reinforced in 2014 this relationship with migraines and tension headaches, through the experiment of researchers from the Kocaeli School of Medicine (Turkey).

Holding a piece of ice on the tongue against the roof of the mouth caused headaches in 60 percent of the volunteers, and 80 percent of that group had previously had a migraine.

So, can you die from brain freeze?

Scientists are looking at cold headache to better understand migraine and other headache disorders in general. And is that many of the headaches are difficult to study in a laboratory setting; In contrast, cold stimulus headaches can be more easily induced, admits the National Headache Foundation.

A possible link between a cold headache and other headaches is local changes in brain blood flow.

If these types of theories are confirmed, experts believe that drugs could be developed that block the widening of blood vessels (vasodilation) and improve treatment for many people with headaches of different types.

What is clear is that cold substance use headaches are not exactly a threat to health, although they are beginning to be treated as a useful research tool.

As unpleasant as it may be, there is no need to worry. Although it has been included in the classification elaborated by the International Headache Society, it is something completely innocuous.

FAQS: Can you die from brain freeze?

Can a brain freeze kill you?

No, a brain freeze can’t kill you.

Can you get brain damage from a brain freeze?

“Brain freeze” does not cause permanent damage and is not life threatening.

Why do brain freezes hurt so bad?

Pain is believed to be the consequence of the dilation and constriction of blood vessels in response to a cold stimulus.

What actually happens when you have a brain freeze?

Basically what happens is that a lot of blood enters the brain, which is not able to remove it with the same speed with which it entered, and then the sensation known as brain freeze occurs.

How dangerous is brain freeze?

Brain freezes are not dangerous and are very non-limiting.

In this article we answered the question ‘’Can you die from brain freeze?’’ We explained what this strange phenomenon consists of, how and why it occurs.