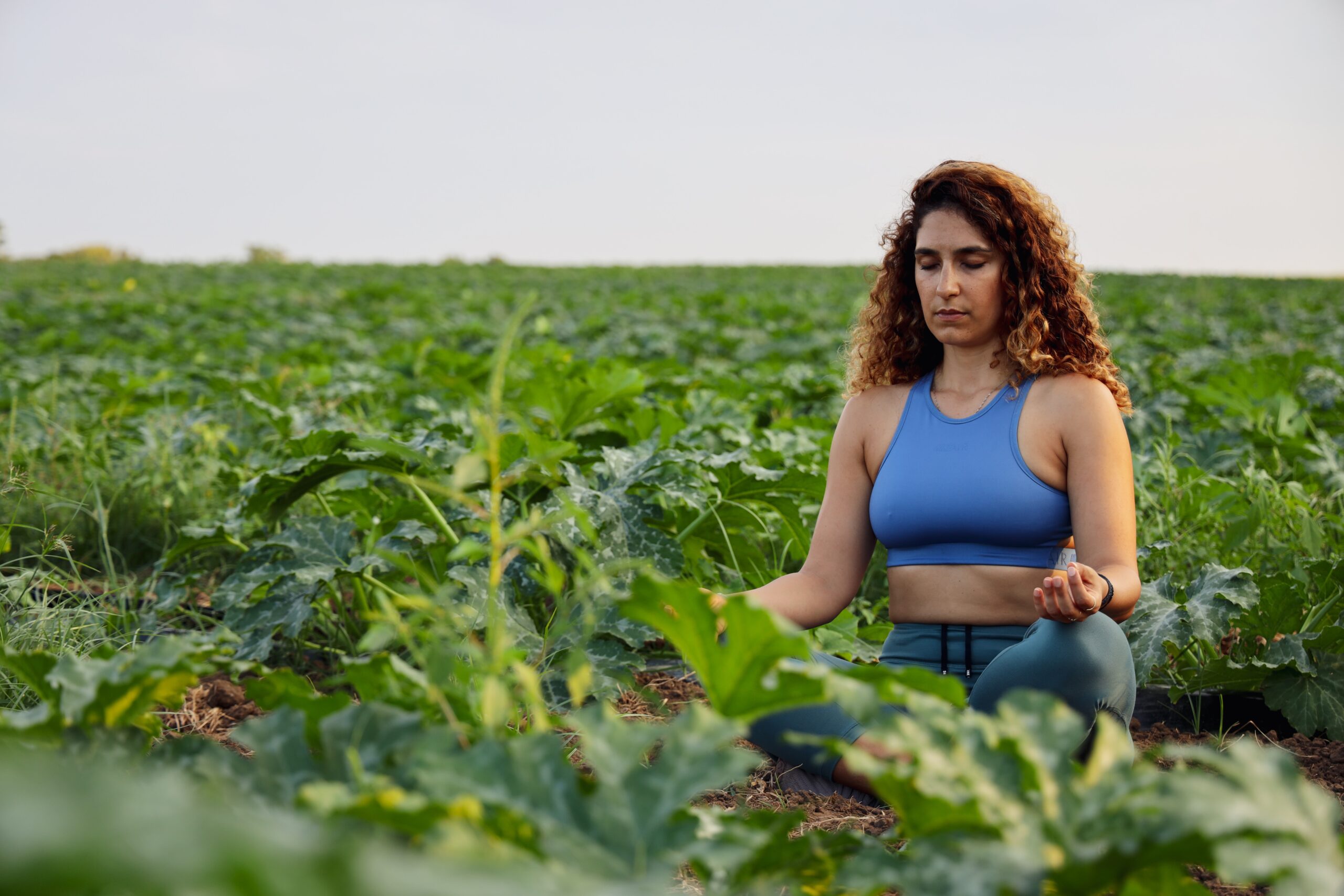 In this guide, we will answer the question “Can the brain understand itself?” and how the brain is able to compress all the knowledge of the universe in its limited space.

Can the brain understand itself?

Yes, the brain can understand itself. The brain learns by talking to itself; flips sensory information until it determines its importance.

Neuroscience is the discipline that is based precisely on the compression of the machine that we carry inside our skull. In other words, neuroscience has been the area in charge of solving our main question ” Can the brain understand itself? ”

By the integration of all its multidisciplinary sciences (biology, physiology, physics, mathematics, and robotics or computing)  neuroscience has improved our understanding of the brain.

“The problems, despite the advances, have been the same since the time of Santiago Ramón y Cajal: understanding how the brain works and curing their illnesses. Neither of them has been completely solved ”, explains Ignacio Torres, director of the Cajal Institute of the Higher Council for Scientific Research (CSIC).

Biology and medicine are, by and large, experimental sciences. This means that anything that we come up with in regard to our own body has to be put into test, again and again, and again, to know whether or to what extent it holds true.

So far a great amount of knowledge we have gained in biology and medicine, especially during the exploratory phase, is through experimenting with animal avatars, from baking yeasts to fruit flies, to mice and rats, to monkeys. Without these animal studies by no means would we have reached today’s level of understanding about our own body.

Unfortunately, when it comes to the human brain, mouse or rat models are simply not good enough. Most of the time the only way to test a hypothesis/theory about the human brain is on the human being themselves. Thus the experimental methods are extremely limited, and the rate of understanding is extremely slow.

What is the brain?

The brain can be defined as a complex organ, located inside the skull, which manages the activity of the nervous system. It controls the vital functions of the human body and everything related to the senses, thoughts, movements, behaviors, and reasoning.

How does it work?

The brain works Through the senses, the brain receives a huge flow of information from the world around us, processes it, and makes it meaningful, organizes, and controls movement. In addition, among the brain’s functions is that of being responsible for regulating body temperature, blood circulation, breathing, and digestion.

An adult brain weighs between 1,300 and 1,400 grams. It contains about 100,000 million neurons and an even higher amount of synapses (synapses are what allow neurons to connect to each other, we will analyze them in more detail below). When we make decisions and experience emotions, a complicated mix of chemical and electrical processes take place in the brain.

Which are the parts of the brain?

The brain, also called the cerebrum, consists of three major areas: the brain itself, the cerebellum, and the brain stem.

The cerebral cortex is the most external surface of the brain and has a great extension, approximately equivalent to between one and two leaves of newspaper, but it is contained in the skull thanks to numerous folds and indentations.

Only one-third of the cortex is exposed superficially, the rest is hidden in the depth of the grooves. If this were not the case and the cerebral cortex was smooth, we would need a skull so large that, among other things, it would prevent a normal birth!

In addition, the distances between different brain regions would be much greater, requiring much longer fibers and significantly delaying the transfer of information, so that we would not be able to act so quickly in many situations.

The cerebellum is a region of the brain whose main function is to integrate the sensory and motor pathways. There is a large number of nerve beams connecting the cerebellum to other brain structures and to the spinal cord.

The cerebellum integrates all the information received to precise and control the orders that the cerebral cortex sends to the locomotive system through the motor pathways. It is the regulator of physiological tremor.

Therefore, injuries at the cerebellum level do not usually cause paralysis but do cause disorders related to the execution of precise movements, maintenance of balance, posture, and motor learning.

At the base of the brain is the brain stem, which connects the spinal cord to the brain and controls automatic body actions such as heart rate, blood pressure, and breathing.

The spinal cord is not part of the brain, but is a key component of the central nervous system, as it communicates the brain with the rest of the body, moving nerve impulses from different body areas and sending signals and commands from the brain to different regions of the body.

On many occasions, however, the spinal cord produces action by itself, without the information being transmitted to the brain. For example, when we quickly remove our hand from the fire so that we do not get burned, the spinal cord acts in a reflex manner in this emergency situation.

In turn, the brain is divided into two large parts, the right and left hemispheres, which are connected to each other by a set of fibers, which constitute the corpus callosum.

Each of the hemispheres has four lobes: frontal, parietal, temporal, and occipital. And each lobe contributes in a different way to the different functions of the brain.

For example, in broad terms, the temporal lobe helps us to give meaning to sensory, auditory, and visual information and allows for many processes related to language use. This lobe also contains the hippocampus, which plays a crucial role in learning and memory, since it is where short-term memories are converted into lasting memories before being stored in another brain area.

How does the brain understand itself?

The brain is probably the organ that has caused the most curiosity in humans. Perhaps it is due to the fact that in the space that a fist occupies and with a weight of little more than a kilogram, it is capable of compressing all the knowledge of the universe, including itself.

Human beings have always been fascinated by this strange organ.

As soon as humans have had time to sit and think, you have tried to understand what it means to know, to experiment, to reason, and what it is that enables you to do such activities. And if we suppose,  that the human mind is a brain and not a supposed immaterial substance floating above our heads.

The human brain is so complex that it may take hundreds of years of research to understand it thoroughly.

At the moment there is not enough knowledge to explain how the brain can understand itself.

To talk about the complexity of the brain, he pointed out that in a cubic millimeter there are between 50,000 and 100,000 neurons, with which there are more than 1,000 million possible connections.

From the physiological point of view, the brain can understand itself. However, being such a complex organ, there are obstacles that contradict or impede this argument within the scientific and philosophical community. These impediments are:

Every scientific discipline has at its disposal a set of elements, techniques, instruments, and experimental procedures that allow us to study the object of our inquisition.

Let me use the analogy of an individual looking in the mirror to describe the idea of ​​the brain studying itself. In that analogy, the technological impediments would be the lack of a mirror to be able to look at ourselves.

An epistemological impairment is an impairment related to the inquiring brain’s ability to know. Returning to the analogy of the individual looking in the mirror, the problem would be that we wouldn’t have the language, the concepts, or the explanatory models to describe what we see in the reflection of the mirror.

Returning to the analogy of looking in the mirror, this type of impediment would derive from the fact that our gaze cannot explain everything it sees reflected in the mirror, because it should include itself in what it sees. The look can describe what it sees, but it fails to explain what is most important, seeing.

Going back to our principal question ‘’Can the brain understand itself?’’ Yes, our brain is smart enough to understand itself in which it can be given in part merit to how neurons and their electrical impulses communicate in the brain allowing understanding and reasoning

The study of neurons has been the door to understanding how the brain understands itself.

And as extra data, it should be noted that thanks to the fact that neuroscientists have helped to understand more how the brain works and how it understands itself, great scientific advances have been made in the detection and treatment of degenerative diseases in the brain.

FAQS: Can the brain understand itself?

Can a mind be artificially created?

An artificial brain (or artificial mind) continues in scientific research. Scientists recently succeeded in creating artificial ” mini-brains ” that generated brain waves similar to those of embryos or premature infants.

Can the brain run out of space?

You don’t have to worry about running out of space throughout your life. The human brain is made up of about a billion neurons. Each neuron creates about 1,000 connections with other neurons, which amounts to more than a trillion connections.

Does depression give you memory loss??

Depression negatively affects memory. The most widely accepted explanation for why this occurs is that it’s caused by neuronal alterations generated by stress.

Why can’t my brain hold information??

Many times memory failures are caused simply by not having paid the necessary attention or even because our brain sometimes distorts reality. Among the main causes that can cause memory problems, we can find stress and fatigue.

How can I improve my memory?

Taking care of your diet by eating healthy and trying to sleep 6 to 8 hours a day, will make your brain feel well-rested and help the brain to function better.

In this brief guide, we answered the question ¨Can the brain understand itself?’’ and how the brain is able to compress all the knowledge of the universe in its limited space.

So, is this complex machine indecipherable?