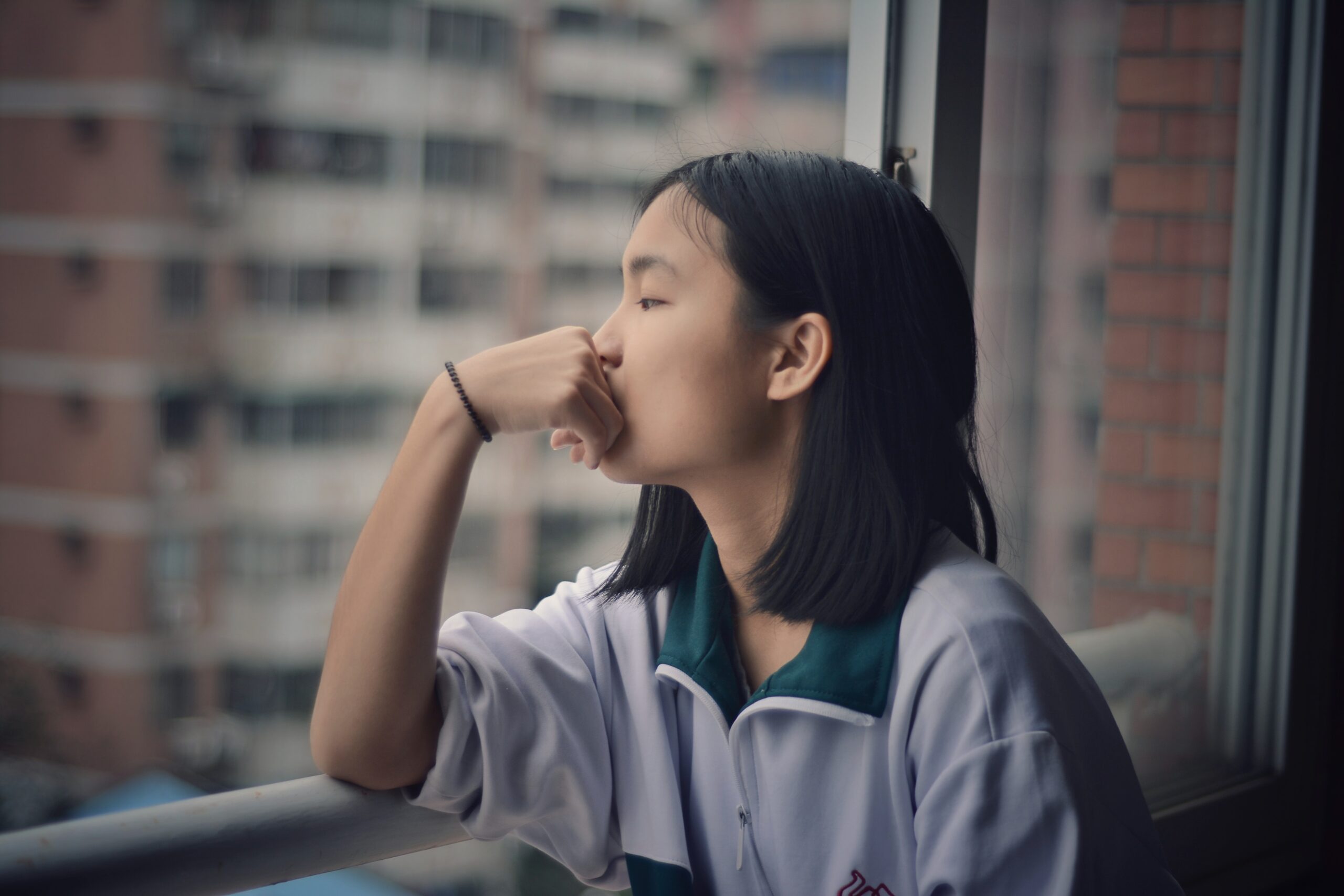 In this article we are going to answer the question ‘’Can the brain eat itself?’’ We will detail the situations where the brain becomes a bit cannibalistic, why it does it and how to avoid it.

Can the brain eat itself?

Yes, the brain can eat itself. This is a process called autophagy, and when we are hungry, the brain resorts to that process in the hypothalamus.

The word autophagy comes from the Greek terms autos (oneself), and phagien (to eat) and means “to eat oneself”. The term was chosen by Nobel laureate Christian De Duve, a Belgian scientist who described the main cellular component involved in autophagy, the lysosome.

Autophagy or “self-eating.” This is a fundamental mechanism, mainly for cells that cannot divide, such as neurons, which allow us to be who we are; think, dream, speak, remember … Today it is known that most neurodegenerative diseases have some deficiency in the autophagic pathway, related to the cause of the disease.

Autophagy is a process in which cells eat themselves when they have fulfilled their function in the body. Maintaining this efficient mechanism is important to stop brain deterioration in old age and prevent various neurodegenerative diseases.

When can autophagy occur? Diets force the brain to eat itself

There are many theories as to why diets don’t work or why it’s so difficult to maintain a low weight.

Now scientists in the United States believe they have found an explanation: hunger forces neurons in the brain to eat themselves and this causes us to eat more.

That’s the conclusion of researchers at the Albert Einstein College of Medicine at Yeshiva University in New York.

Studies in the past have shown that when the body lacks nutrition, cells begin to eat parts of themselves to prevent loss of sustenance.

It is a process called autophagy (literally “eating itself”) that is part of the natural cycle of cellular life.

But until now it was thought that autophagy did not occur in the brain and that the brain was protected from this cell cycle.

The researchers discovered that with starvation, cells in the brain also carry out autophagy to prevent starvation.

The process, the researchers say, occurs in the hypothalamus, the brain region responsible for regulating various metabolic processes, including body temperature, hunger and thirst.

The chemical reactions that occur in this region send us the signal that we are hungry and should eat more, or that we are already full and should stop eating.

However, as the new research points out, when we do not eat, the neurons that are responsible for signaling us that we are hungry begin to eat portions of themselves, their own proteins, as a last resort to obtain energy and avoid starvation.

This causes the body to respond by producing fatty acids, which in turn send the signal that we are hungry to the brain, and this prompts us to eat.

As the researchers express in the journal Cell Metabolism, the finding could lead to new, scientifically proven treatments for weight loss and obesity.

In experiments with mice, Dr. Rajat Singh, who led the study, found that those responsible for producing fatty acids when autophagy occurs are a group of neurons in the hypothalamus, called AgRPs.

These fatty acids in turn increase AgRP levels in response to the hunger signal.

The researchers discovered that by blocking the autophagy of AgRP neurons, their levels were not increased and therefore the hunger signal was also blocked.

These chemical changes in the mice’s brains caused them to lose weight and lose weight after a period of fasting and burning more energy.

“This study demonstrates the unique nature of hypothalamic neurons in their ability to increase the regulation of autophagy in response to starvation,” say the researchers.

Scientists also believe the finding offers new information on why a high-fat diet makes us feel hungrier and eat more.

The fatty acids produced in the bloodstream are stored by the hypothalamus and broken down between meals, which could induce autophagy in AgRP neurons and trigger the process that leads us to be hungry.

Professor Singh believes the finding could lead to a treatment targeting these signals “that makes us feel less hungry and burn more fat.”

This, says the researcher, “would be a good way to maintain energy balance in a world where calories are very cheap and very abundant.

“This study demonstrates the unique nature of hypothalamic neurons in their ability to increase the regulation of autophagy in response to starvation,” say the researchers.

Scientists also believe the finding offers new information on why a high-fat diet makes us feel hungrier and eat more.

The fatty acids produced in the bloodstream are stored by the hypothalamus and broken down between meals, which could induce autophagy in AgRP neurons and trigger the process that leads us to be hungry.

Professor Singh believes the finding could lead to a treatment targeting these signals “that makes us feel less hungry and burn more fat.”

This, says the researcher, “would be a good way to maintain energy balance in a world where calories are very cheap and very abundant.

Your brain begins to eat itself when you don’t sleep

You may know that a good sleep schedule is a vital component of a healthy lifestyle, but did you know that when you don’t get enough sleep, your brain starts eating itself?

I’m not saying this in the literal sense of the word, but research from the Polytechnic University of Marche in Italy shows that astrocytes, a type of glial cells in the brain that regularly shed unnecessary nerve connections, begin to break down healthy nerve synapses in response to chronic sleep deprivation.

How the brain works

To understand what this increased activity of astrocytes means, you must first understand how the brain works. Your body and brain constantly carry out cellular cleansing processes. In the brain there are two types of glial cells that are responsible for eliminating old or damaged cells and synapses.

Microglial cells perform a process called phagocytosis where they remove debris, pathogens, and dead cells from the brain. Astrocytes are support cells that provide structural support, insulate surfaces, and protect the brain during inflammation and injury.

These are complementary functions that help repair and restore your brain while you sleep while preparing you for a new day. Usually that’s a good thing.

But when you don’t get enough sleep, astrocyte activity increases and the cells begin to behave similarly to microglial cells, as they consume waste and perform excessive cleaning (a physiological process called astrocytic phagocytosis).

When this happens, instead of attacking only dead or damaged cells, astrocytes begin to eat up and destroy healthy synapses. Over time, this can lead to chronic brain diseases such as Alzheimer’s disease and other forms of neurodegeneration, such as Parkinson’s disease.

But for experts, this may be a good thing as that process removes the largest and most mature synapses that work harder.

However, they also found that microglial cells increase their activity after insomnia and are the cells related to many brain disorders and neurodegenerative diseases.

This discovery could explain why lack of sleep makes people more vulnerable to these types of diseases.

It is not yet known if getting more sleep could help protect the brain, but it is certainly an incredible finding that links poor sleep to some serious neuronal problems.

So, Can the brain eat itself?

Autophagy is a cellular digestion process that can be seen. When we look through a simple optical microscope we can know that a cell is in autophagy because “vacuoles” or “vesicles” appear, bubbles in the cytoplasm of cells, which correspond to those miniature washing machines in charge of crushing cell waste.

Good nutrition is the basis for proper physical and cognitive functioning, which is why it is considered important to include each of the food groups described in the plate of good eating, as well as to avoid prolonged fasts that can cause side effects.

The consequences of having prolonged fasts or maintaining a diet that restricts food groups can lead to dysfunctions in the body due to insufficient supply of nutrients and energy sources.

It also happens when we don’t sleep well.

The brain eats itself as a result of chronic insomnia. As you hear it. The reason is that the cells that digest and destroy the waste resulting from the daily work of neurons increase their activity.

These cells are called glial cells and they are much more numerous than neurons (which they also feed). Among them are microglia and astrocytes. These latter star-shaped cells prune away unnecessary synapses in the brain to reshape their connectivity, while the microglia removes toxins released in the process.

The activity of this toxic waste cleaning system is very beneficial for the brain as it rebuilds circuits and protects healthy synaptic connections. But if he becomes hyperactive, it can have negative effects, including facilitating the development of Alzheimer’s and Parkinson’s.

FAQS: Can the brain eat itself?

Is it true that lack of sleep can cause the brain to eat itself?

Yes, it’s true. Recently, researchers found that failing to regularly get enough sleep could cause the brain to clear a large number of neurons and synaptic links.

Does your brain eat itself when your hungry?

A recent research has shown that dieting can cause brain cells to eat themselves.

Sleeping 5 hours or less can affect the way neurons connect in the hippocampus, thereby affecting memory and developing Alzheimer’s.

What happens to your brain when you are sleep deprived?

Deprivation of sleep makes us moody and irritable, impairing brain functions like memory and decision-making. It also affects the rest of the body adversely. For example, it impairs the functioning of the immune system, making us more vulnerable to infection.

Can your brain shrink from lack of sleep?

Sleep is not only linked to rest, but also to the medical issue. A study published by the journal Neurology determined that lack of sleep affects the brain and shrinks it.

In this article we answered the question ‘’Can the brain eat itself?’’ We detailed the situations where the brain becomes a bit cannibalistic, why it does it and how to avoid it.