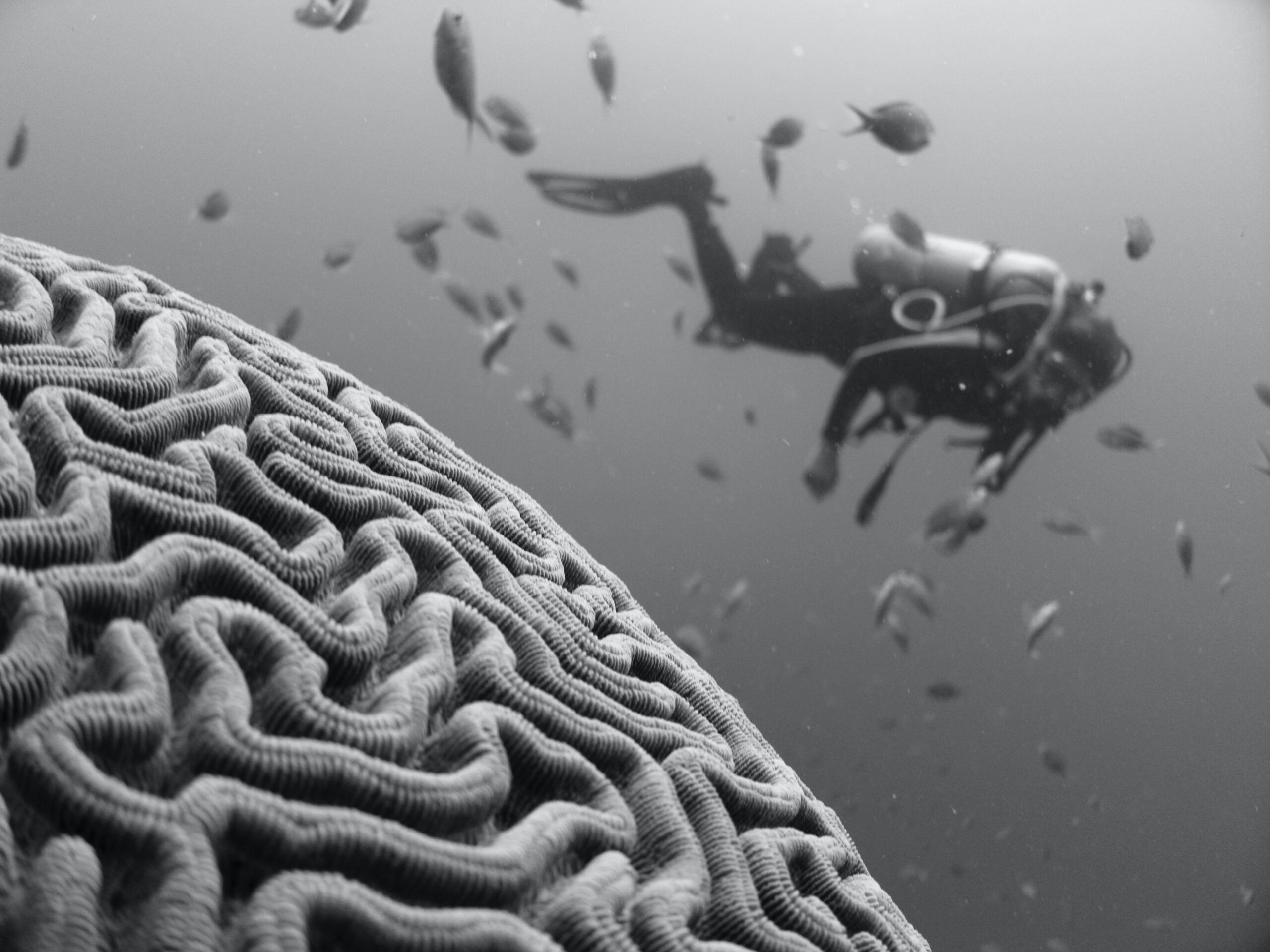 In science we owe the possibility of saving a life using someone else’s organs. We can receive and donate parts of our body that will continue to contribute to another person’s life when we no longer need them. What do you think about your own body? What has a brain trapped in a city that no one can move to? Is it possible to transplant a brain?

In this post we are going to answer the question ‘’Can the brain be transplanted?’’ We will evaluate whether science has come so far to achieve brain transplantation, its antecedents, scope and limitations.

Can the brain be transplanted?

Head transplants are not possible and unlikely in the near future, according to experts.

Head transplantation (or body transplant, depending on how you look at it) is a surgical procedure that has led to several movies and television series, such as the classic Frankenstein or the Matt Groening series Futurama.

However, the famous publication Surgical Neurology International has reported a few days ago the research carried out by Dr. Sergio Canavero at the University of Turin, which concludes that head transplantation is medically possible, and details the procedure by which could be achieved.

Valery Spiridonov, the man who wants to undergo the first head transplant in history

Russian suffering from spinal muscular atrophy (SMA), a serious genetic disease that attacks motor neurons, wants to undergo a groundbreaking operation in which his head would be transplanted into a healthy body by joining it at the spine.

The procedure seems like science fiction, but Italian doctor Sergio Canavero has been assuring for years that it is possible and, in fact, plans to carry out the operation in 2016. According to various Russian media, the candidate, Valery Spiridónov, got in touch with the controversial doctor to be your guinea pig.

“This is my final decision and I am not going to change it. Fear? Of course I have it, but if I don’t try my future could be even worse ”, revealed the 30-year-old patient. The candidate, a computer scientist by profession, compared the procedure to which he will be subjected to the conquest of space:

“This experiment is a great scientific advance that is on the same level as Gagarin’s flight,” Zvezdá told Russian television.

Time plays against Spiridonov, who worsens every day and has already exceeded the life expectancy for people with his disease. According to the patient told Interfax, he has received an invitation to participate in an international conference of neurosurgeons in Illinois (USA) this summer.

“I have received the invitation from Dr. Canavero, who agrees to perform the operation. Now the important thing is to find the means to participate, “he said. Spiridonov added that he is psychologically ready for the operation. “I have been through all the necessary consultations for a long time, my mother is a psychologist,” he says.

Canavero wanted to bring together a team of 150 doctors and nurses to carry out the surgery, which is estimated to cost just over 10.3 million euros. The operation is extremely complex. To perform the transplant, the donor’s body and the patient’s head must be in the same operating room.

The head to be transplanted has to cool down to 12 degrees. It should then be removed from the patient and connected to the donor’s body without the circulatory system being stopped. All this must be done within an hour.

During reconnection, the patient’s body must also be cold and total cardiac arrest must be induced. Once the head transplant is successful, the donor’s heart has to be reactivated, and surgeons must reconnect all other vital systems, including the spinal cord.

Canavero’s dream has a controversial precedent. In 1970, a group of American scientists led by neurosurgeon Robert J. Whitelogined to transplant the head of one monkey into the body of another.

The operation was very controversial, but the surgeons managed to get the animal to use its five senses. The primate actually tried to bite one of the doctors but died a few hours after the operation was completed.

Three years later, White managed to make a monkey with a transplanted head live for several days, but he never, ever managed to splice the spine. All animals remained paralyzed from the neck down.

Although the procedure is technically possible, and Canavero is a respected surgeon, much of the scientific community remains sceptical. The difficulty lies not only in the procedure but also in finding a donor.

These would be people who suffered fatal accidents that only affected the head, or victims of fulminant strokes, who were prepared in a matter of hours to receive a new tenant.

Head transplants, why can’t they be done?

According to the most recent data from the World Health Organization (WHO), 126,670 organ transplants were performed in the world in 2015, about 14.5 every hour.

Almost half of these types of operations (41.8%) were to replace a kidney. Liver and heart transplants follow in proportion.

Replacements of other organs, such as the lungs, pancreas, and small intestine, have become more common in recent years.

But unfortunately, doctors still cannot replace all parts of the body seriously damaged by illness or accidents.

Dr Lorna Mason, transplant surgeon and president of the British Society for Transplantation, says there is “not much left that cannot be considered” for a replacement, but doctors are always concentrating on “how to keep the greatest number of people alive and choose the most realistic alternatives.”

Head transplants are not possible and unlikely in the near future, according to experts.

Leaving aside the most obvious philosophical debate – would the body receive a brain or the brain that receive a body? – the main difficulty for a potential head transplant would be to connect the brain to the spinal cord.

Most transplant operations require a successful connection between the blood vessels, but the case of the spinal cord, on which the movement of the entire body depends, is much more complex: the marrow is a network of highly specialized cells, called neurons or nerve cells.

These types of cells transmit information through nerve impulses and chemical signals, and if damaged they cannot be replaced or reconnected.

That explains why, to this day, severe spinal cord injuries are often permanent.

Dr. Mason says that in cases of brain damage or disease damage there are other “more realistic” options than transplantation, “such as cell replacement when possible.”

Scientists are experimenting with cell therapies that in some cases could allow neurons to regenerate and develop.

“Cell therapy can stop, or in some cases even reverse, a degenerative disease of the cellular tissue of the brain or nervous system,” says Mason.

“This type of treatment could be useful for patients with dementia or multiple sclerosis, for example,” she added.

Dr. Canavero is based on a controversial investigation that took place in 1970. One year after the arrival of man on the Moon, Dr. Robert Whites managed to transplant the head of a rhesus monkey into the body of another specimen, thus as in dogs and rabbits where they were also successful, showing that reinsertion of the head into a body is not impractical.

Canavero comments that it is necessary for this procedure to cool the head and spinal column of the animal to 18ºC, and make “clean cuts” using a super-sharp type scalpel, in order to separate the two spinal cords and subsequently drain the blood from the head of the transplanted subject before joining the two spinal cords by means of an inorganic polymer, which functions as an adhesive.

In experimentation, Canavero also states that it can be especially difficult to ensure correct integration of all nerve fibers, but points out that a few correct connections would be sufficient to obtain a certain degree of voluntary control of movements.

The stimulation by means of electrical micro discharges of the spinal cord (SCS) would also help to improve the plasticity of the nerve cells, which would result in a progressive take over of the brain to be able to control and dominate its new body.

Canavero emphasizes that this procedure requires to be studied in depth from now on, as it could give hope to people who suffer from severe diseases and conditions.

It may be absurd to think about the possibility of transplanting a head, but the truth is that a review of the science of medicine in recent times confirms that some procedures that seemed science fiction, such as face transplantation, are today a reality.

It may only be a matter of time before medical technology allows the first head transplant.

When will a head transplant be possible?

Experts argued that the world’s first head transplant could be possible in ten years.

According to the Daily Mail news story, Dr. Bruce Mathew, the robotic surgeon and neurosurgeon at England’s Hull University Education Hospital, said brain and spine transplantation could be performed with advances in robotic surgery operations, the mother cell and nerves.

Matthew who made a statement to The Telegraph describing the possible operation said:

“If you can do the brain transplant if you can keep the brain and spine together, this is not really impossible. If you remove the spine so you can put the brain, spine and belt in one body. “

Mathew recalled that previously the head transplant was done between cadavers and added:

“Head transplantation between brain-dead cadavers is the next phase. The operation can help people with muscular dystrophy disease and those whose organs were removed, it can still revive individuals from death. “

Scientists in 2017 placed the head of a small mouse into a larger mouse and signed the world’s first mouse head transplant.

Valery Spiridonov, a physically handicapped Russian citizen two years ago volunteered for the world’s first head transplant operation. But in the end, he found love and decided not to have the surgery.

FAQS: Can the brain be transplanted?

Can a brain be kept alive artificially?

An isolated brain is an in vitro brain that is preserved, either by perfusion or by replacement of the blood, either by an oxygenated solution of different salts, or by immersing the brain in oxygenated artificial cerebrospinal fluid.

Can you transplant a spinal cord?

An allogeneic transplant involves receiving the donor’s bone marrow, umbilical cord cells, or peripheral stem cells. This donor has to be genetically compatible and may or may not be from a relative of yours.

How long can a brain live?

Brain: the organ that can live for 120 years.

Can dead brain cells be revived?

Not in humans. In cats and macaques, researchers have successfully recovered brains after cutting off blood for a full hour by carefully restoring them.

In this post we answered the question ‘’Can the brain be transplanted?’’ We evaluated whether science has come so far to achieve brain transplantation, its antecedents, scope and limitations.