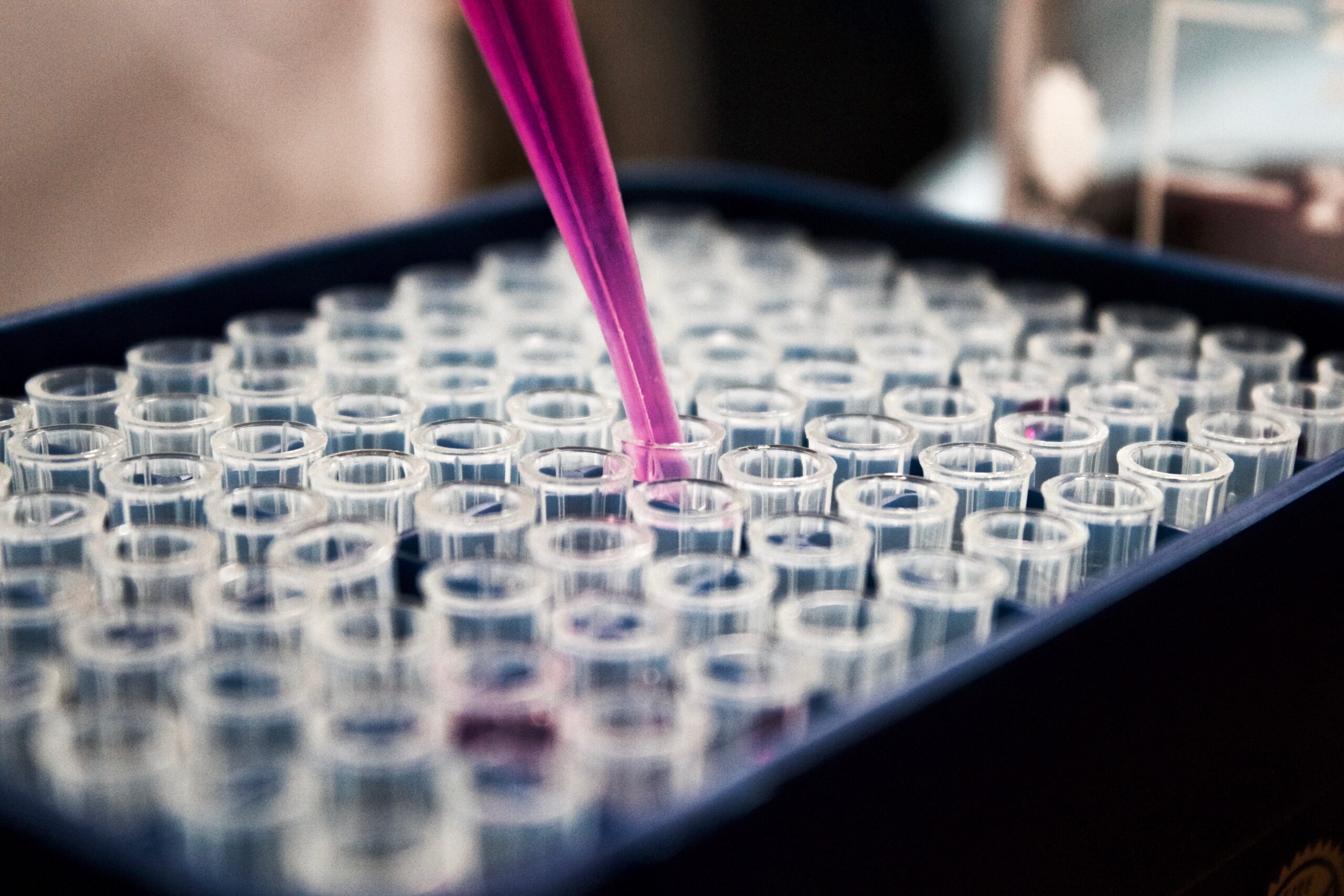 “By definition, a human being is endowed with free will. He can use this to choose between good and evil.” declared Anthony Burgess, English writer and author of A Clockwork Orange.

So are we absolute owners of all our decisions or is it just an illusion?

In this post we are going to answer the questions ‘’Can neuroscience understand free will?’’ we will know the brain processes involved in decision-making, finally, we will show if you are really a being with free will.

Can neuroscience understand free will?

Yes, neuroscience can -or at least try to- understand free will. Neuroscientists have identified the responsible decision-making process of free will.

Get up when the alarm goes off or sleep 5 more minutes; have tea or coffee for breakfast; wear the blue tie or the red tie; From the time we open our eyes until we go back to bed, every day of our lives, we make decisions consciously.

But perhaps more important than that, we take them freely. It is we ourselves who voluntarily choose which way to go; or not go through them at all. And although it is true that on some occasions we find ourselves in situations where there is no choice to be made, or that a force majeure prevents us from deciding freely, these are rare.

Thus, the notion that we are beings with the capacity of free will is seldom challenged.

The illusion of free will

In a deterministic world – Schopenhauer to Sam Harris have argued – all our actions are the result of past contingencies that are beyond our control, whether these are the genes we have inherited, the environment in which we have grown up, or chance. Since we do not control any of these factors, free will can only be an illusion.

We decided to do what we want, but what we “want” would be nothing more than an a priori dictated by our brain and the environmental experiences and stimuli that shape and have shaped it.

Although some compatibilist philosophers, such as Dan Dennett, argue that there is a notion of free will that would be compatible with the deterministic world in which we live, they do so based on notions of freedom that are far removed from the “libertarian” idea of free will that we all intuit.

Does neuroscience say something about it?

In the 1980s, Benjamin Libet demonstrated in a series of experiments that, approximately 550 ms (milliseconds) prior to the action of moving a finger, in what would be an apparent voluntary decision, certain electrical activity can be detected in the motor area of ​​the brain.

This activity, located through electroencephalograms, was called “Readiness potential”. Likewise, the subjects reported, on average, the conscious urge to perform the movement about 200 ms before performing it.

In other words, these experimental designs seem to indicate that the brain makes a decision about action before there is any conscious intention to do so, thus suggesting that the conscious decision is an ulterior phenomenon and not just a determining causal force during a simple motor task.

Apparently our brain, through processes that escape our thinking, would have chosen for us.

Libet’s experiments, and many others later, have led to a whole cataract of radical conclusions about free will by many scientists, generally very media and active in social networks.

For the most part, human freedom is considered as an illusion based on the complexity of the conditioning of our decisions, which, however, would be completely automatic.

The emergence of neuroscience would rather have led to neuroscience of lack of free will. It is stated that everything we decide arises in our brain unconsciously, without the intervention of the will, and that then we are simply informed and we deceive ourselves into thinking that we have freely decided.

However, it has recently been said that neuroscience and the traditional concept of free will are reconsidering their divorce.

Other researchers took these discoveries even further

A study published in Nature Neuroscience in 2008, led by John-Dylan Haynes, from the Charité – Universitätsmedizin in Berlin, used the novel technique of functional magnetic resonance imaging (fMRI) to study the brain’s anticipation of conscious decisions, with an experiment that had points in common with Libet’s but was considerably more refined.

This technique allows us to observe the areas of the brain that are activated by a stimulus, based on the increase in oxygen consumption.

The experiment aimed to solve the doubts that Libet’s had generated regarding deficiencies in the measurement of time and in the non-specificity of the effect of preparing the electric brain wave as a possible simple increase in attention.

A series of subjects were asked to relax and were presented with a string of letters on a screen at a speed of one letter every half second. When they felt the urge to do so, they pressed one of two buttons with their left or right index fingers.

At the moment of having felt the need to do so, they had to remember the letter that was passing through the screen. After pressing the button, they visualized a screen with four letters among which were the last to appear and communicated the letter they had seen.

Meanwhile, their brains were monitored by fRMI observing the activation of parts of the frontal cortex, the primary motor cortex, and the SMA (supplementary motor area).

‘’Seven seconds before the subject felt that he had made the decision, areas of the brain corresponding to the hemisphere in which it had been decided to move the finger were started.’’

The results were quite spectacular because, seven seconds before the subject felt that he had made the decision, areas of the brain corresponding to the hemisphere in which it had been decided to move the finger were activated.

As for when the decision was to be made, it could be seen in the brain that it was going to take up to 5 seconds before the subject felt the conscious urge to press the button. Therefore, there were several areas of the brain that were activated.

When interpreting these results, the authors pointed out that their results “suggest that the decision made by the subject reaches consciousness highly influenced by the unconscious activity of the brain, which develops up to ten seconds before.”

More than fully unconscious, the decision would be influenced by the unconscious. Regarding the role of SMA, it seems that it comes after the illumination of areas of the frontal cortex and the precuneus. The motor response would be built in the SMA even before the consciousness of the decision.

As Samuel Dennett said, the conclusion of this study would be: “Don’t play rock-paper-scissors with Haynes if you’ve got your head stuck in an MRI machine.”

However, in another study published this year in PNAS, Haynes’ group suggests that there is some evidence that points in the direction of validating the existence of the conscious veto.

Using a form of brain-computer integration, they studied whether the participants could cancel a movement after the onset of preparatory non-conscious brain activity, which Libet had already identified.

A positive result would be a signal that humans can consciously intervene and perform “veto” processes that some had previously considered automatic and beyond intentional control.

Every time the computer detected signs of unconscious brain activity of readiness, the red light would go on. If this preparatory activity is truly a sign of actions that are beyond conscious control, the participants should not have been able to respond to these sudden red lights.

However, in many cases, they were able to override the non-conscious brain activity in preparation and stop the movement of the feet before it began. These results suggest that the activity identified by Libet may, in fact, be vetoed by the conscious will.

So, Can neuroscience understand free will?

We are a long way from being able to study the brain activity involved in complex decisions and yet many draw biased and hasty conclusions from experiments that only show the behavior of the brain in the face of simple and inconsequential decisions.

An exciting future awaits us in the field of brain research that we should not fill with noise caused by scientists determined rather to be philosophers. Free will is a key issue in our conception of man and it is still premature to say that neuroscience can be the one who defines this concept.

People are forced to make many decisions permanently and two types of systems intervene when making them.

The first works in a more automatic, unconscious, speedy way, motivated by previous experience, beliefs, expectations, prejudices, desires, fears and emotions. We value them as the most spontaneous, without realizing that they are the most learned and automated, that is, they have little spontaneous.

The second is more conscious, rational, slow, thoughtful, a friend of evaluating the alternatives, also insecure since he contemplates more points of view and knows that every pro has its disadvantage.

We still know very little. For example, we do not know how matter acquires consciousness. But what we do know is that most of what happens in our body and mind works alone with almost no news.

FAQS: Can neuroscience understand free will?

Do neuroscientists believe in free will?

Neuroscientists are working to discover whether free will exists or not. Many neuroscientists argue that it only occurs on neurological grounds, yet new studies have shown inconsistency.

Does neuroscience leave room for free will?

There is a quite mechanistic approach that leaves no room for free will, since they are maintained in that mental processes and actions are determined by physical laws.

What does Aristotle say about free will?

Aristotle says that, unlike nonrational agents, we have the power to do or not to do, and much of what we do is voluntary, such that its origin is ‘in us’ and we are ‘aware of the particular circumstances of the action.

What part of the brain controls free will?

The process of reasoning and movement occur in the frontal cortex, in the basal ganglion there are regions responsible for controlling motor actions, this allows to initiate an action.

Why Free will is an illusion?

Free will may be an illusion of our brains. Scientific studies have proven that the brain makes decisions before we have consciously made them.

In this post we answered the questions ‘’Can neuroscience understand free will?’’ we knew the brain processes involved in decision-making, finally, we showed if you are really a being with free will.

If you have any question or comment please let us know!