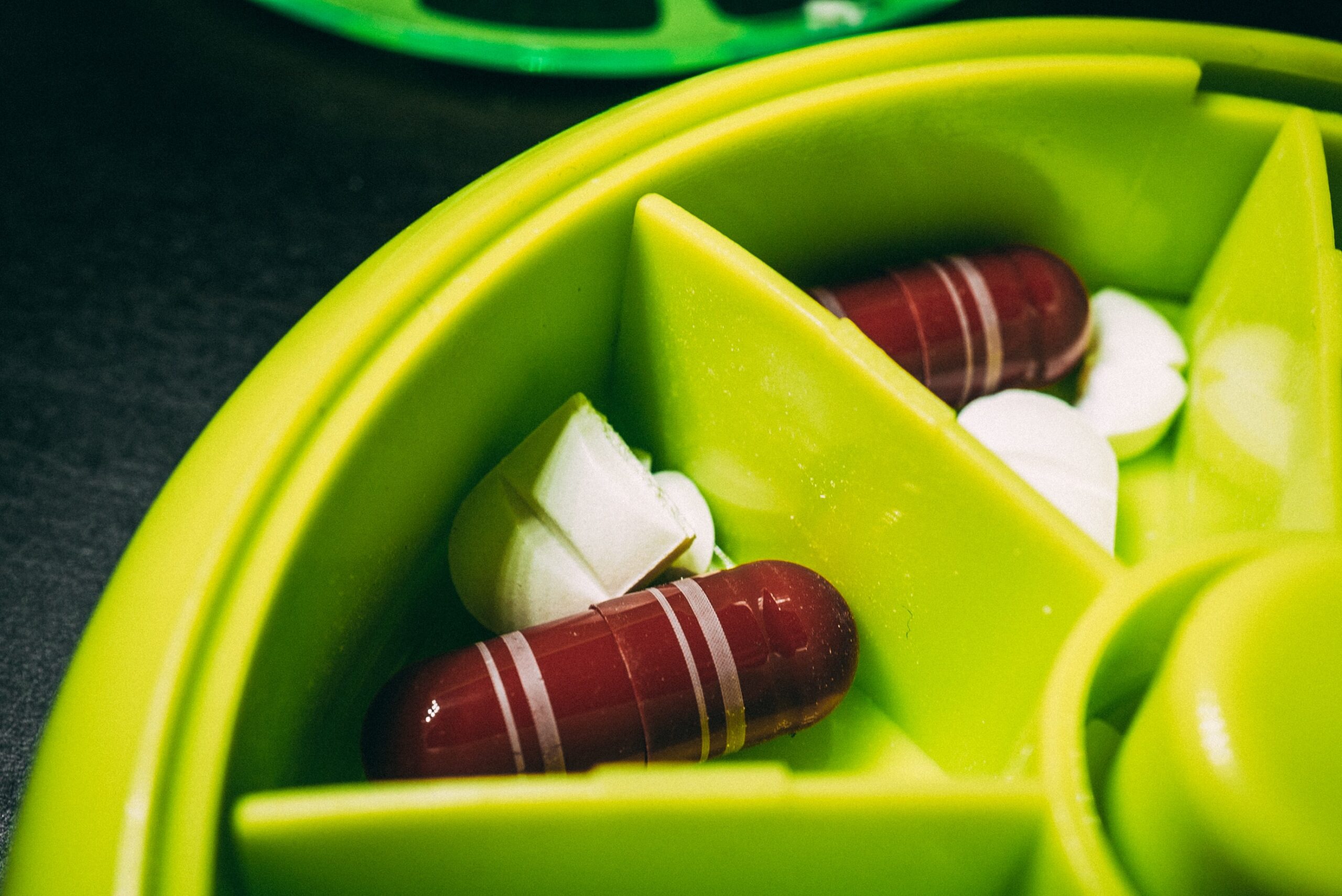 Psychiatry eventually lost faith in the DSM, the famous Diagnostic and Statistical Manual of Mental Disorders, the first updated edition of which dates back to 1994, and in 2013 the fifth of that new generation was published.

The confidence of psychiatrists now resides in genetics, but how can neuroscience influence the DSM?

In this brief guide we are going to answer the question ‘’Can neuroscience be integrated into the dsm-V?’’ We will explain what the DSM-V is, how it is used by mental health professionals and what is the scope of neuroscience to place the bases of mental disorders on brain factors.

Can neuroscience be integrated into the dsm-v?

Not at the moment, the specific cause of mental disorders has not yet been found. It is not only due to brain factors, as factors such as experience and genetics influence.

Between 1979 and 1972, an experiment was carried out that was a severe blow to mental health due to the lack of resources of the psychiatrists who practiced in this period and who were in charge of making a “valid” diagnosis of mental illness.

Several pseudopatients participated in the experiment (friends and students of a great master of psychology “Rosenhan”, including himself), who, pretending and claiming to hear strange voices, were diagnosed by psychiatrists of schizophrenia or bipolar disorder, ordering their admission in a manner immediate in psychiatric hospitals.

With this fact, it was shown that professionals in this field did not have any effective and valid way to diagnose mental illnesses or disorders, therefore, the creation of what we know today as DSM (Diagnostic and Statistical Manual of the Mental diseases)

It provides descriptions, symptoms and other useful criteria for the diagnosis of these disorders and is reviewed periodically, in accordance with the research, studies and discoveries made.

On May 18, 2013, the American Psychiatric Association published the Psychiatric Diagnostic Manual (DSM-5), which was the result of more than a decade of research, with 13 working groups, 6 study groups and more than 500 professionals participating in each of them.

According to the chairman of the Task Force, David Kupfer, the DSM-5 was designed thinking about facilitating the updating of the relevant knowledge accumulated in neuroscience, cognitive sciences, genetics, and in clinical practice.

It is important to recognize that the previous classification of psychiatric diagnoses (DSM-IVR) had a series of limitations, which is why it was necessary to seek a better psychiatric nosology. The most notable limitations of the DSM-IVR were among others:

High rates of comorbidity between diagnoses, massive and widespread use of “unspecified” diagnoses, and a growing inability to integrate DSM diagnoses with genetic and neurobiological research findings.

Furthermore, the boundaries for the pathologies we treat in psychiatry can be easily expanded because there is no clear line separating people who are simply worried from those with mild mental disorders.

In fact, the diagnostic manuals in psychiatry appeared in response to the uncertainty generated decades ago in the medical field regarding the validity of psychiatric diagnoses.

How are mental disorders diagnosed?

Proper diagnosis is the cornerstone of medical care. To prescribe an effective treatment for the patient, the physician must begin by determining what ailments the patient. In almost all specialties, the diagnosis is based on objective tests: X-rays in trauma, biopsies in oncology.

On the other hand, when we are faced with some serious and widespread mental disorders among the population, the diagnosis is still based on the report of the symptoms presented by the patient and on the careful observation of their behavior.

The human brain is so complex that research has yet to come up with definitive tests for the diagnosis of schizophrenia, autism, bipolar disorder, or deep depression, among others.

Being guided by subjective evaluations, psychiatrists have to face the problem of reliability: how to ensure that two doctors arrive at the same diagnosis of the same patient.

There are two diagnostic tools that are widely used throughout the world, one of them the Diagnostic and Statistical Manual of Mental Disorders (DSM) of the American Psychiatric Association and Chapter 5 of the International Classification of Diseases.

The DSM takes as a starting point the description of the patient’s functioning, taking into account 5 parameters in order to achieve a general panorama of their situation:

The DSM-5 disorder groups are as follows:

2. Spectrum of schizophrenia and other psychotic disorders.

7. Trauma and other stressor-related disorders.

15. Substance Use Disorders and Addictive Disorders.

From a neurophysiological point of view, why do mental disorders appear?

It is not known why mental disorders appear. It is a set of factors. There are many triggers that can lead to mental illness (components of genetic predisposition, environmental causes, education or lived experiences), and others that are not yet known. But the environment, without a doubt, is an important factor.

In fact, we could say that practically anyone can suffer a mental disorder in their life at any given time, depending on the circumstances in which they find themselves, the resources at their disposal, the support networks … There is a health-disease continuum.

That is often not taken into account, since it seems that a person becomes mentally ill the moment they receive a diagnosis. There are disorders that are more common such as depression and anxiety, of course, than others such as schizophrenia that only 1% of the population suffers from.

There are also different degrees, for example, some people may suffer from depression at one point in their life and others who suffer from chronic depression, and have a harder time recovering.

Throughout the history of psychiatry, a topic of great interest has been that related to the causes and consequences of mental disorders. The study of the consequences has undoubtedly been a widely addressed topic, which has allowed obtaining a wide body of knowledge through years.

With regard to the underlying causes of mental disorders, progress has been slower but no less important. In fact, the advent of neuroscience has favored the understanding of these disorders from a biological perspective.

Hand in hand with this knowledge stands out, without a doubt, the development of taxonomies which are fundamental tools to identify and classify psychopathological disorders and which are of daily use in clinical and research tasks; a classification is then valid when it predicts the maximum possible of variables in relation to a given topic.

The editor of the journal Nature, Phillip Campbell, suggested that the next 10 years will be a decade of psychiatric disorders. He was not referring to an epidemic of these conditions but to the profound changes that advances in genetics and neuroscience are producing.

This commentary suggests the ways in which genomics and neuroscience are going to reorder mental disorders and thus transform the practice of psychiatry.

Neuroscience is identifying special circuits in the main aspects of disease.

For example, learning extinction, that is, the reduction of the response to learning behavior in repeated presentations of conditioned stimuli in the absence of a reinforcer, is present in the human brain with key nodules in the ventromedial prefrontal cortex, the amygdala and hippocampus.

Rather than defining the biology of a disease, extinction is an important feature of post-traumatic stress disorder, obsessive-compulsive disorder, and various phobias.

Two highlights have emerged from the neurosciences. On the one hand, it would appear that there is an emerging relationship between genetic variation and the development of neural circuits that mediate the cognitive complex and behavior, from reward to emotion regulation.

On the other hand, the current diagnostic categories, based on clinical characteristics, do not seem to fit well with the findings of genetics and neuroscience.

The National Institute of Mental Health recently produced the Research Domain Criteria project to reformulate psychiatric diagnoses according to (at least in part) emerging biology rather than the current approach that is limited to clinical consensus.

Although mental illnesses are not characterized by the neurodegenerative component, the behavioral and cognitive manifestations considered as illnesses of the mind could be late stages of processes that began together with the origin of the illness.

Transformations in diagnosis and treatment will depend on deepening the knowledge of genetics and the circuits that underlie mental illnesses and being able to detect risk, obtain precise diagnoses and apply treatments based on the alteration of plasticity and the recomposition of circuits rather than drug therapy on neurotransmitters.

So, can neuroscience be integrated into the dsm-v?

The famous and much-touted book DSM (Diagnostic and Statistical Manual of Mental Disorders) of the American Psychiatric Association has undergone innumerable changes, mutations and criticisms between 1952 when the first edition came out and today.

The DSM scientifically speaking is weak and limited; it limits itself to stating and categorizing symptoms and syndromes and, strikingly, between the first edition and the current one, the existence of mental disorders has more than tripled.

Anyway, a new mental mapping is being drawn in the brain aimed at discovering local mechanisms in neural networks and designing new psychotherapies.

Reliable biomarkers for mental illness are not yet available. In medicine, the correspondence between symptoms and signs is not univocal since there are symptoms without corresponding signs.

The adult brain does not remember what it has not learned in time. Different areas of the brain interact with each other; cognition and emotion influence each other; brain structures are interdependent; functions are localized, specific, specialized, and connected and responsive in an integrated way.

The central nervous system is not a supercomputer with rigid connections; it is a dynamic, adaptable biological system endowed with neuronal plasticity.

Genetics and neuroscience have the tools to transform the diagnosis and treatment of mental illness.

To do this, we must first rethink mental disorders, admit that they are alterations in brain circuits, probably caused by developmental processes shaped by a complex interaction between genetics and experience.

FAQS: Can neuroscience be integrated into the dsm-V?

What was added to the DSM 5?

How is the DSM V different from the DSM IV?

There are many differences, one of them is that although the DSM-IV excluded within depression people who showed these symptoms after the loss of a loved one in the previous two months, the DSM-5 omits this exclusion and premenstrual dysthymic disorder in women.

What is the DSM V and how is it used?

What is the DSM IV How do psychologists use it?

The DSM-IV was published in 1994 by the American Psychiatric Association and is a classification system for mental disorders that is intended to give clear and precise descriptions of diagnostic categories, so that researchers can study, diagnose and exchange information.

What are the 5 DSM categories?

In this brief guide we answered the question ‘’Can neuroscience be integrated into the dsm-V?’’ We explained what the DSM-V is, how it is used by mental health professionals and what is the scope of neuroscience to place the bases of mental disorders on brain factors.