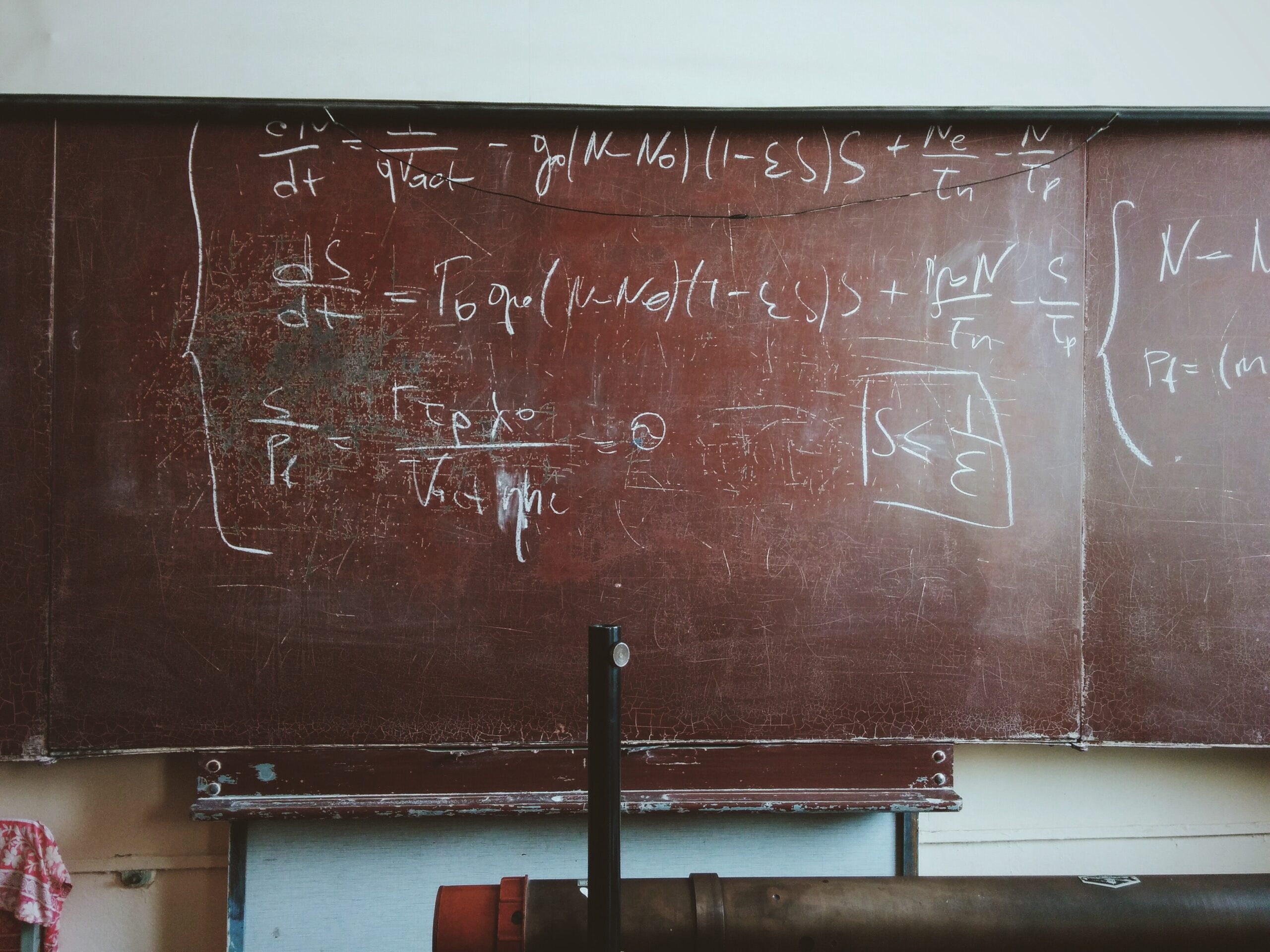 In this brief guide we are going to answer the question ‘’Can I be a physicist if I am bad at math? ” Let’s dismantle the myth of “being bad at math” and find out if you can still be a physicist.

Can I be a physicist if I am bad at math?

Yes, you can be a physicist if you are bad at math. But, you need to reinforce your math skills to get far in physics.

Do you think you are bad at math? Don’t you dare to study physics for fear of failing? Answer your questions here and decide your career path.

This is the question that hundreds of young people ask themselves when choosing a career, however beyond an apparent “lack of skills” there are multiple issues that are not limiting to study engineering.

As a welcome to this section of the blog, the reader is invited to give mathematics a chance because as the great Richard Feynman says:

“Right. I don’t believe in the idea that there are a few peculiar people capable of understanding math, and the rest of the world is normal. Math is a human discovery, and it’s no more complicated than humans can understand.’’

There are several reasons why a student who is brilliant in other areas is bad at math. It can be lack of motivation, problems with attention and even anxiety problems, but anyone who is well trained and motivated can be good at any branch of mathematics.

Now, answering this question depends on several factors, first we must resolve the issue of believing we’re actually “bad at math.” When talking about this topic we may be suffering from some of these problems:

Why am I bad at math?

Sometimes being “bad at math” is being scared of them

How many times has it happened to you that when you take an algebra, trigonometry or calculus exam, you start to get nervous? Maybe your hands are sweaty, your heart starts to beat faster, or you even feel a hole in your stomach.

As a student, tests can be scary, and math can lead to anxiety or stressful episodes, especially when we think about the chances of failure. This causes that when thinking about arithmetic or algebra we are afraid to face them because we believe that we are not good at doing it.

However, the more anxiety they cause us, the effect will intensify and the worse we will develop, reaffirming our false beliefs. It’s necessary to get out of the circle and show ourselves that the limitation is in our mind and it is fear, not a lack of skills.

We don’t have firm basis

Our professional training begins at a young age and if from the beginning we do not have someone to help us establish good foundations, it may be that when studying differential calculus, the problems are quite notorious.

1. Different children with different levels of preparation enter a math class. Some of these children have parents who have guided them to study math from a young age, while others never had that kind of influence from their parents.

3. Unprepared children, unaware that the best scores were from others who were well prepared, assume that genetic ability determines differences in performance.

So they decide that they are “just not math people,” they don’t push themselves in the upcoming classes and eventually fall behind in front of their classmates.

4. Children who are well prepared, unaware that the other students simply did not have enough knowledge, assume that they have a “mathematical mind”, and work hard in the future, consolidating their advantage.

However, everything has a solution. It’s possible to solve simple arithmetic and mathematics problems, having the help of someone to advise us and take us step by step until we have a solid foundation.

We don’t know how to study properly

Studying can be very similar to training or playing a sport. With a poor training technique, it’s likely that we will not achieve the desired results, it may even be that we fear or anxiety to continue training. However, if we approach someone experienced, who helps us to maintain an adequate study technique, we are likely to have good results.

Although it may also be that we are not as skilled as other classmates, however, not having a natural talent doesn’t mean we cannot work to develop it. In many cases, being “bad at math” can be worked on through effort and dedication.

What is a physicist?

Physics is the field of Science that specializes in the study of matter, its movement and behavior in time and space. For their part, Physicists focus on energy and strength; in fact, a common goal among professionals in the area is to know how the universe works.

These professionals are divided into two vast categories: Experimental Physicists, who are dedicated to the observation, analysis and interpretation of physical phenomena, as well as conducting experiments; and Theoretical Physicists, who use mathematical models and simulations to understand, explain, and predict natural phenomena.

As it happens in the different branches of Sciences, within the world of Physics there are various subcategories that go beyond Experimental and Theoretical; the preference for one or the other depends on the area of the subject to study, which may belong to the specializations of Thermodynamic, Nuclear, Quantum and Astrophysical Physics.

In general, Physicists work for one of the following sectors: educational centers, laboratories or in the private sector.

Those professionals dedicated to the academy usually carry out research in favor of the advancement of science and human knowledge or, on the other hand, they teach classes.

Likewise, in the laboratories, whether public or private, research services are provided for military and environmental purposes; while in the private sector, these professionals play the role of technology developers for companies and factories.

What do I need to become a physicist?

To become physical, you need:

Advanced knowledge of Physics, Mathematics and the scientific method:

If you want to study physics and you think you are “bad” at math, there are certain elements that you should not lose sight of:

1. There is no engineering that doesn’t have mathematical bases

For engineering, having math skills is essential, as it lays the foundation for learning and developing other skills. For this reason, in the study plans you will find that subjects related to calculus and logic are common.

2. But, if you are convinced that you can do it, do it

If you think you are “bad at math” but you are passionate about robotics or you actually see yourself become a civil engineer, fulfill your dream! Go for what you are convinced is for you and stick with your goal. Don’t take your eyes off the goal, until you get there.

3. Your effort will be worth it

Yes, it’s a fact that it will be hard and it may be the biggest fight you will carry out in your life, but in the end, knowing that you are a Physicist even though you were “bad at math” will be one of the sweetest victories.

So, can I be a physicist if I am bad at math?

It’s important to study hard, of course, as in any career, but don’t think that the Physics career is exclusively for geeks. There are very few geniuses, but most physicists are just normal people who like this branch of Science.

Forget what you have seen in the movies or on television. Of course there are a couple of Sheldon Coopers, but, most are “normal” people who simply have a brain, some furniture inside and a lot of desire to use it.

So don’t think that you can’t be a physicist – as you would like – because you’re not good at Mathematics. They are going to teach you in the faculty. The important thing to be a physicist is that you like to “build” ideas that will result from creativity (fantasy, imagination, intuition and the ability to evaluate the importance of the unknown).

The physical-mathematical sciences are a magnificent tool that can be learned to use correctly much more easily than to use creativity, which dies if you try to mathematize it. Let the powers of the mind fly and, if your vocation is to be a physicist, don’t hesitate to start the adventure of becoming one.

You will like it very much and you will feel useful. The most important thing is that you have a vocation to be a physicist and nobody knows that better than yourself.

FAQS: Can I be a physicist if I am bad at math?

Do you have to be good at math to be a physicist?

You need to be good at math while studying physics. Since all physical sciences require knowledge of algebra, arithmetic and calculus, etc.

What type of math do physicists use?

Physicists use almost all types of mathematics, including geometry, differential equations, linear, and lie algebra.

Can I be an engineer if I am bad at physics?

If you are very bad (F) at physics, you will not be able to succeed in engineering.

What should I major in if I’m bad at math?

How smart do you have to be to be a physicist?

To be a physicist you must have basic skills and knowledge on the subject, you don’t necessarily have to have a great deal of ”Intelligence”.