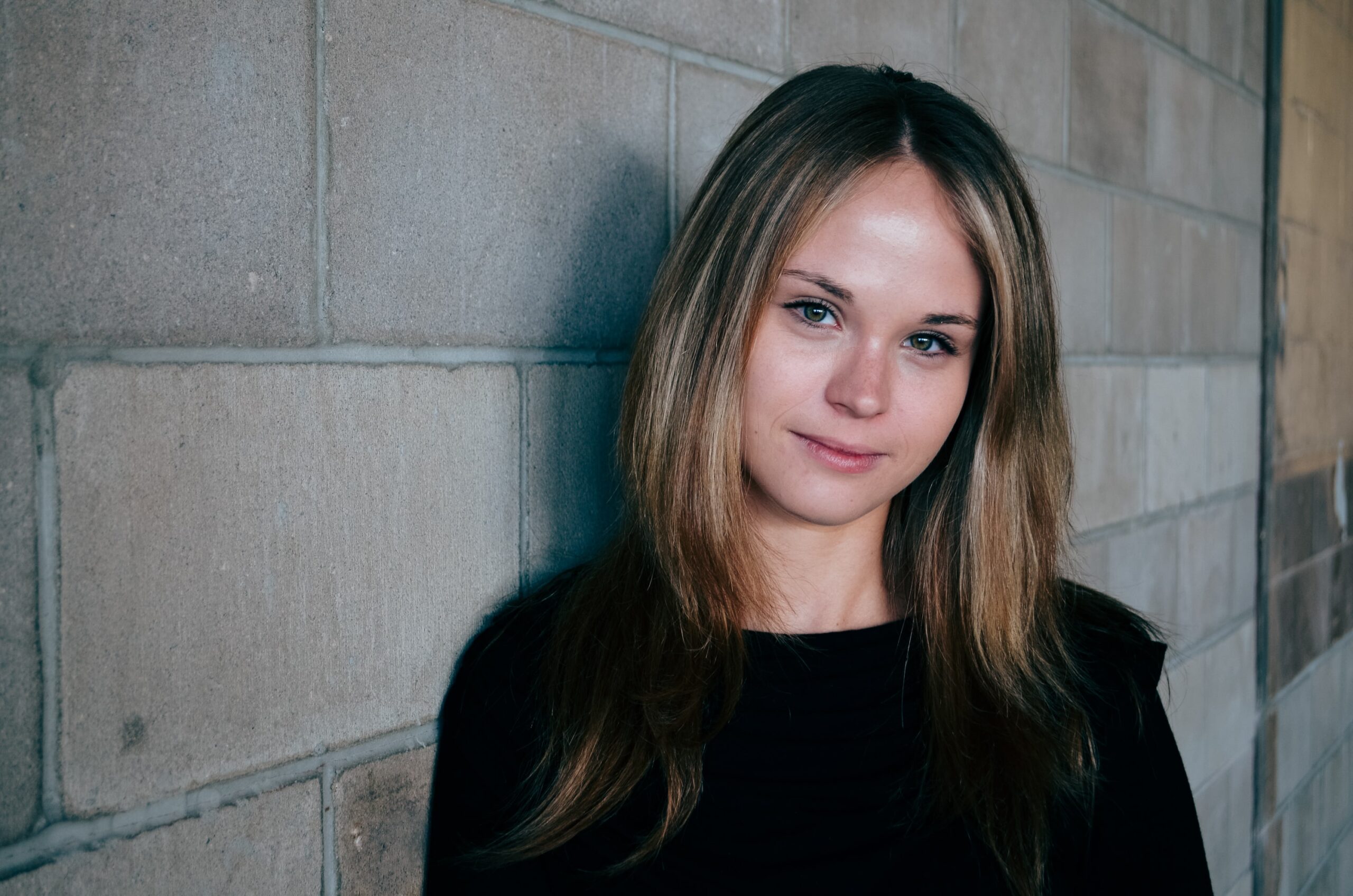 In this brief guide we are going to answer the question ‘’Can a person live without a brain?’’ Let’s discover how much humans need the brain.

Can a person live without a brain?

No, a person can’t live without a brain since it’s the organ in charge of vital functions such as breathing and heart pulses.

Anencephaly is the total or partial absence of the brain. A defect during the baby’s formation on pregnancy, incompatible with life. When a baby born with this diagnosis might survive only a few hours to a few days after birth.

Exist reported cases like a Chinese woman in 2014 who was born without a cerebellum (responsible for performing voluntary muscle movements), nevertheless, this didn’t prevent the woman from living a normal life; she graduate from college, got married and had a child, so pushing us back to our main question which is “Can we live without a brain?”.

Currently, there are several medical cases of people who have survived for years without vital parts of our brain showing that it is possible to live without parts of our brain, although there are not many cases due to the complications that these pathologies entail.

Babies born without a brain?

This abnormality is a birth defect that affects the tissue that develops in the brain and spinal cord known as anencephaly, this issue occurs early in the development of a fetus. It occurs when the upper portion of the neural tube fails to close during the first few weeks of embryonic development. The exact cause is still unclear.

How frequently Babies born ‘‘without a brain’’?

Anencephaly is one of the most common neural tube abnormalities. Anencephaly can appear 1 in 1,000 childbirth approximately.

How long can a baby live ‘‘without a brain’’?

Babies born with a complete absence of a brain are usually stillborn or die shortly after.

25% of children with anencephaly who reach term of pregnancy die during childbirth. 50% have an average lifespan of a few minutes to a day, 25% live up to 10 days.

How babies ‘‘without a brain’’ are detected?

Anencephaly can be diagnosed during pregnancy or after the baby was born.

Is there treatment for babies ‘‘without a brain’’?

There is no cure or standard treatment for anencephaly for the moment.

Can a person live a normal life with a half a brain?

It seems impossible, but the truth is that a human can live without half of his brain, having a normal life as the rest of people with both cerebral hemispheres.

Hemispherectomy is the technical name for the surgical removal of a cerebral hemisphere, few dozens of people have undergone this type of surgery with good results. To carry out a Hemispherectomy the person must develop a disease during childhood such as Rasmussen’s encephalitis syndrome and it is because until now there is no known disease or pathology that makes humans born without a hemisphere of the brain.

Rasmussen’s encephalitis syndrome is a disease that causes the destruction of one side of the brain. And that was the case of Jodie Miller a girl of three years old, the doctors thought the solutions were the hemispherectomy removing her left side a big risk because doctors knew there were possibilities that Jodie awoke paralyzed on her body’s left side, however, children’s brain has an advantage than adults’ brain don’t have, that is ‘’brain plasticity’’.

Brain plasticity makes reference to the brain’s ability to adapt and change as an experience result. That meant that Jodie could develop amazing abilities to rewire the right hemisphere of her brain working as a normal brain. Jodie’s surgery was successful; she had to assist to physical therapy sessions, but currently Jodie is a married woman with a normal and independent life.

Can we live without cerebellum?

Cerebellar Agenesis is the term applied to a rare condition, in which the brain develops with the absence of the cerebellum, so yes, it is not impossible to live without a cerebellum however, the cause of this disease remains unknown.

Damage on Cerebellum means that a person will develop issues with the control and coordination of muscle but people diagnosed with cerebellar agenesis can walk, speak and write. making it a challenging and controversial understanding of how is this possible. Neurologists said that ‘’the brain’s ability to change and adapt according to its circumstances is amazing and continues in study’’.

People with Cerebellar agenesis have a fulfilling normal life?

People with this pathology tend to adapt to it fairly well. The first reported case of this illness was in 1831 and the last reported was in 2014 and the majority of them walk, write and speak, although are in a clumsy way, anyway still been a challenge they will probably need physical therapy sessions for years to try to have a normal life as much as possible.

People with this illness might need a cane for a walk, the speak and writing tend to be slow and a little difficult. Riding a bike and driving is a big challenge because those actions imply a high level of coordination, however, that’s not the case of all them, some people can have a normal life without any problem or without physical session.

Can we live with water on the brain?

Hydrocephalus is the scientific term of ‘’water on brain’’ is an abnormal accumulation of cerebrospinal fluid (CSF) in the cavities (ventricles) of the brain.

Does ‘’water in the brain’’ affect memory and reasoning?

In young adults and ancient over 60 years of age and older, a common sign and symptom is progressive loss of memory and thinking or reasoning.

What is the main cause of hydrocephalus?

Hydrocephalus is caused by an imbalance between the amount of cerebrospinal fluid that is produced and the amount that is absorbed into the bloodstream.

Too much cerebrospinal fluid in the ventricles occurs for the following reasons;

In many cases, the exact cause of hydrocephalus is unknown. However, various health or developmental problems can contribute to developing hydrocephalus.

Hydrocephalus present at birth (congenital) or shortly after birth can occur due to any of the following factors:

Can a person live with brain-stem damage?

No, it’s not possible for humans to live with brain-stem damage.

The brainstem is the nerve structure found in the posterior cerebral fossa.

It is the major path of communication between the forebrain, spinal cord, and peripheral nerves. It also controls various functions including breathing, heart rate regulation, and primary aspects of sound localization.

The brain stem takes care of all the functions necessary for the body to be alive, such as breathing, digesting food, and blood circulation.

Once the brain-stem is damaged the result will be loss of consciousness, coma and paralysis. A victim of brain-stem damage can even be in a vegetative state for life, or death can suddenly occur from heart and lung failure as a result.

FAQSs: Can a person live without a brain?

Brain death is the irreversible loss of brain activity. As a result, the patient is unable to breathe or maintain any vital function without an artificial life support machine permanently losing all consciousness and capacity for thought.

Has anyone ever recovered from brain death?

No, scientifically nobody can recover from brain death, once brain death occurs all the tissue of whole brain death. If a patient is decelerated with death-brain that means has died.

Is it possible to have a normal life with your brain exposed?

Yes, it’s possible to live with a brain’s exposition but not for too long. A brain without its cranial cavity becomes vulnerable to die by infections, desiccations or traumas.

Are death brain and coma the same?

No, death brain and coma are not the same. Brain death is person death with no chance for revival instead coma is a person that’s still alive but is unconscious.

How long does a brain survive after death?

The human brain can survive a few minutes after the heart stops beating. Specifically, ten minutes is the time that the brain lives after the death of the body. Brain activity is maintained after a patient has been declared dead according to various scientific studies.

In this brief guide we answered the question ‘’Can a person live without a brain?’’ And discovered how much humans need the brain.

‌What Does The Cerebellum Do And Can You Live Without It? – Mindvalley Blog. (2018, December 19). Retrieved September 17, 2020, from Mindvalley Blog website: https://blog.mindvalley.com/what-does-the-cerebellum-do/‌