In this brief guide we are going to answer the question ‘’Can a brain function without a heart?” we will navigate between the traditional idea of ”death” and the real ”brain death”.

Can a brain function without a heart?

Yes, a brain can still function without a heart but just for a few minutes. While little by little the neurons of the brain die completely, approximately 5 to 10 minutes.

Brain and heart have a symbiotic relationship, they cannot live without each other. The heart brings blood with oxygen and nutrients to the brain to perform its fabulous function as one of the most complex structures in the universe.

The brain supplies nervous impulses to the heart through nerve signals that transmit functions, such as increasing the heart rate, or communicating moods, such as anger, depression, hostility, euphoria, or joy. This has caused the heart to become, throughout the history of humanity, the seat of emotions.

The communication routes between these two vital organs are blood and nerves. Neurotransmitter chemical molecules, such as cytokines, travel through the blood with bidirectional messages between the brain and the heart.

They communicate through the nervous system, specifically autonomic nervous system, which is in charge of regulating involuntary bodily functions, such as heart rate or respiration.

The conversation between these two friendly and inseparable systems is very fluid and a problem suffered by one of them will affect the other immediately. A stroke will change heart function, and a heart rhythm disturbance, such as an arrhythmia called atrial fibrillation, can affect blood flow or form clots that impact the brain.

What dies first, brain or heart?

When does the brain die? For centuries death was considered when the heart stopped beating and breathing stopped.

From a medical point of view, the time of death is defined as the moment when the heart stops beating, and therefore the blood flow to the brain stops. During an attack, the first to fail is the heart muscle that stops pumping blood.

“Despite the loss of consciousness and the absence of life signs, internally the brain shows a sustained and organized activity and greater communication with the heart, which can be interpreted as an effort to save the heart”, says the author Principal of the study, Jimo Borjigin, associate professor of Neurology and associate professor of Molecular and Integrative Physiology.

However, near-death signaling from the brain can, in fact, accelerate cardiac death, according to the study published in Proceedings of the National Academy of Sciences. The authors, experts in engineering, neuroscience, physiology, cardiology, chemistry and pharmacology, looked at the mechanism by which the heart of a healthy person stops working within minutes without oxygen. 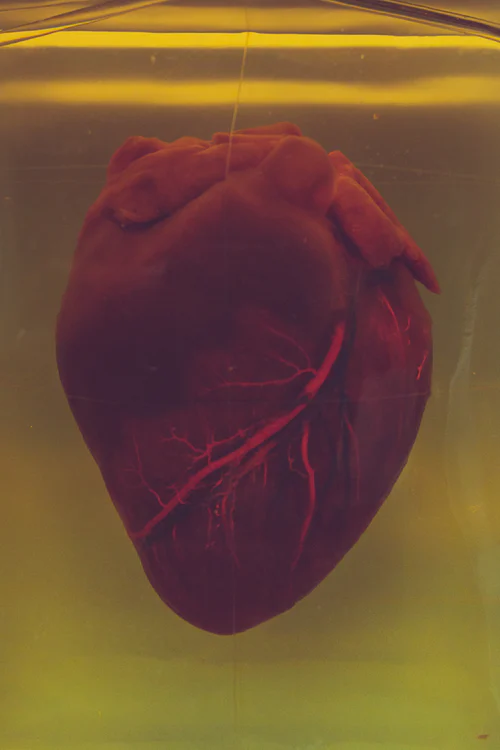 On this issue it’s crucial to define what death is. No matter what caused it, an accident, a hemorrhage, an infection, Parnia points out that all people die from an (cardiac) arrest, which is not the same as a heart attack (the obstruction of a cardiac artery that may or may not kill the patient).

At that moment the heart stops pumping blood, the vital organs stop working, the pupils dilate, the person doesn’t breathe and the brain doesn’t receive any more oxygen. A straight line appears on the monitors. Then the doctors throw themselves on the patient’s chest and apply all the resources of cardiopulmonary resuscitation so the heart beats again.

This effort lasts up to ten minutes, since doing it for longer presents the risk of reviving someone with brain damage due to the lack of oxygen in the brain. So if none of those attempts work, doctors declare the person dead.

Subsequently, the cerebral cortex goes down instantly, meaning that no visible brain waves are produced on a monitor for about 20 seconds.

One of the frequently asked questions among scientists, and surely many people in general, is what happens to our brain in the moments before death. A group of researchers has managed to answer that question: a wave of electrical activity called “extended depression’’.

A team of neurologists from the Charité-Universitätsmedizin Berlin, one of the biggest hospitals in Europe, monitored the electrical signals in the brains of nine people while they died.  Each of the patients in the German capital had suffered fatal brain injuries and the doctors had orders to “don’t resuscitate” them.

The scientists hoped that by implanting electrodes in the brains of their test subjects they could uncover the exact timing and mechanisms of death. They found that even five minutes after a person’s heart stops beating, their neurons could still function.

In addition, it was discovered how a wave of “expansive depression” marked the moment when these brain cells shut down, just before an irreversible end. The study’s lead author, Dr. Jens Dreier, explained that “after circulatory arrest, diffusion of depolarization marks the loss of stored electrochemical energy in neurons and the appearance of toxic processes that eventually lead to death.”

Cells die when blood stops flowing, depriving them of the oxygen they need as fuel to function. When this happens, brain cells draw on energy reserves for a few minutes before they shut down completely – this happens when the mechanisms neurons use to keep ions apart begin to fail.

Breaking down the barriers between these particles releases a massive amount of electrochemical energy into the brain as neurons frantically try to consume fuel. This process, known as spreading depolarization, is characterized by hyperactivity in neurons, followed by sudden silence. However, it only marks the final countdown to death.

The debate remains ”How much exactly?’ ‘One last ‘wave’ of energy seems to mark the point where neurons fire for the last time, although the research team said it can still be an unreliable marker for death.

So, when does the brain die?

Right, so we already know the time of death is defined as the moment when the heart stops beating, and therefore the blood flow to the brain stops. Then, the cerebral cortex reduces its activity immediately, which means that no visible brain waves are produced on a monitor for about 20 seconds.

This first reaction starts a chain of cellular processes that results in brain death. However, according to Dr. Parnia, it can take can hours to brain death since the heart stops working.

Proof of this is a study carried out by researchers at the University of Michigan in 2013. Nine anesthetized rats were induced to cardiac arrest and, after resuscitation, the researchers detected patterns of activity in the brain related to a status of “hyper alert”.

And more recently, in 2017, a group of intensive care unit doctors in Canada found persistent brain activity for up to ten minutes in a terminal patient who was turned off life support.

Cardiopulmonary resuscitation sends some blood to the brain, ‘’CPR sends about 15% of what it requires to function normally,” according to the doctor. Enough to slow the death of brain cells, but not enough to make it work again.

“If you can restart the heart, which is what CPR tries to do, little by little you will achieve brain work again. The longer you do CPR, the neurons continue to die, only at a slower rate”, explain.

Now, can a brain work without a heart?

The body dies, but the brain lives on. This is one of the conclusions of Dr. Sam Parnia’s research. Sam Parnia, leader of the project called “Resuscitation” at the State University of New York. Once the heart stops beating and the body no longer responds, the brain continues to record what is happening around it, like it was trapped alive in a dead body.

Parnia studies consciousness after death by examining heart attack cases in the United States and Europe. According to their findings, those who have been resuscitated after cardiac arrest can accurately describe what happened minutes after their heart stops beating: the work of doctors and nurses, their conversations, their movements, details that they couldn’t know if their brain didn’t continue alive after death.

Parnia just has discovered that a person who has just died is basically trapped inside a dead body, but is aware of what is happening because his brain continues to function, even for a few minutes. And in those minutes, he knows that he just died.

Parnia’s goal is not to explain the debated issue of what happens after death, his actual goal is to improve the quality of resuscitation in hospitals and prevent brain injury while heart function is restored.

Even though the study doesn’t have a direct effect on patients today, it may lead to better diagnostic and treatment procedures in the future. The findings may be helpful in developing strategies for treating cardiac arrest and strokes.

It can also add insights into the organ donation debate after a cardiac death, declared between two and ten minutes after the heart stops beating.

It’s amazing how the heart and the brain are literally the vital organs. We know that to give rise to life, everything goes through hundreds of processes at once. That’s why death is not immediate, and our body is perfectly designed to try to survive even for a few minutes.

Is the brain really the perfect organ?

FAQS: Can a brain function without a heart?

Can the brain work without the heart?

The human brain, like many other body parts, doesn’t stop working immediately after the heart stops beating and may still function for up to 5-10 minutes afterward.

How long can the heart survive without the brain?

A healthy person’s heart stops working within minutes without oxygen. Nothing can keep the heart beating indefinitely once brain death occurs.

Can one live without heart?

We can live without a real heart for a while thanks to a device called the Total Artificial Heart.

How long can your heart stop before brain damage?

Before brain damage, the heart may stop 5 to 10 minutes earlier.

Can a brain dead person be revived?

No, a dead brain can’t be revived. Although it’s confusing, since life support allows the heart beating. But they will never regain consciousness again.

In this brief guide we answered the question ‘’Can a brain function without a heart?” we navigated between the traditional idea of ”death” and the real ”brain death”.

Nikas, Nikolas T.; Bordlee, Dorinda C.; Moreira, Madeline. “Determination of Death and the Dead Donor Rule: A Survey of the Current Law on Brain Death.” The Journal of Medicine and Philosophy. 2016 June.