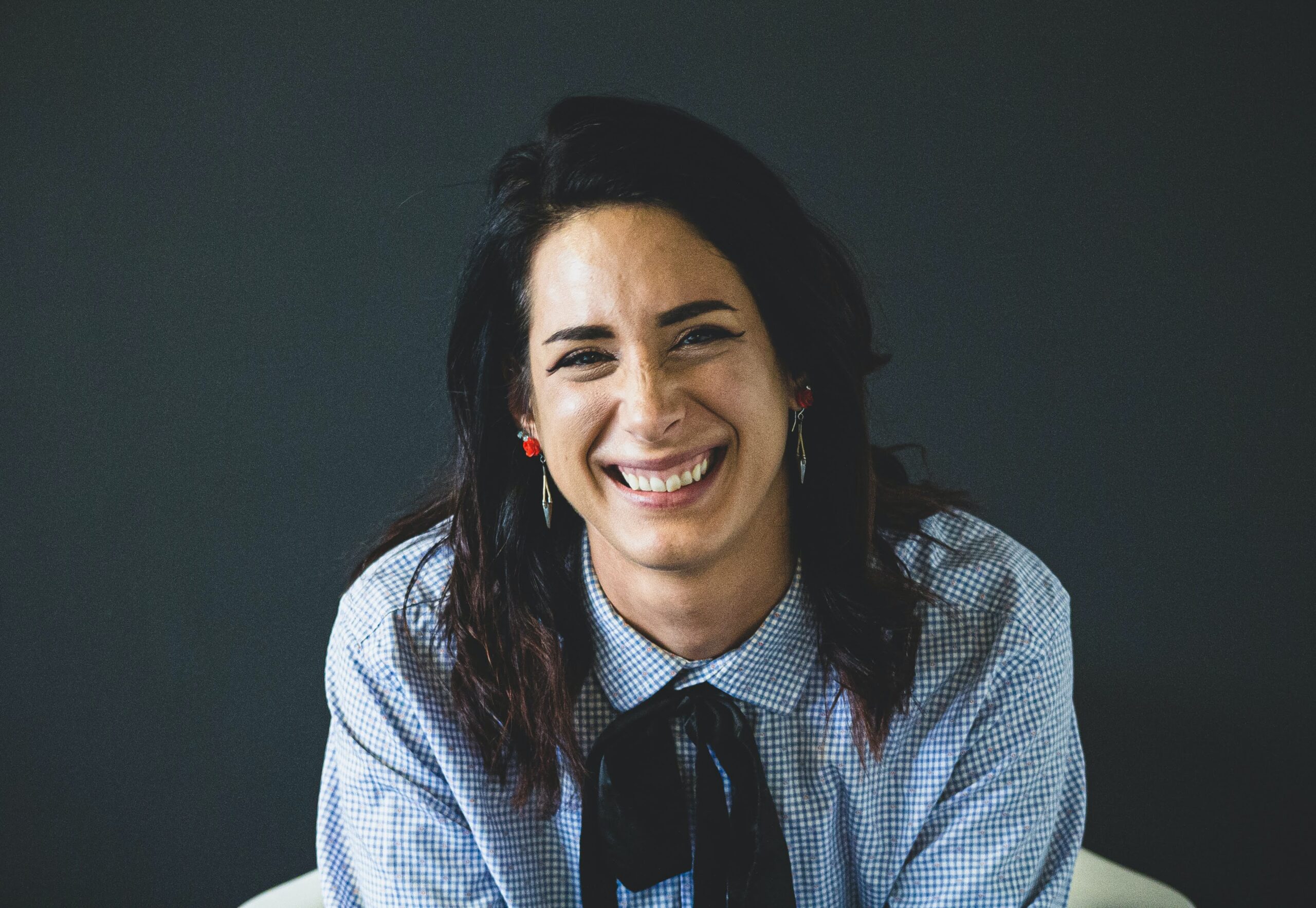 In this brief guide we are going to answer the question ‘’Are psychology and neuroscience related?’’ indicating the points in common and the contributions of neurosciences in psychology.

Are psychology and neuroscience related?

Yes, psychology and neuroscience are related. Neurosciences provides all kinds of relevant knowledge about how processes studied by psychology occur, such as memorization, conscious thoughts, emotions, etc.

Is neuroscience the future or end of psychology? is the question that Dr. David Ludden asked himself.

Psychology has always been fascinating. Dr. Gregg Henriques explained that “Human psychology resides “between” the psychological/mental and social/cultural dimensions.”

It’s exactly there where my curiosity has always been stimulated: how the mind shapes our social actions and builds culture, the relationship between the individual and the collective.

And then neuroscience appears, which within its multiple fields of action and its link with other disciplines, has had meeting points with psychology. The relationship between the brain, as a biological and physical element, with the mind, as an abstract element.

The mind needs the brain to exist. Then other approaches appear, asking if the study of the brain can then unravel the mysteries of the mind.

Dr. Ludden is Professor of Psychology at Georgia Gwinnett College and has a Ph.D. in Cognitive Psychology.

Thanks to the development of brain imaging techniques, such as functional magnetic resonance imaging (fMRI) we have learned more about the functioning of the brain in recent decades than in almost all of human history.

Dr. Seth Schwartz claims that great advances in understanding  how the brain works have made neuroscience the dominant field in psychology. Articles that include the term “neuro” in the title have increased exponentially.

Schwartz and his colleagues conducted an informal survey of job postings in APA Monitor, the journal of the American Psychological Association. They found that about half of the job descriptions included the word “neuroscience” or some related term. “It seems that neurosciences are the future of psychology,” concludes Ludden.

Although at present Psychology continues to be conceived as the science that studies human behavior, over time internal subjective processes such as cognitions, thoughts, emotions and cognitive processes were inserted both at the individual level (intersubject) and at the collective level (within-subject), leading to the transformation of what Psychology currently is.

Psychology is an increasingly relevant and attractive scientific discipline. Its main asset is dealing with ourselves, with the nature of the human mind and behavior, from which we can understand all the other things in our world.

There was a time when it was stuck in the classical knowledge of mental processes inherited from philosophy, but today it has gained fresh impetus as a scientific discipline and its role is increasingly relevant and requested in different social, educational and clinical fields, in which it intervenes.

Psychologists seek to explain how we perceive, learn, remember, solve problems, communicate, feel, from birth to death, in intimate relationships and in groups.

They try to understand, measure and explain the nature of intelligence, motivation, and personality, as well as individual and group differences. Psychologists can focus on mental and emotional disorders, personal and social problems, psychotherapy, or improve morale, and group relationships.

Neurosciences provides all kinds of relevant knowledge about how processes studied by psychology occur, such as memorization, conscious thoughts, emotions, etc. in addition to shedding light on the causes of certain mental pathologies.

That’s why the dialogue between psychology and neuroscience is rich and constant, which favors the creation of interdisciplinary teams that study different phenomena related to the brain from different points of view.

Neuroscience tells us about processes that explain, at least in part, many psychological phenomena. Its study helps to understand how the brain, our senses and the structures of our body works allowing the existence of moods and feelings.

The goal of relating the brain to the mind is the task of cognitive neuroscience. It’s a mix between neuroscience and cognitive psychology.

Cognitive psychology deals with the knowledge of higher functions such as memory, language or attention. So, the main goal of cognitive neuroscience is to relate brain function to our cognitive abilities and behaviors.

The development of new techniques has been of great help in this field to carry out experimental studies. Neuroimaging studies have facilitated the task of relating specific structures with different functions, using a very useful tool for this purpose: functional magnetic resonance imaging (fMRI).

Can psychological processes be reduced to brain functions?

Apparently it depends on which approach to reductionism you appeal to. Ludden explains that from the position of constitutive reductionism, the brain produces all mental processes.

In other words, the mind is a product of the brain, rather than a separate entity, like the soul. The consensus from experimental psychology is that this is the appropriate position on the mind-body problem.

This statement, that the mind is nothing other than brain activity, corresponds to a second position, from the eliminative reductionism. This would imply that complete knowledge of the brain would be the only thing that would be needed to explain human behavior.

From this perspective, we could eventually have a totally complete understanding of the brain. In the future there could be such an accurate brain scanner that it could read every thought the brain would produce in real time.

Before you panic, because this sounds more than dangerous, you should know that many psychologists and neuroscientists are skeptical of this prospect. Because while they agree that the mind is a product of the brain, they don’t believe that the mind can be reduced to “simple” brain processes.

The mind as an “emergent phenomenon”

The reason these researchers don’t believe that the mind can be reduced to brain processes is due to a philosophical phenomenon known as “emergence’’.

Examples of this phenomenon abound in the natural world. For example water, there is nothing in the characteristics of hydrogen and oxygen (two gases) that could help to logically predict that when they mix they would form a liquid.

The cells that make up living organisms are a collection of chemicals, none of which is alive. But through complex interactions of these inanimate chemicals, life emerges.

The same is true of the brain and mind. None of the billions of neurons that make up the brain is conscious. And yet, in that complex exchange of chemical and electrical signals, consciousness arises.

The role of neuroscience in psychology

The latest advance in psychology has been provided by functional neuroimaging techniques, capable of revealing the parts of the brain that are activated when our senses work, when we learn or remember, when we are motivated or excited, when we move or when we are conscious.

As an intruder into our subjective intimacy, these techniques somehow undress our supreme organ without damaging it and show us its interiority.

But they would be of little (or no use) to us to understand the human mind and behavior if we didn’t know first how neurons work and organize, how they have evolved, how they develop in the brain, how genes or hormones determine and influence them.

A good example is the recent discovery by the Salk Institute for Biological Studies in La Jolla (California), of portions of brain DNA (retrotransposons), similar to those also observed in the immune system, which could explain the neuronal diversity that makes each person unique.

Neurosciences don’t try to replace but rather to complement the best of that traditional psychology to biological knowledge.

Neuroscience and psychology, rivals or allies?

Today the psychologist talks one-to-one with professionals from other disciplines, such as biology or medicine, which often surpasses specific knowledge.The days when he was a mere second-level assistant or complement to other professionals are being left behind.

Also in the social and educational areas, the biological training of psychologists has reinforced their prestige and capacity by now having more and better knowledge about how the brain learns and remembers or about the keys to behavior and social intelligence.

An essential strategy to survive as a discipline requires protection from the ‘neuro’ avalanche. You cannot turn your back on advances in neuroscience, of course, but you must keep one foot firmly grounded in the ‘social’ arena.

Neuroscience complements, but doesn’t substitute. Underlining this idea requires being careful with the professors who are hired and with the research that is funded. Hiring and financing shouldn’t exclude the study of psychological processes to unilaterally favor the study of neurological processes. The inclusive nature of Psychology must be reflected in that philosophy.

In short, psychologists are scared. It’s understandable, but it’s not new. The idea is to understand that both disciplines complement each other.

FAQS: Are psychology and neuroscience related?

What is the relationship between neuroscience and cognitive psychology?

Which branch of psychology would neuroscience relate most to?

Is neuroscience a biology or a psychologist?

Neuroscience was considered a branch of biology. Currently is considered a science related to other very diverse disciplines such as mathematics, computing, psychology and medicine.

What is the difference between cognitive psychology and neuroscience?

What is the aim of cognitive neuroscience?

In this brief guide we are answered the question ‘’Are psychology and neuroscience related?’’ indicating the points in common and the contributions of neurosciences in psychology.