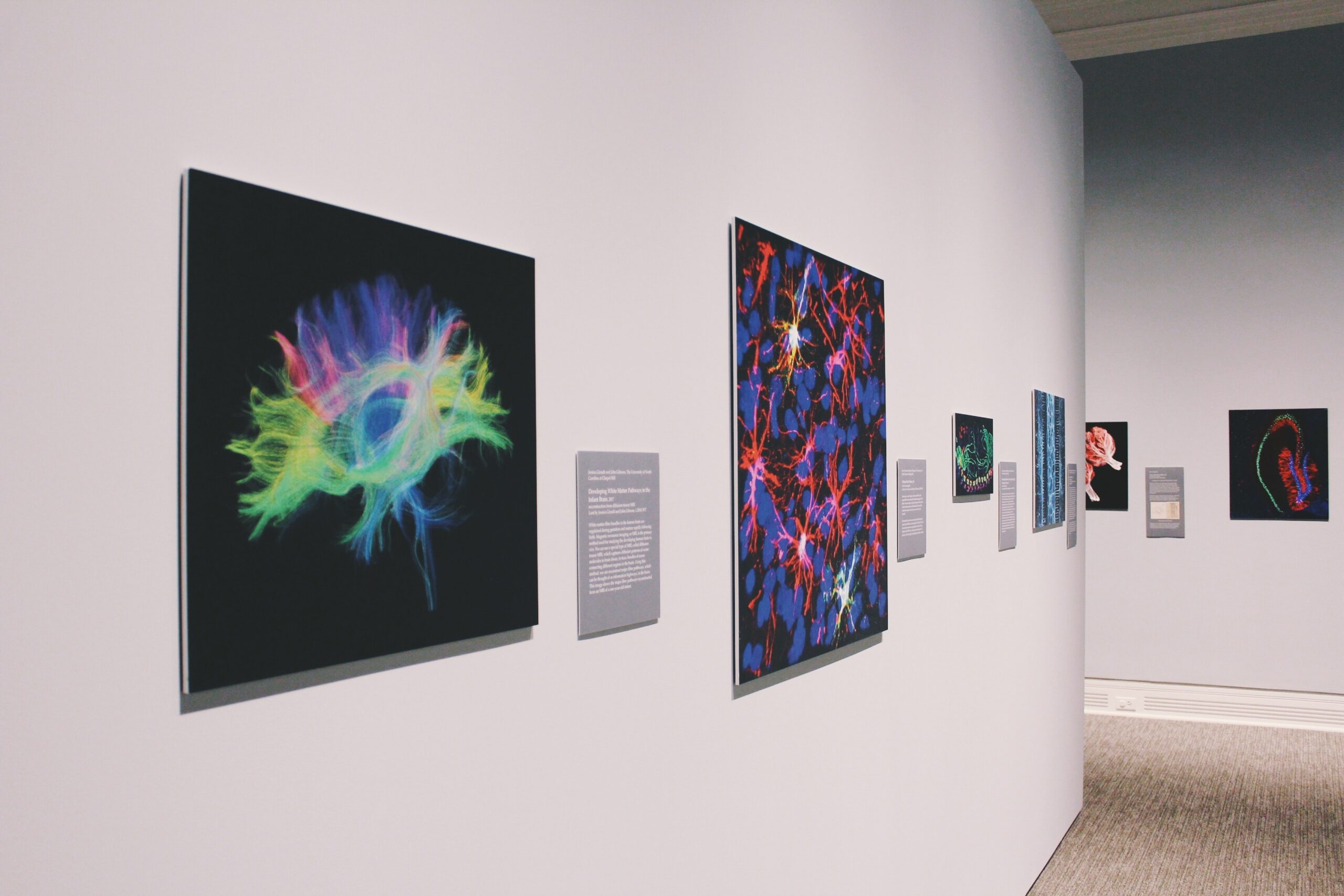 Thinking of pursuing a major in neuroscience? But… How hard is it?

Yes, neuroscience classes are difficult as they include a lot of memorization and terminology, plus core classes are hard sciences like math, chemistry, and biology. But in reality, it doesn’t mean that it is impossible, this can vary in the abilities of each person.

Neuroscience is the study of the biological basis and behavioral implications, focusing in particular on the role of the nervous system in these mechanisms.

The field has developed as part of the exponential increasing interest in brain biology and its contribution to the understanding and treatment of neurological and psychiatric disorders over the past three decades.

In addition to both introductory and advanced courses in neuroscience, the neuroscience major offers a wide and demanding sequence of courses in biological sciences, chemistry, mathematics, and physics.

Majors will be able to apply the applicable sections of these courses to issues related to nervous system function with a strong base in natural science. For initial research projects that they undertake in conjunction with the faculty, students have the chance to earn course credit.

The low density of the upper-level courses and the ability to work closely in research laboratories with individual faculty members allow stronger relationships between students and faculty than are often seen in larger departments.

In order to pursue a career in medicine, many students select a bachelor’s degree in neuroscience. It also prepares students for: careers in health-related fields such as dentistry, optometry, pharmacy, public health, etc. 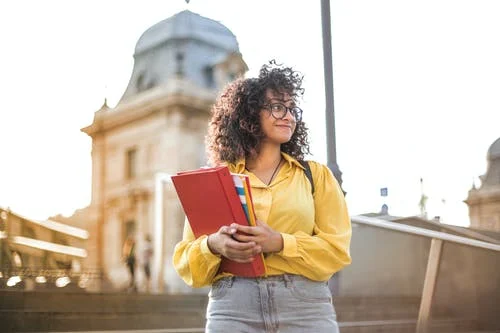 Neuroscience core courses have a clear context in the study of brain-related behavior. Students are then required to select a selection of electives that will lead them to a wide understanding of the field of neuroscience, as well as methods used to research the brain by neuroscientists. The list of electives is intended to be adaptive.

For example, electives in computer science and mathematics that emphasize quantitative methods could be chosen based on one’s interests and potential objectives. A student could choose options that emphasize cell or molecular biology by preference

With chemistry, this subject shares the spotlight. Courses may have various concentrations, such as biology of species, genetics, biology of cells and neurobiology. Cell structure, metabolism, gene expression, and the molecular basis of living organisms are included in the introductory courses.

The propagation of inherited traits in bacteria , viruses and fungi in animals can be studied in a course in genetics. Other subjects are DNA, cancer genetics, population, and genetics of growth.

The program, which introduces students to the study of tissues , cells, and molecules, may also include a biology lab. In neurobiology, neurogenetics, cognitive neuroscience, and animal behavior, you can find specialty laboratories.

The physiological effects, factors regulating stress vulnerability versus resistance, and brain mechanism study are discussed in a course in the neurobiology of stress.

The core curriculum usually includes courses in chemistry. Besides a lab class for both of these, you might have Chemistry I and II. Atomic structure, chemical bonding, molecular structure, thermochemistry, and reaction stoichiometry are studied in general chemistry. The above is a calculation of the quantity of a product that a chemical reaction absorbs or creates.

A chemical laboratory begins to familiarize itself with scientific laboratory procedures, data recording techniques, and reliably perform quantitative measurements. To supplement the organic chemistry research of synthesis and polymers, some programs have an organic chemistry lab.

The focus differs on this science. Just one college-level physics course will be required by one program. Thermodynamics, electricity, mechanics, waves, gravitation, particle dynamics, and relativity may be covered by this content. Including classroom and lab work, many neuroscience programs seem to require eight hours of physics.

For mathematics, students should have a skill. The theory and uses of differential and integral calculus, theorems, and functions are supposed to be studied. Even more calculus studies may involve forms of change rate, graphing, geometry, and exponential development.

In the mathematics vein, a separate class can cover statistical analysis, as well as experimental design, interval estimation, and testing of hypotheses. The analysis of psychological and sociological data is taught through a class in statistical techniques.

Biology and chemistry are two significant subjects of the neuroscience curriculum. In these two topics during high school, potential student students need to take as many courses. By doing so, when taking more advanced courses during year one at college, students would be less likely to fail.

With hold-alone courses in neuroscience and a series of subjects integrated into the electives, it is a broad field. As an example, a class in neuroscience focuses on neuron physiology, brain function, perceptual processes, and neural growth.

You may also have a neurobiology laboratory to experiment with computer simulations which demonstrate how information is interpreted by the central nervous systems.

Computational neuroscience is in itself a discipline. However, a course in neuroscience in quantitative research will introduce students to the mathematical models used in the study of the nervous system ‘s structure, development, and cognitive abilities

So, are neuroscience classes hard?

In high school, students who want to major in neuroscience need to have biology, chemistry, mathematics, and physics as their high marks. The basis of your performance in the neuroscience area is these three sciences.

In these four sciences, your excellent success will ensure your mastery of other subjects, such as physiology, perception, endocrinology, etc. Any one of the former could be part of the program for your bachelor.

Usually, neuroscience majors have a variety of very challenging core courses, such as mathematics, chemistry, biology, psychology, physics, and often other sciences. Some statistics or classes of data analysis often need it. These courses can be some of the hardest intro classes in school at some colleges and universities.

The main classes in neuroscience usually have a large amount of memorising and vocabulary. When you think that many of the other classes you are going to take as prerequisites or part of the core curriculum, including psychology, organic chemistry, genetics, even cell and molecular biology, it can also include a lot of vocabulary to understand.

In the same way, since neuroscience is a new field, the field is rapidly evolving and developing. This means that in your course of study, you will experience state-of-the-art research much earlier than in some other hard-science fields.

It also means that as you understand what the “fundamentals” appear to be, you can find many more items that you can use to where they are interpreted as: “We are not sure of this” Juggling that early-on uncertainty takes a more complex form of thought than is common in classes of intro science.

‘Difficult’ is subjective. I’m sure neuroscience will be incredibly difficult, pretty impossible for many students who are majoring in Literature or Business, but some people may think otherwise.

Things are different for Neuroscience. In life sciences, the material itself is perhaps a little more complex than most other areas, since neuroscience appears to be more abstract, but it’s nothing wild. The challenge, instead, comes from the volume and depth of content.

Each lecture will bring large amounts of really detailed material at you. You’re going to spend time studying through hundreds of slides of powerpoints. You’re lost if you can’t learn quickly enough. You’re ruined if you fall behind.

Success in a major in neuroscience focuses around how easily and precisely you can create a mental map of complex subjects. Exams are explicitly structured instead of just your memorization skills to test your comprehension of the subject.

Neuroscience can also be very interdisciplinary, as others have described, so you can struggle if you only feel comfortable with one field of science.

But, look at it this way! Neuroscience, being interdisciplinary, uses a lot of the content you would be using in the core science courses. This will both make it easier to understand and maintain content from the core courses. The mix will make the load a little less intense than it should be.

And it’s really interesting, or we’ll find it this way, at least. Also the most complex sections of neuroscience, because we all have brains and minds, sound very connected to the natural world, and this makes the subject much easier to understand.   And if the content fascinates you, you’re going to have a lot of incentive to get through the hard moments!

How long does it take to become a neuroscientist?

Since neuroscience is a broad combination of many different subjects, a few different academic paths could be taken by people interested in becoming neuroscientists. The initial step for a neuroscientist is also a four-year bachelor ‘s degree.

Degrees of psychology, neurology, neuropsychology, or psychiatry are all good places to begin. Trying to pursue a neuroscience career often typically includes graduate degrees as well. Many would go on to earn their master’s degrees and doctoral degrees, for example.

Is neuroscience a good career choice?

Neuroscience is also proving to be one of the best-paid academic fields students can pursue at any academic level because of its rapid growth and rising financial resources.

What classes do you take for Neuroscience?

Is Neuroscience harder than psychology?

People accept that neuroscience is much more complicated.Neuroscience encompasses more difficult disciplines, such as mathematics, physics , and chemistry. There is more theory and sociology involved in psychology.

Neuroscience is a huge challenge, but in a specific way it is difficult, and there are other aspects in which it is simpler than other hard sciences. The main classes in neuroscience tend to have a large amount of memorization and terminology.