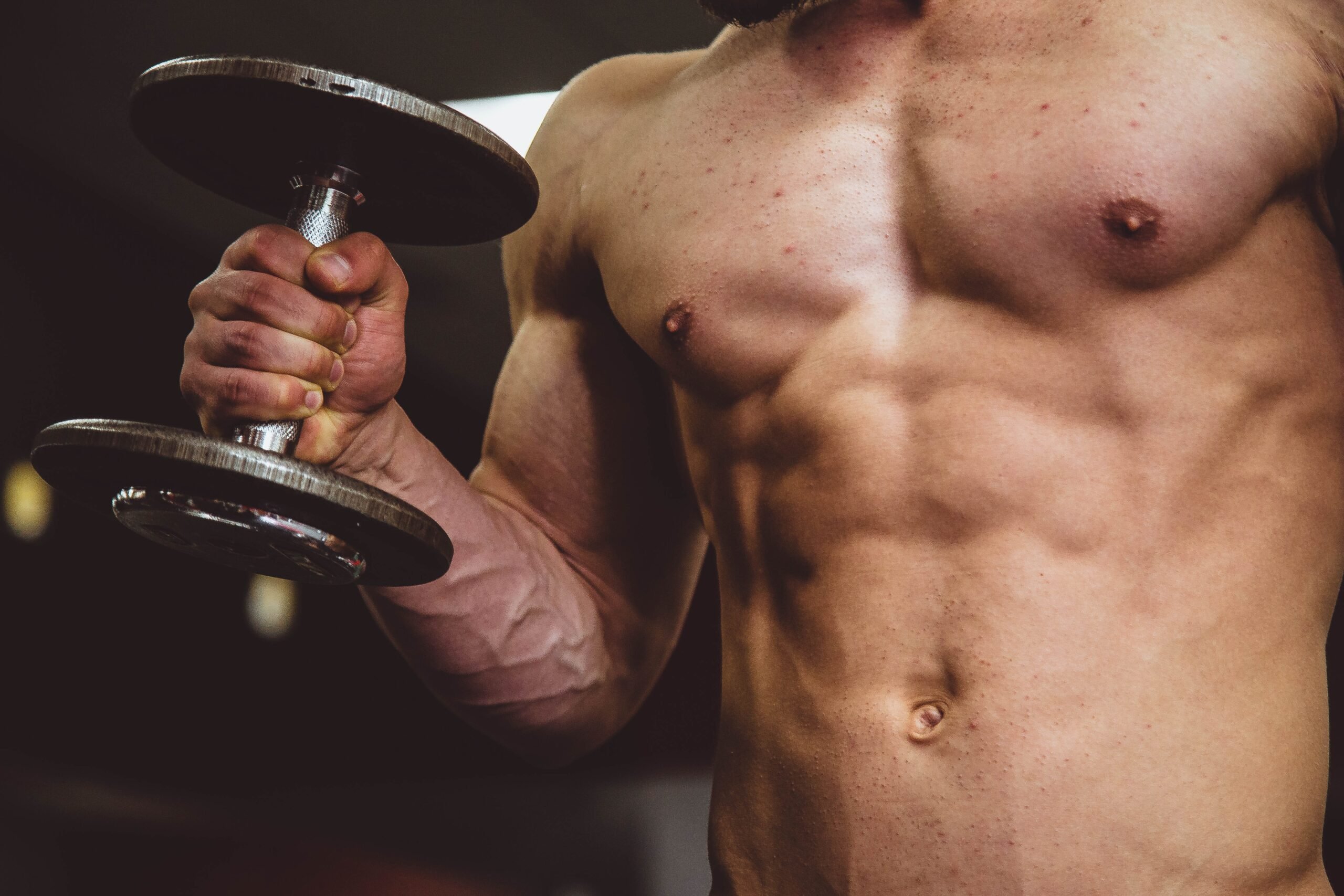 In this brief guide, we are going to answer the question “Are human muscles limited by the brain?” and provide an insight into how the brain and our muscles are connected.

Are human muscles limited by the brain?

Yes, human muscles are limited by the brain. The brain limits the body’s strength and use of muscles to avoid self-harm. Our brain, rather than our body, defines when it’s time to stop, expressed in pain and fatigue.

For centuries, men and women have challenged the limits of human endurance in some of the toughest sporting events held in the most inhospitable places.

As soon as primitive man began to travel long distances to hunt, our long limbs, furless skin, combined with the ability to sweat to regulate body temperature, have evolved to make us more resilient. But this does not mean that our body does not have its limitations.

Humans are hardwired to get stronger, faster and smarter, to climb higher, live longer, and urbanize every corner of the planet. We’ve broken a ton of world records in the last few decades, but when will we reach the top? As much as we improve our capabilities, we have limited potential

In the past, it was believed that muscle fatigue caused our body to slow down after excessive intense exertion.

But today a growing number of scientists believe that the key to physical resistance is in the mind.

How does the brain control muscles?

Muscular activity is mediated by the nervous system, and allows us to link up to the environment in which we live.

Kalat says that vertebrate muscles fall into three categories: smooth muscles, which control the digestive system and other organs; skeletal, or striated, muscles, which control movement of the body in relation to the environment; and cardiac muscles (the heart muscles), which have properties intermediate between those of smooth and skeletal muscles.

Each muscle is composed of many individual fibers; a given axon may innervate more than one muscle fiber.

How is hysterical strength possible?

The mother in that urban legend could actually lift up a car to save her trapped child? Maybe yes. It seems that dangerous, life-or-death situations add people more strength.

As we know, our movements are under contraction muscles control, through signals transmitted by neuromuscular nerves. In our day-a-day activities our bodies use the exact amount in muscle-nerve ”motor units”, trying to use the least as it can.

That means our muscles are programmed to use an amount according to the required activity. If you’re going to lift a glass of water, you will not need the same force as when lifting a 5 lb box. So, to lift up that heavy box, the brain simply recruits more motor units.

Research indicates that during maximal exercise, the amount of muscle mass recruited could be around 60%.  Dr. Zatsiorsky from the University of Pennsylvania that weightlifters achieve 80% with their training.

In 2006, in Quebec, a 5′ ft woman Lydia Angyiou fought a polar bear until it swatted her down. Her reason was clear: her child’s life was in danger; Angyiou saw a polar bear charge her son who was playing hockey. Does it sound like a superhuman?

The same year in Tucson, Arizona, an ordinary man named Tim Boyle saw a Chevrolet Camaro run over a cyclist, who was trapped under the wheels. He ran to the scene and lifted the car long enough for his driver to pull the victim out from underneath.

There are dozens of cases like these, where seemingly normal people make incredible shows of force in an extreme situation.

If a person wants to increase their physical strength, it’s necessary for them to submit into an intense training that not only develops their muscles, but also allows them to increase their ability to overcome pain, to tolerate more and more the fatigue produced by performing extreme activities.

Also have to adapt their whole body (lungs, heart rate, metabolism, etc); all this to increase the ability to use our physical strength, but we wouldn’t be using all of it, not even a considerable part if we consider the maximum point.

Hormons such as adrenaline, epinephrine and norepinephrine surge out of our adernal glands in dangerous and stressful situations. Therefore, it benefits the activation of the body and helps the body on a physical and psychological level to be alert to any situation.

Gordon Lynch, a physiologist at the University of Melbourne says “The release of adrenaline is almost instantaneous, that allows people respond correctly to fight-or-die situations”

For all this, adrenaline can be seen as a way of survival. It’s in those situations when the hypothalamus orders the secretion of epinephrine to the glands that immediately filter it in the circulatory system to distribute it throughout the body, causing different effects that together are those colloquially known as “adrenaline rush”.

Physiologically, when we’re under adrenaline, our breath and heart rate increases, redirecting blood toward the muscles. Spinial nerves run to our bodies’ muscles and recruit motor units quickly. ”The more motor units that are recruited, the greater the force that can be developed,” says Lynch, physiologist at the University of Melbourne.

Furthermore, during a full adrenaline situation, it decreases the body’s ability to feel pain.

Human body’s strength and use of muscles is limited by the brain to avoid self-harm?

Why our bodies keep so much strength in reserve? Safety. If we exercise our muscles to or beyond their maximum, we could tear muscle tissue, ligaments, tendons and break bones, leaving us in an unfortunate situation.

Our brains are constantly monitoring that our bodies are not in a situation where we can really damage something. Our bodies have inhibitory feedback loops to prevent our muscles generating extreme force. Without this, we might break our bones and tendons (Auch).

To appropriately disincentive us from damaging ourselves, humans have evolved to feel pain and agony during long periods of high exertion. Previous experiences disease us from trying to move something that we think it’s to too heavy, like a car, under ordinary circumstances.

Sometimes our body seems to be screaming out ”please, stop!”. In fact, we could do more or with greater effort, but we could hurt ourselves.

More than 20 years ago, muscle fatigue was chalked up only to physiological factors. Archibald Vivian Hill, 1922 Nobel Prize in Physiology winner, established that the limiting factor in exercise was the body’s ability to disseminate oxygen to muscles.

So, Hill believed that the higher the blood supply to muscle, the greater the exercise power that could be achieved.

Timothy Noakes, a professor in the Division of Exercise Science and Sports Medicine at the University of Cape Town made a ”Brainless model”. His work reframed the brain not as a spectator, but as a ”central governor”, with the responsibility for performance. Basically, the pain of muscle fatigue it’s not only a reflection, it’s more an emotion.

We can say then that our brain, rather than our body, largely when it’s time to stop, based on our psychology instead of the physiology of oxygen-starved muscles. So what allows athletes to overcome their brain’s protests?

University of Cape Town in South Africa Professor, Tim Noakes, suggests that our brains and not our muscles decide how far we can go. During intense activity our brain unconsciously prevents the body from succumbing to extreme exertion.

Ex-rugby player, Richard Parks was the first person to climb the highest mountains in the world and reach all three poles – the north, the south and the summit of Everest – in seven months.

“Skiing to the South Pole or climbing the highest mountains in the world, as an extreme athlete I’ve always had to train really hard physically,” explains Parks. “But I’m increasingly sure that it’s my mind and not only force that helps me to overcome the most difficult and life-threatening situations.”

However, scientists such as Professor Sam Marcora of the University of Kent believes that the reason that athletes can push their limits, rest and regain the conditions to try again, is due to a conscious mechanism that depends on the individual perception of overexertion.

Several studies show that athletes who do physical and mental training have a greater improvement: as much as 120%, compared to 40% of those who only work their physical form.

Dr Steve Peter, believes that our brains are made up of three independent regions which have the ability to work together. The first is our ”human” side which is logical, ”animal” is emotional and necessary to survive and responsible for all emotions and impulses.

And finally our ”computer” side in charge of programming the learned thoughts and behaviors. For the great elite athletes, controlling the animal side is vital to success.

So, strength depends on more than muscles?

It’s obvious that if we speak on a physical level, we are quite weak compared to animals of similar size, including monkeys (our close relatives). However, our muscular composition, although low in fibers and muscular insertions, allows great strength and above all, resistance.

The perfect way to show people are actually stronger than we would expect is putting someone in an extreme situation in which adrenaline increases, and survival instinct says ”Here we go”.

Our inexperience in using raw strength, our psychology, the need to use tools to replace our muscle-force and our unwillingness to push through pain escenarios limits our capacity of displaying the great strength we have in reserve.

According to Matt Furber, scientist at the GSK Human Performance Laboratory, “The mind definitely plays a role in physical performance, but the exercise, and hours of training are essential in endurance performance.”

However, Barry O’Neill, scientist of the cognitive laboratory, believes that many people can achieve that level of physiological preparation “but what differentiates a small elite from the rest of the group is the mind.”

Brain training is only scratching the surface on what’s possible. But it’s already seen as an essential ingredient for any athlete to achieve that difference over his opponent.

To be the best, the mind must be as strong as the body.

FAQSs: Are human muscles limited by the brain?

What is the maximum strength of a human?

If a person has an adrenaline rush,  it could push them into Enhanced Strength, but not Superhuman strength.

Why are human muscles so weak?

Compared to other animals of our size, humans are physically weak, this is due to our brain and central nervous system.

How physically strong can a human get?

The amount of muscle mass An average human can recruit is around 60%.  Athletes achieve 80% with their training.

What is the strongest muscle in the body?

If we measure the force in relation to the size, the winner is the masseter, in charge of closing the jaw: it can exert up to 200 pounds of pressure on the teeth.

In this brief guide we answered the question “Are human muscles limited by the brain?” and provided an insight into how the brain and our muscles are connected.

Noakes, T. (2012). Fatigue is a brain-derived emotion that regulates the exercise behavior to ensure the protection of whole body homeostasis. Frontiers in physiology, 3, 82.

Zatsiorsky, V. (2004). Muscle modes during shifts of the center of pressure by standing persons: effect of instability and additional support. Experimental brain research, 157(1), 18-31.