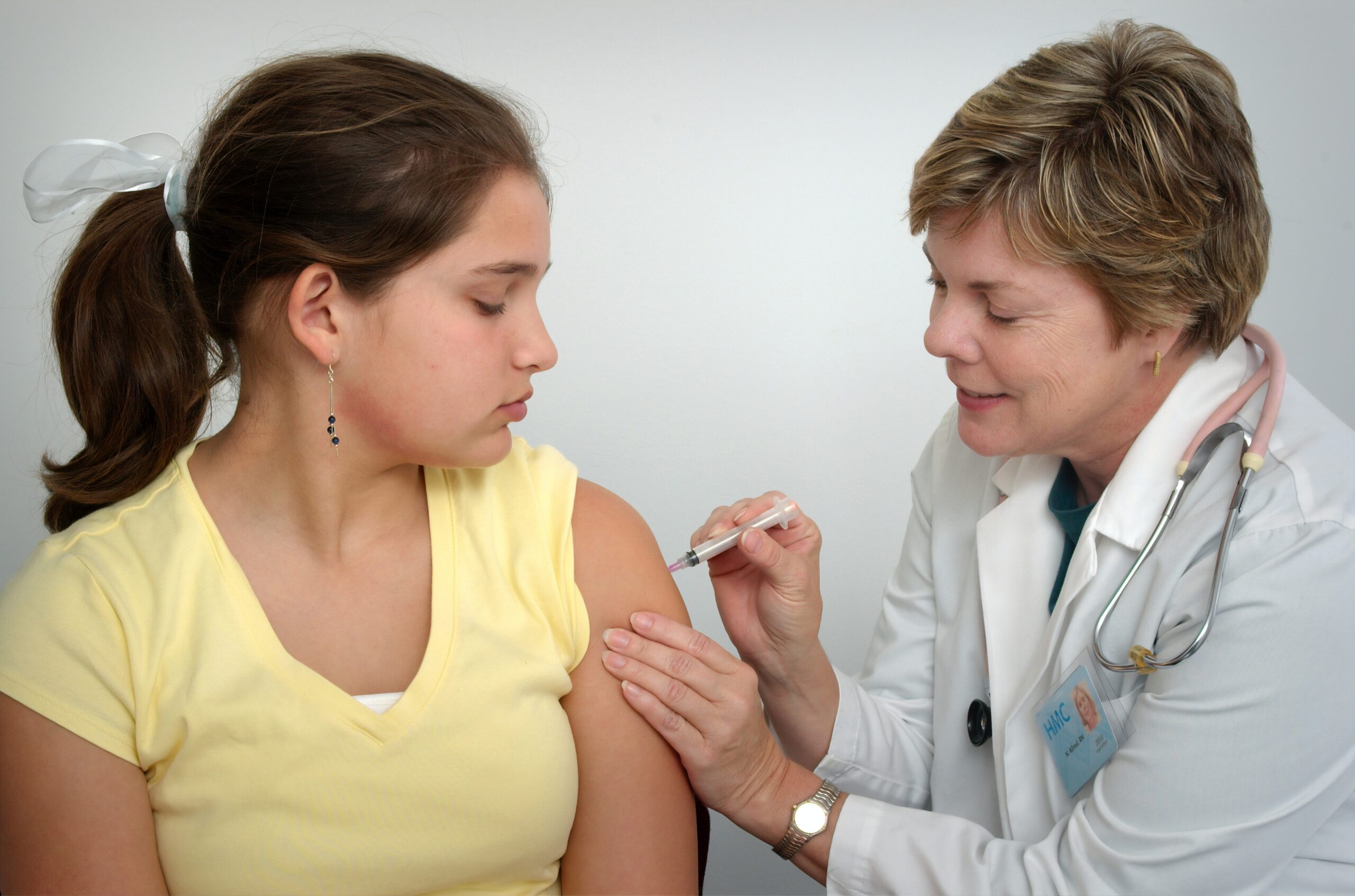 Can you get an idea of what a life would be like without being able to imagine? This is what happens to people with aphatansia. Read on to learn more about this condition.

In this article we will describe what exactly aphantasia is and what its historical development has been, as well as discovering if this strange condition has any cure or treatment.

The ability to visualize mental images, the ability to imagine, is an ability that most of us consider inherent in being human. However, there are many people who are not capable of creating such images.

Until very recently it was a very little studied condition, and although it was discovered by Francis Galton in 1880, it was not until 2015 that the term aphantasia was coined.

What is aphantasia and why does it occur?

It is an unusual condition that causes people to not be able to create images in their mind, that is, they cannot perceive images with their mind alone. Nor can they evoke memories in the form of images. It can also be known as “blind mind.”

The most widely accepted explanation for the origin of aphantasia is in the pineal gland. When we retrieve a memory, it seems that the pineal gland, our “mental eye”, tries to reproduce the same patterns of activity that were in place during the fixation of the memory. It is believed that in people with aphantasia this process is interrupted in some way.

At the opposite pole of the continuum “capacity to form mental images” (to call it somehow), we find hyper-aphantasia. People with this condition have the ability to create vibrant and detailed visual images. Can you imagine how easy it is for these people to perform a guided meditation?

Living without imagining: the testimony of Blake Ross

Blake Ross, one of the creators of the Mozilla Firefoz internet browser, published an essay in 2016 explaining what it was like to live with aphantasia. We are going to tell you the highlights of his testimony so that we can get a better idea of what this condition implies.

As Blake recounts, he hallucinates that most of us have the capacity to imagine, since he has never, ever been able to imagine. Not even his room, even if he had been inside five minutes before.

For example, if you are asked to imagine a friend’s face, you know their characteristics (hair color, eye color…) but you cannot “see” their face. However, if he met an acquaintance on the street, he could recognize him.

It seems that the ability to name a face is independent of the ability to put a mental image to a name. Even so, there are cases of patients with afantasia who also have prosopagnosia.

However, this aphantasia is not limited to visual images, but it is not able to remember the taste of a pizza, the touch of a velcro or the smell of a cologne.

In addition, he says that he does not usually dream, or does not remember what he has dreamed. If you have had some dreams, but lacking in sensitive and visual content.

On the other hand, if you are asked to draw a picture, any resemblance of what you draw to reality will be purely coincidental. Not that I draw fatal. It is that yes, it is capable of knowing that a dog has a body and four legs, but it will not look anything like the image of a dog.

Another curious fact is that when he reads, he tends to ignore the parts of the text that describe the context, because they do not help him to get into the story, he is unable to transport himself to the place or situation described. Something that we would consider necessary to “get into” the plot, he considers completely useless.

The aphantasia has a cure?

As we said, only a very small percentage of the world’s population (between 2 and 5%) suffer from aphantasia, that is, “mental blindness”. This is recognized by an Australian research published in the journal ‘Scientific Reports‘, which found that this particular failure of the mind makes it extremely difficult to remember the past, venture a future image and even dream.

“The human mind is like an expert simulation device that allows us to mentally travel through time to forecast the future and re-experience the past,” says Alexei Dawes, lead author of the study and professor at the University of New South Wales, in statements collected by the magazine ‘Cosmos’.

“For most of us, mental images end up forming a rich and vivid set of simulations. They bring color, shape and light to our internal worlds.”

Surely the night before taking an exam you have imagined yourself more than once sitting there, with pen in hand, even reading the possible questions that you wanted to fall. This is still the brain’s ability to interpret future events, plan them and make decisions.

On the other hand, those who suffer from aphantasia cannot in any way anticipate upcoming events or go back to the past.

Unable to imagine anything?

The phenomenon was described for the first time by the anthropologist Francis Galton in 1880, although it was not until 2015, very recently, that it was once again interested in the scientific community after the publication that same year of a study entitled ‘Lives without imagery: congenital aphantasia ‘made by the University of Exeter which finally coined the term.

Currently, research on the subject is still scarce, hence it cannot yet be considered a pathology or disease.

Dawes and his team gathered more than 250 people who claimed to have aphantasia and subjected them to more than 400 tests to assess their “cognitive fingerprint.” Participants also responded to questionnaires that measured their ability to use images, memory and imagination, as well as to respond to stressful events in their private lives or dreams.

“Most of us will remember events from the past by imagining the scene in our minds,” Dawes says.

“We add colors, shapes, shadows, tones and movement to the images, almost as if they are being projected in our minds. We could contemplate the blinding white of the clouds, the soft green of the grass or the movement of the shadows across the tree branch. However, people with aphantasia lack this rich sensory detail, so they can remember things that happened but are unable to draw them in their mind. “

“They cannot see the crowd that applauds the bride and groom at the wedding when they kiss or the bright red of the sun that sets on the horizon,” he emphasizes. Instead, all they see is a blank or black board.

“This could lead to serious cognitive problems for this class of people since without the ability to imagine (note that the verb “imagine” already has the word “image” implicit), how do you visualize numbers to solve a mathematical problem or plan a future?

How are the memories then of people with aphantasia?

Lacking images, they will have to resort to sounds or sensations, perhaps smells. Obviously, this also influences the dream section of the mind, hence people with this mental blindness have serious difficulties dreaming, or in any case, remembering what they dreamed of.

After all, the unconscious, like the brain itself, is a field whose mysteries still intrigue scientists. If you want to know more about this curious phenomenon, this group of Australian scientists has created a web platform in which to store all the knowledge on this subject called Future Minds.

Is there hope for the future?

The commonly accepted explanation for aphantasia is that when we run a memory in the pineal gland (our “mental eye”), we are trying to reactivate the same patterns of activity as at the time when the memory was formed. It is a brain procedure that could be interrupted in some way, perhaps due to a failure in the neurons in charge of this task.

That is why they also call it “mental blindness”, although this name could make it seem that those who suffer from aphantasia are condemned to the immediate, and that they can only live the moment; but it’s not like that.

In this sense, that of patients with aphantasia could be a memory that is sometimes less “tainted” by the imagination’s own aphantasia. This plays such an important role in the generation of the brain’s memory “file” that it can sometimes even misrepresent them.

Those are just the rants of memory. But imagining in itself is a capacity that, although not always reliable, fuels our aphantasia and is essential even for living in the present.

For this reason, hundreds of neurologists are already studying the possibility of creating a treatment that helps the brain of patients with aphantasia to do what it naturally does: make us imagine whatever it is.

Is Aphantasia a mental illness?

Aphantasia is a cognitive disease that affects between 2 and 5 percent of the world’s population. It is not a mental illness.

Although the precise existence and effect of this disorder is not yet clear, studies indicate that aphantasia can have a detrimental impact on memory. … When recognizing faces or navigating spaces, some of those affected by the condition have experienced trouble.

Why can’t I imagine things anymore?

Most individuals, known as their mind’s eye, can readily conjure images within their brain. But this year, scientists identified a disorder, aphantasia, in which mental representations can not be visualized by some people.

Can Aphantasia be caused by trauma?

Psychological trauma may be likely to cause aphantasia, although there is no proof to date.

Can someone with Aphantasia dream?

Dreaming is an involuntary action and, apparently, fantasy only affects the voluntary construction of images.

In this article we have described what exactly aphantasia is and what its historical development has been, as well as discovering if this strange condition has any cure or treatment.

Faw, B. (2009). Conflicting intuitions may be based on differing abilities – evidence from mental imaging research. Journal of Consciousness Studies, 16: 45-68.